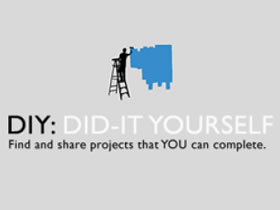 It is already known that western societies  based on marketing, communication and advertising  often rejected some controversial and revolutionary activities that, years later, were considered very cool attitudes.

In this sense, web 2.0 rediscovered and brought to the forefront the so-called “Do it yourself” (DIY), with punk origins. Hey user, why don’t you do it yourself your web pages, your blog, your community, your web life? It’s not a bad idea. Nowadays, what gives us energy is creativity, our desire to personalize everything, individualism. We want to emerge, we’re scared by the possibility to disappear in the mass.

This happens in (the so-called) real life, but also in virtual life. So, why should I have a web page like everybody, since I could have, without any effort, a web page made and invented by me, rediscovering my old “Lego bricks syndrome”? The web 2.0 companies understood it, and gave great importance to virtual spaces personalization and to users-authors’ freedom.

Just to mention some of the most evident examples: from Flickr, Myspace, Youtube, Facebook, to the latest inventions such as Ning , a sort of meta-social network that offers the users the possibility to invent, create and organize their own community. Users are constantly fascinated by freedom and independence that all these websites offer. And Netvibes , with over 10 million users every month, launches its DIY universe , a personalization project. Users create, organize and control. We could say: they’re free. But if we think about it for a moment and analyze these advertised independence activities, we’ll find out the real trick: the lack of control and power over the creation tools, i.e. architecture and development codes.

It means taking the “do it yourself” philosophy and depriving it of its subversive powers: creation and control tools. In punk it meant getting rid of majors (Do it yourself not EMI), while in this case it could mean getting rid of the greatest monopolies such as Google-Yahoo. However, the “Do it yourself” concept of Google generation is like a puppet without strings.

So web 2.0 is really useful, with its fascination and attraction tools, its ability to make us feel like real web designers and online artists (just to have a higher self-esteem), but also writers, film-makers, photographers and everything else. But don’t forget that, among blogs and tag clouds, freedom is not a gift, and that DIY is something more than a widget or a personalization web page.

he exhausting, hard but real DIY means discovering new languages and new ways and places of expression. You can’t find it in the soft, glossy and luminous web 2.0 pages with 100 million users every month, but in the less peopled and less charming networks of artists, activists, and hacktivists. Don’t forget it while you’re visiting Facebook and Myspace. Web 3.0 could start from here.