The Production Of Truth. The Aesthetics Of Journalism 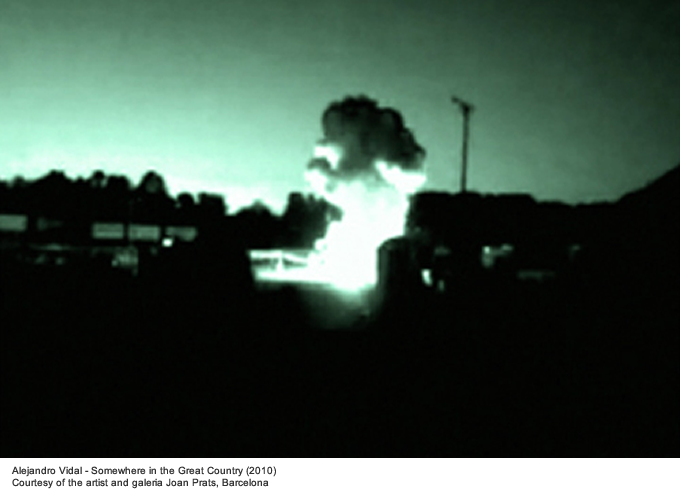 At first glance the premise, and promise, of the exhibition “All That Fits: The Aesthetics of Journalism” at Quad Center in Derby from 28th of May until 31st of July might seem contradictory and unlikely, even unfeasible: what on earth could be meant by the aesthetics of journalism? Surely journalism is something to be thought of and discussed in terms of ethics not aesthetics?

But move from the glance to the gaze and something else will appear, something will come into view: a certain organisation of matter, maybe a certain framing of the real that allows it to be perceived and accepted as real, and a specific modality and mediation become visible, whether on the TV screen, the pixilated surface of your pc, or the smudgy print of your newspaper and the glossy pages of your magazine.

These formats and their styles of writing and imaging are all the result of very precise and finely tuned aesthetic choices, even if we do not give them much thought in our daily contact with them. Some things such as editorial processes, long since established into given formats in terms of length, image sizes, segment durations and so on, are also aesthetic and not only ethical. 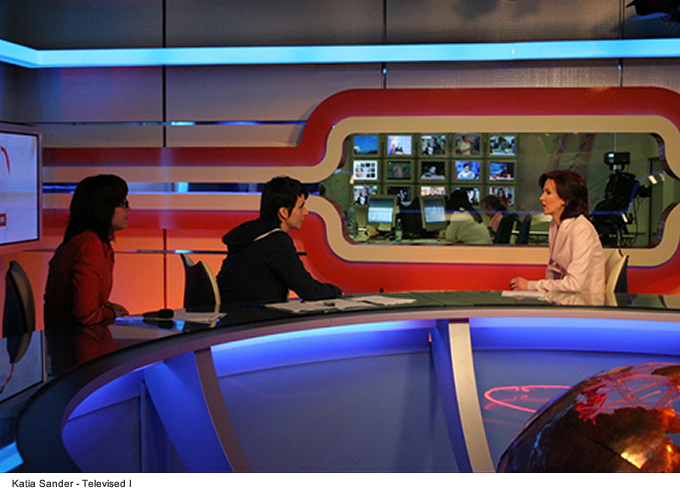 The exhibition “All That Fits: The Aesthetics of Journalism” is set out to explore these aesthetics of the medium, journalism, in terms of what can fit into existing formats. The first half the title is All that fits and refers to the “New York Times”‘ famous slogan All the News That’s fit to Print!.

Surely, this dictum had an ethical impulse, if not a moral tone, indicating that they would never print something that was improper or ill-timed, and certainly also never anything that was untrue. But it can also be understood in a more formal way, that is in terms of what fits into the format of the newspaper as an object and circulator of discourse, as well as the formats within it, from front page, feature article, columns, obituaries, paragraphs and so on.

What happens to that which cannot fit into the formats of, for example, an article or a news segment, or a documentary? There seem to be just two possible answers: either it is cut down until it can fit, that is, it is made to fit regardless of its materiality and identity, or it is simply discarded altogether, since the formats cannot be altered. (The exception to this rule would be rare rather than regular, for example the photographic horrors of natural disasters, major political upheavals or sudden wars.)

However, we think there might also be a third answer. That which does not fit into the formats of mass-media becomes the potential material and topic for works of art. Here we are primarily not thinking of strategies of excavation, archiving and an interest in the arcane that has long been one of the hallmarks of contemporary art. We are thinking of documentary and activist practices that attempt to highlight what has been left in the dark.

We can consider the artist as a journalist, researching and reporting from the frontlines of cases and stories outside the blinding light of mainstream media. This, then, would be another meaning of the phrase The Aesthetics of Journalism, covering instead the use  from the point of view of artistic production  of traditional journalistic devices for an aesthetic and political project. 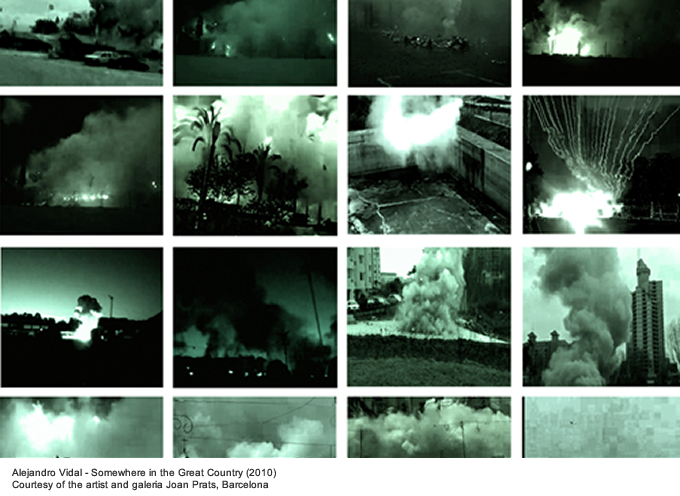 “All That Fits: The Aesthetics of Journalism” presents seemingly incompatible components such as aesthetic experiences and political activism, community events and private investigations. The exhibition thus provocatively tries to advance the idea that art and journalism are not separate forms of communication, as mostly thought, but rather two sides of a unique activity, which is the production and distribution of images and information.

What the project brings to the surface are the ways of communicating that this nexus of imaging and informing produces, as well as the aesthetic principles used in such an ordering, in such acts of transmission.  As visual regimes, both the journalistic and the artistic make claims for the truth, albeit of a different kind. The former is a coded system that speaks for the truth (or so it claims), the latter a set of activities that questions itself at every step (or so it claims), thus making truth

Throughout modern times, it has been of vital importance for journalists that their reports are taken to be truthful: true images, correct facts and impartial wording. For the artist it has been more important that s/he was true and authentic. Because it is increasingly difficult to look at something and safely identify it as art, the figure of the artist must appear as truthful and real as possible. Whereas journalism traditionally provides a view on the world ‘out there,’ as it ‘really’ is, art often presents a view on the view, positing truth through critical acts of (self) reflection and auto-critique of how images are produced, and what they say.

All That Fits: The Aesthetics of Journalism will examine both as types of truth production, as systems of information that define truth in terms of the visible: producing not only what can be seen, but also what can be imagined, and thus imaged. As such, this exhibition revolves around the aesthetics of journalism: how images are produced and how they are produced to appear as truthful. 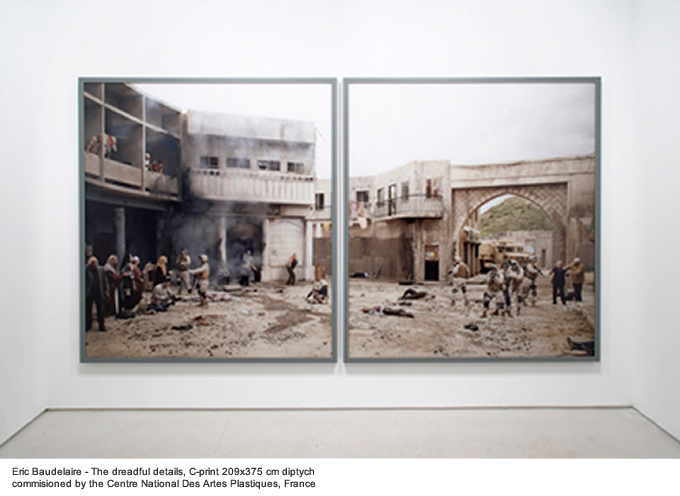 Here, we start to get closer to the core of reality itself when we make our reality not a given, irreversible fact, but a possibility among many others. There are always stories to tell and many ways to tell them. But what is important is how we partake in this narration of the real, and not just leave it to others. We do not only consume images and ideas, but also criticise them, and in turn, maybe make some of our own. The production of truth is a shared undertaking, with vast political and social ramifications.

In his late work, the French philosopher Michel Foucault wrote about the politics of truth, particularly what could be the meaning of the ancient Greek term parrhésia, which means telling the truth (Michel Foucault: The Courage of Truth  Lectures at the Collège de France 1983-1984, Houndsville,Basingstoke: Palgrave Macmillan, 2011.

What Foucault was questioning was the figure of the truth-sayer. Who can speak the truth, and does it require certain types of speaking as well as taking up certain hazardous positions? In antiquity, the occupation of this position was at the peril of one’s own life, and thus required courage and self-sacrifice. This has led many a contemporary commentator to focus on the heroic aspects of parrhésia, pointing out injustices and speaking on behalf of the people against the power that be, regardless of the consequences for oneself.

As single figures, both the reporter and the artist have throughout modernity been viewed as such authentic voices and heroic figures. Simultaneously, though, they are constantly vilified as being complicit and corrupt, of reneging on their potential position of truth-sayer. However, for Michel Foucault the situation is even more complex, indeed double: in order to have the ability to speak the truth to power in antiquity, one could not be just anyone, one had to have a position that was somehow connected to the despot, and speak from a position of authority 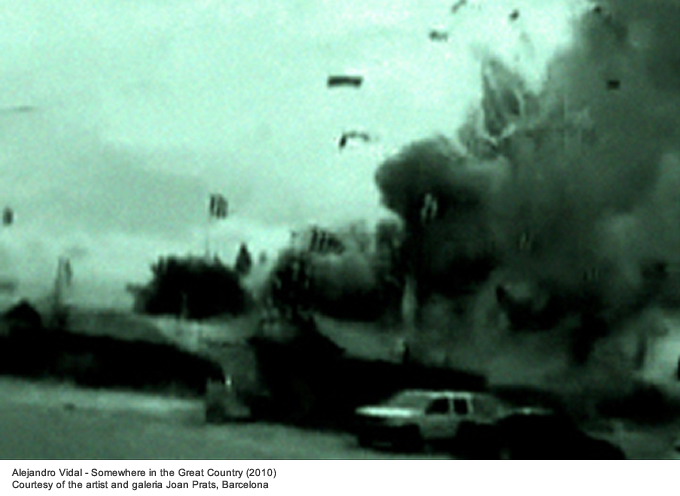 In order to do so, we have divided the works into three subgroups or themes:

The exhibition will take the form of a rotating display of works, figuring in different compositions that all revolve around the key questions of truth, images and information. At the same time this will reflect the rotation of the news cycle, albeit at a different, slowed-down speed. We believe that this will make our curatorial editing more visible, and also user-friendlier, with the works not just one after another in an endless row of images and information, but with a juxtaposition of different approaches each dialoguing with each other, with the media and the overall theme in various ways and in various combinations.

The Speaker concerns itself with a specific figure; the speaking subject or author. How does this figure emerge through discourse, and what are its functions? What can be said and not said in order for a speaking subject to appear as real, as authentic, as authoritative and/or as truthful? How are subjects positioned, and how is truth produced, and subsequently staged? What is implied in certain speech acts and subject positions, such as the figure of ‘the reporter’ and ‘the artist’, as well as ‘the witness’ and ‘the source’?

The Image examines how images are ideologically produced, through the framing and positioning of the mechanisms of modern mass media, its figures of authority and figures of speech, but also how counter-images can be created. Here, the many different ways of image production will be reflected, discussed and deconstructed. An aesthetics of journalism and documentary will be proposed to get to the truth of the ideology of mass-media images, in opposition to the claim of neutrality and pragmatism.

The Militant continues the strand of counter-images and counter-information, but through the artistic employment of journalistic traits such as exposé and research. However, the practices highlighted here often work against the media, and uncover what it does not want uncovered, going where it does not want to go. This returns us to some of the media’s initial claims that have been brushed aside in an increasingly commercial and corporate media industry. 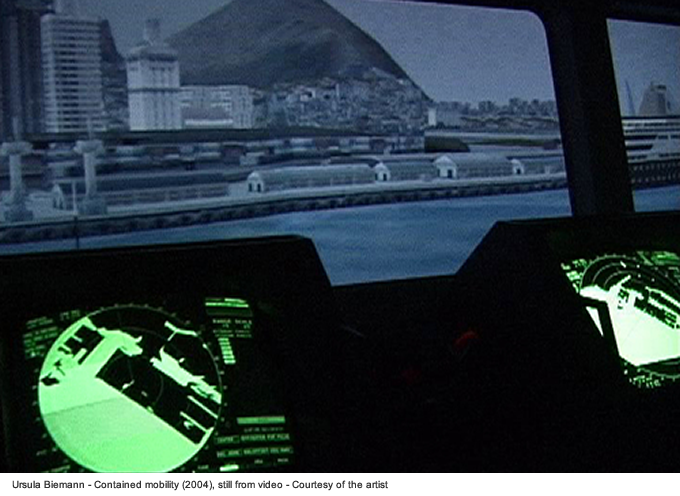 The artistic positions in the exhibition thus generate a principal question: is it possible to work with aesthetics and informatics, to be both reflective and precise? To both employ documentary techniques and journalistic methods while remaining self-reflecting and critical on those means?

Ultimately, the artist’s work here is not about delivering information but questioning it, to highlight both the aesthetic working of reportage and the informational turn within current artistic production.