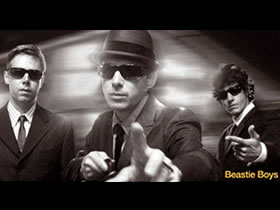 The Woodstock of the electro contemporary music is back to lighten the most cosmopolitan city of the entire Europe : Sonar and Barcelona , an indissoluble relationship, almost symbiotic, between a worldwide event and its city.

Sonar is talked every year as good and bad show, but every year the kermes is on, comfortably the same as the past and differently chaotic in its proceeding, always attentive and focalized not only on the music and sound but also on the entire world of multimedia art, technologies and communication.

Far from the intellectual arrogance of many new media art international festivals, near to the socio-cultural perception that young and not have of the changes, even if it remains faithful to its imprinting of “advanced music” exhibition, it is now a boiling melting pot of realities linked to the new media in a bigger sense. The collaboration and media partnership of this year with Digicult could maybe be the most indicative data of my reasoning.

Faithful to its original plan of communication, a little bit pop and a little bit anarchy, a little bit ironic and a little bit kitsch, Sonar is even this year in the hands of an iconic imaginary that differentiate from everything. The painting images, retro and expressionist, about the History of Surgery, signed by the photographer Lejaren A. Hiller, invaded and gashed by the presence of a out-of-context Smiley of acid memory, are able to describe the actual situation of “uselessness of return, both to the past and toward the future, to leave the public with more questions than answers”.

Even the 2007 Sonar edition has its unchallenged star. But maybe this year the stars in the sky of Barcelona from 14th to 16th June will be actually two. From one side the unquestioned kings of the white rap, one of the group that are not disputable, because of their precision and the quality of their product in fifteen year of honoured career, the Beastie Boys . From the other side the Devo , and those who doesn’t know them, please take a look at the history. Pioneers of the convergence between post-punk, pop-rock and electro music, a hinge group of almost all the musical movement of the last twenty years, they’re far from the scene from fifteen years on. Nothing to add, only the presence there is important. The Beastie Boys are maybe the real protagonists, because of the double concert they will propose as performers of the starting Gala of the Sonar, on Tuesday night. The Brooklyn guys unplugged are unknown and the curiosity is growing, even because of the techno accompaniment of the minimal-techno project Narod Niki .

Around this neuralgic event, Sonar 2007 is announced as the same melting pot of known proposals and new projects, showcase and meetings, projections and installations, multimedia and communication. It is hard to tidy up, it is stimulating trying not to let yourself panic and trying to orientate in the Sonar universe. It is attractive to let yourself following the emotions of the moment.

It is high the anticipation for the return of the dubstep music, one of the most original trademark of the UK during the last ten years. The English colony is coming down in Barcelona with Mary Anne Hobbs, Kode 9 & The Spaceape, Various Production, Skream and Oris Jay , for an international consecration that will be a good turning point for a media return of this musical genre, straddle to dub, techno and garage.

It is equally interesting the contrast proposed between artists such as Digitalism, Radioslave, Altern8 and Fangoria , related to the rave scene and fascinated by concerts for piano and electro music such as the one proposed by the neo Barcelonan Murcof with the musician Tristano and the live by Alexander’s Annexe with Mira Calix .

As praxis of the international festivals and trend of the last few years for Sonar, the attention is also focused on the far east. The novel is about China and not only Japan . In fact, when the return of Cornelius and the presence of the Japanese Kazumasa Hashimoto and Juanji Kubo is appreciated, a strong consideration is toward the Chinese White, 718 and mostly FM3 with their Buddha Machines plenty of experimental ambient sequences made by artists such as Aki Onda, Thomas Fehlman, Blixia Bargeld, SunO))) and Adrian Sherwood .

Japan will be protagonist of the usual showcase inside the festival. The label Noble will be in fact pacesetter of a section enriched by the presentations offered by Innervisions (DE), Lo Recordings (UK), On and On Records (FR), Station 55 (ES) BBC Radio 1 (UK), Ed Banger (FR), Hot as HEL (FI) and Beijing Waves (CN) . And for those that interpretate the Sonar only as a big rave, here’s the not to be missed masterpiece of Sonar by Night: Jeff Mills, Dave Clarke, Timo Maas and Miss Kittin , faithful to the cause, ready not to save anyone.

But as you know, Sonar is no more only music, but also multimedia. In fact the equilibrium is getting more and more attentive and refined. The SonarMatica section is dedicated to the installations and the new media projects. Sonarama is dedicated to the experimental integrations of audio-visual. SonarExtra manages the most avant-garde section. SonarCinema handle the projections. And then conferences and debates foresee a kermes almost unmanageable in three days.

SonarMatica decided this year to focalize on something different from the new concept of contemporary territory developed during last three edition (micro-nations in 2004, settings of the 21 st century in 2005 and the mobile project of 2006), that is in a certain manner more immediate: the magic world. An exhibition dedicated to the Third Law of Arthur Clarke (writer of 2001: a space odyssey) and his statement ” Any sufficiently advanced technology is indistinguishable from magic ” . Masaka Fujihata, Paul de Marinis, Julián Maire, Takeshi Ishiguro, Golan Levin and Zachary Lieberman will give magic instants with their installations and their works, combining their projects to turn SonarMatica 2007 in a magic moment for experts and not.

Similarly the Sonarama will give to the public into the Centre d’Art Santa Monica near the harbour exhibitions, lives, meetings and immersive paths between music and images. The space of the sound, the immersive audiovisual sinestesia.

Last but not least, SonarExtra is on from the 25 th April at the Scince Museum of the Cosmo Caixa of Barcelona. It will propose the exhibition “Physics and Music. Vibrations for the soul”, moment of scientific and technical approach to the art of music and sound. The spectators will have the possibility to experiment how the basic properties of music such as tones, timbres, intensities, harmonies and rhythms propagate in the sensorial organs of our bodies, through a series of instruments, sound sculptures and installations of the French brothers François and Bernard Baschet .

Italians? No footprint, no one, nothing, niet, nada. Always the same old song, but this is another story.