Some Buoys For The Science By The Bay 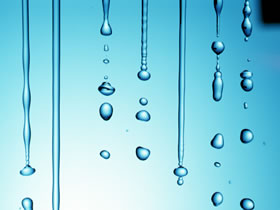 In San Francisco, from 15th to 19th 2007 there will be the meeting Science by the Bay. The annual conference is organized by the American Association for the Advancement of Science (AAAS), one of the most important non-profit scientific associations of the world.

The AAAS is surely one of the most influent scientific associations, thanks above all to the publication of the magazine Science and to the news service Eurekalert.org, an informative system supported by the universities, medical centres, newspapers, governmental agencies, multinationals and other organizations which gives continually scientific news regarding the most different fields of the knowledge: from farming to mathematics, from archaeology to medicine, from atmospheric sciences to pedagogy of the scientific literature.

The international meeting Science by the Bay, conforming to the aims of the association, has the aim to promote the public comprehension of the science with a strong interdisciplinary approach. This year the different session of the addresses will have as the theme Science and Technology for sustainable Well-Being. The scientific research must give answers to these questions which regard the possibility of inclusion in the dynamics of economic and culture development of 80% of the global population which many times cannot satisfy the primary needs such as the drinking water, a suitable nourishment, an expectation of life which is more than 50 years; or how to deal with the threats of the earth biodiversity and the environmental disasters which in the last century seem to be multiply or how to find sources of alternative energy to oil, but also how it is possible to combine an intelligent use of science with technology for the defence from the terrorism, without encroaching the individual freedoms of the citizens.

A personal itinerary of the conferences, programmable with the web site, should, according to my opinion, satisfy some particular sensibilities. For example, since the meeting is addressed both on national and international dimensions, one of the first omens we can take from the choice of the addresses is to take particular attention at the concept of heterogeneous time of the nations, that is at the comprehension that the different nations (and regions) of the world, even if they are connected by a dense informational and economic network, live however different perceptions of space, time and science which reflect on the sense of the national community.

How Pathie Chatterjee sustains (P. Chatterjee, the Nation in Heterogeneous Time, Futures 37,2005) citing the work of Benedict Anderson of 1998 (the Spectre of Comparisons), an homogeneous and empty time, that is void of conflicts among groups of the community, is only that of the pure capital (it is not a case that she uses a Marxist word). The scientists and the scientific informers must keep in mind that the science and its sceneries pass towards the consciousness of the time, that is towards the common sense which involves different socio-cultural constructs. For example how to communicate, from a pragmatic point of view, the theme of the contraceptive prevention in those poor areas of the world where the HIV diffuses rapidly in the young people?

Another important theme which should be followed in the addresses is the communication of the sustainable development with the mass media. How, for example, to conjugate the sustainability, the wealth and the complex scientific arguments which could solve this contradiction, when the communication of the future sceneries is promoted by the commercial televisions which propose an easy rhetoric of the catastrophe or of the salvation applied to the science, where the scientific discoveries are on the agenda and are the last myth of the western culture  according to a Feyerabend’s definition  or are represented as a source of catastrophe and disappearance.

Moreover a more complex problem regards the economic system of the commercial mass media: how to communicate the theme of the sustainability when, for example, the commercial TVs are supported only with the culture-ideology of the consumerism? See for this argument the program of the Transnational Advertising Agencies (TNAA) which goes in the rightly opposite direction to a sustainable development. This problematique is one of the points of reflection of Jose Ramos in the issue “Consciousness, culture and the communication of foresight” nr.38 of Futures of 2006.

Developing countries, mass media, divulgation, vulgarization and rhetorical strategies of science are only some of the buoys which a vigilant listener shouldn’t lose sight in their navigation inside “the bay of science of San Francisco “.