Visual Signage In The Italian Ether 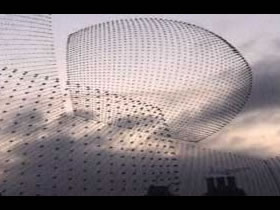 Next 9 th and 10 th June the spot in disuse of the Pontedera Piaggio factory will put up the 2MANYVJS second edition, vj’ing and electro music festival that unites young artists of the electro scene, with due care for Italian area. The idea was born in 2005 during the meeting of a little group of vj’s and new media experts, with the intent to create a dynamic feedback among visual artists, structured in a roundtable where different performers work together on three screen.

This year the event, organized by Susanna Tesconi, Silvia Bianchi and Antonio Zavagli and promoted by VjCentral , proposes a mix of the two souls of the electronic a/v production. The dance matrix of the entertainment and the experimental collaborations. From this ambit the a/v symbiosis of the 9 th June. Besegher e Flushing Device , with Monotono , a dedicated trip into the fascinating world of little things that create the real outside the Es, stimulated by the visual in super8 by Valentina Scotti (Besengher) and the sound silence by Alessandro Massobrio (aka Flushing Device ), musician and theatre sound designer, composer in love with natural and dense sounds.

During the evening the three dj’s from Florence Ether , active by the middle 90’s and related with labels such as Musikelab and Al Records, with the visual mix by Selfish , alter ego of the video artist that creates in his lives stratifications of elaborated samples until they dissolve in lights and shadows. Selfish has collaborated with lots of Italian and international artists (Marco Parente, Marco Messina, Lorenzo Brusci, David Cossin, Don Pasta, Graziano Staino, Larry Heard, Timet).

Close up for the evening the dj Daniel Meteo , founder in the 2000 of the label Meteosound and resident of the Berliner club Maria Am OstBahnhof. He will enrich his sound made of hip hop and melodic scores with 3D abstractions by Progetto [ANTENNA ] (see the interview to Bertram Niessen in the last Digimag edition), group born in 2004 by the union of , fed by a heterogeneous and interdisciplinary visual research that goes through installation to video environment, to realization of musical video-clip.

During the second day the duo Apes on Tapes from Bologna , formed in 2005 and author of Ape re_thieves , out on the netlabel Homework Records , will mix abstract hip hop vibrations with Miss Plug_inn visuals. In succession the acoustic-motory stimulations of the duo Nice Guy , winner of the Elettrowave 2006 a/v section, that synthesizes electro and minimal tekhouse, accompanied by provoking visual fluxes.

The dj-set by Francesco Parra and Giulio Andreini closes the event. Dj-producers from Pisa and Livorno , founders in 2001 of the project Eclat . With this name they participated during the years to international events such as Sonar and Red Bull Academy Live, publishing for labels such as WashHouse (UK), Trapez ( Germany ), Anorak ( Germany ) and Pias (UK). The syncopated rhythm of the acid minimal house by Eclat will insert the visual duet composed by two Roman crew. Kinotek , with Mattia Casalegno and Giovanni D’Aloia , presents in festivals such as ContactEurope, Diesel U Music, Arezzo Wave, Dissonanze, Roma Europa Festival. Fans of vibrating visual analysis of the sound waves elaborated in synthetic and minimal composition. Lanvideosource , with Gianluca Lisco and Enzo Varriale , video artists and vj’s that participated to shows such as Live Performes Meeting, Italian Live Media 03, Mostra del Cinema di Venezia, Wobd. They work to the creation of sets characterized by the reciprocal contamination of video data and the extreme process of the material, manipulating the mixture to create metamorphic and abstract systems.