Darren Almond: The light between us

Fondazione Donnaregina per le arti contemporanee in collaboration with Polo museale della Campania and Incontri Internazionali d’Arte, in the context of the 2018 edition of Progetto XXI presents The Light Between Us, a new exhibition by British artist Darren Almond.

The Light Between Us brings together works from different chapters in Almond’s long career. Each series presents a unique investigation into the relationship of time, place and memory, both from a personal and collective point of view, and the dialectics between the digital and analog language that the artist uses to express these ideas.

The development of each picture, which shows landscapes captured during specific journeys undertaken by the artist, is in line with the tradition of Eighteenth and Nineteenth-century landscape painting. This tradition, deep-rooted in Campania Region, is re-interpreted in Almond’s work, thus creating a new way of capturing the vastness of the landscape, in the wake of contemporary aesthetics and the awareness to technology. 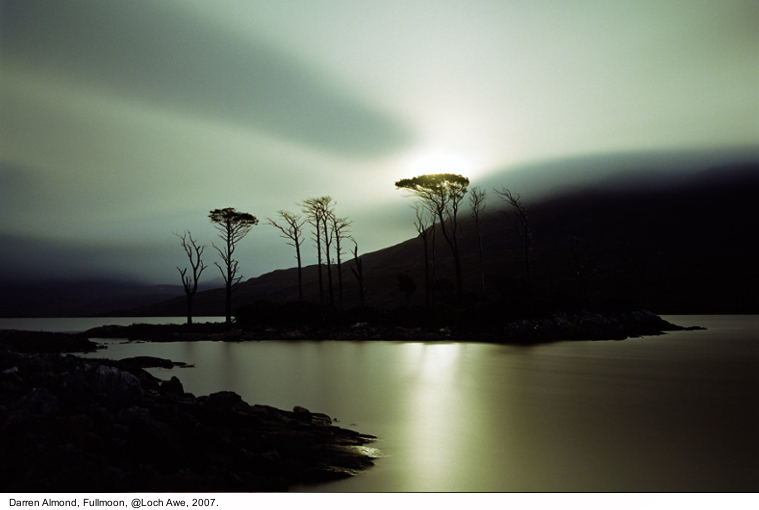 The Light Between Us includes works from Almond’s Fullmoon series. These large-scale nocturnal landscape photographs, begun in 1998, are taken during the full moon using a long exposure time. The resulting images appear unreal: the landscapes are bathed in an unfamiliar light, so much so that the night seems to have turned into the day.

The development of these pictures is the revelation of a moment in time and a demonstration of the physical presence of light. In viewing these works, the audience will be taken on a journey alongside the artist. It is not just the momentary view that Almond is sharing, but more so the presence of passing time which informs each image and perhaps the landscape itself.

Like the Fullmoon series, many of Almond’s works are the results of his journeys into inaccessible and remote places, such as the Arctic Circle, Siberia, the Sacred Mountains of China, and the Mouth of the Nile River. In 2007, inspired by the poet Joseph Brodsky, Almond traveled to the town of Dudinka, in Siberia, where pollution from the local nickel mine of Norilsk has left a suffocated landscape of gaunt, charred forest against a background of undisturbed snow. 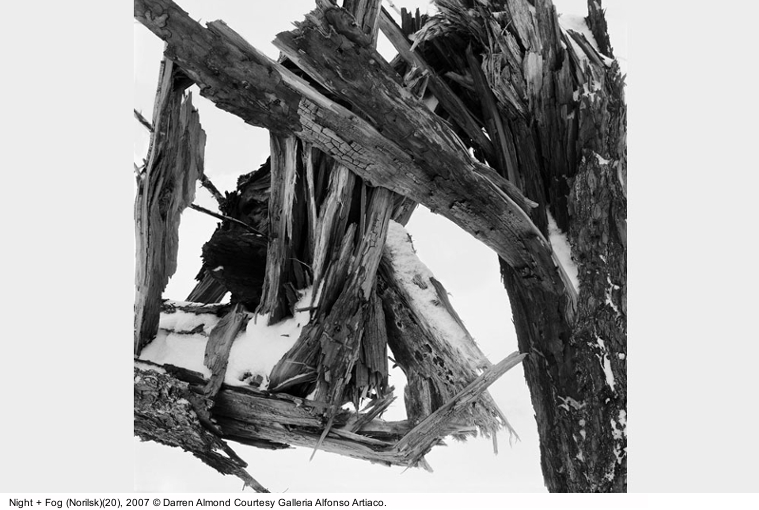 Almond’s images from Siberia, part of his Night and Fog series, offer a chilling stillness as a reminder of former and current human intervention. These photographs record the impact of passing time and, more darkly, the realities of human impact on the landscape. More recently, in 2015 Almond travelled to the deep canyons of the paper mills around Amalfi, Italy, following the footsteps of German Romantic painter Carl Blechen, a contemporary of William Turner.

The topography of the landscape, with its sharp ridge and overhang, obstructed the light from the full moon and thwarted Almond’s early photographic attempts at capturing the light and images. The resulting photographs were made, for the first time, using direct sunlight filtered by a black glass. These diurnal photographs reveal a landscape through the passing time in that they recall earlier memories of travellers like Blechen, but through Almond’s lens also serve as reminders of a past presence.

There will be also presented Almond’s new works from Light of Time series, taken in the high-altitude desert of Atacama, in Chile; these night skies tell the history of time itself, a story of light. 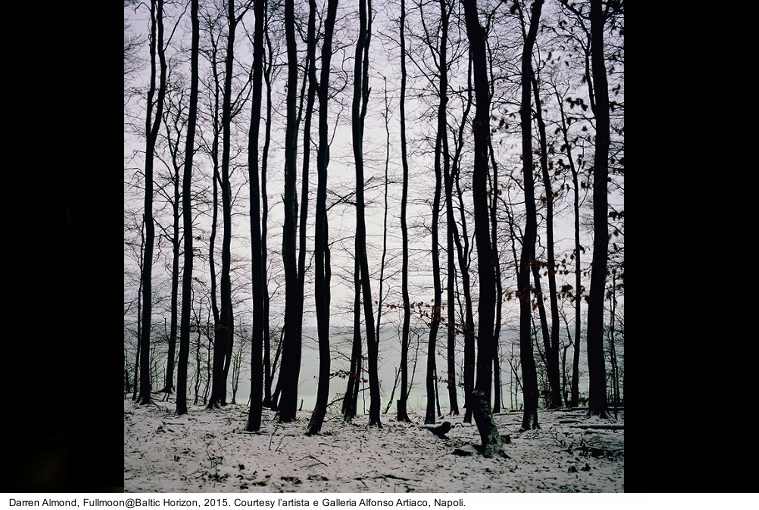 Progetto XXI is the platform thanks to which Fondazione Donnaregina per le arti contemporanee explores, since 2012, emerging artistic production on both theoretical and practical level along with the most relevant artistic practices of the last few decades. This project contributes to the production and the circulation of different narratives about the contemporary world and to the definition of a regional system of contemporary arts based on collaboration and interchange between public and private institutions operating in the Campania Region. 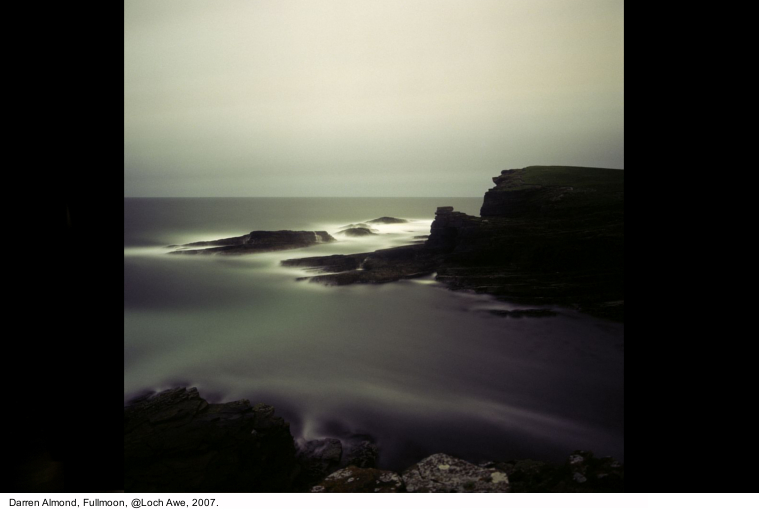 The exhibition is organized in collaboration with Incontri Internazionali d’Arte, a cultural non-profit organization founded in Rome in 1970 by Graziella Lonardi Buontempo, run since 2011 by her niece, Gabriella Buontempo, with the intent to promote contemporary culture in all its forms. The Association is involved also in the support of young Italian creativity, through a programme of residencies for young artists at the Cité Internationale des Arts in Paris.