New visions: The first edition of Triennial for Photography and New Media

The inaugural Triennial for Photography and New Media brings together recent work of 31 international artists. Several works are exhibited for the first time and the Triennial is the first major international presentation of its kind in Norway.

The exhibition foregrounds practices that acknowledge the fluctuating and networked condition of contemporary photography and society more generally. It also articulates a keen sensitivity towards the history of photography and art. Abstraction, digital and manual collage, new configurations of still life and the human body are key tendencies. Produced within the scope of our digital culture, several of the works exemplifies the dissolution of the distinction between the still and moving image and the dimensional and material expansion of the image. 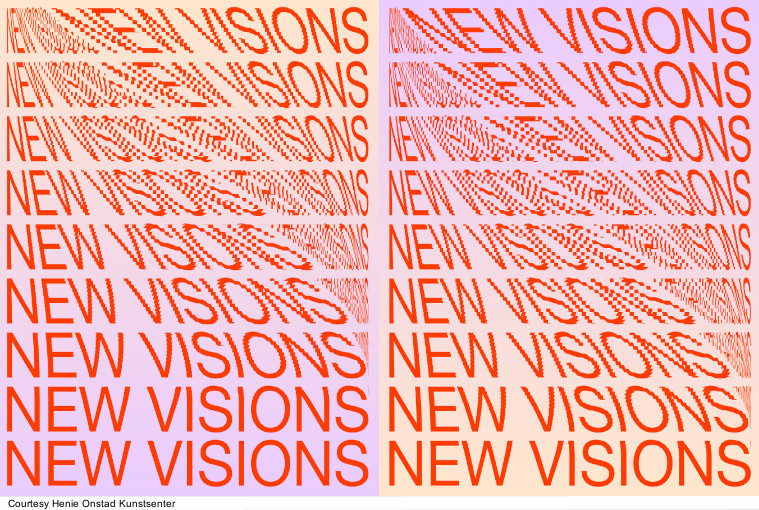 The first edition of the Triennale is titled New Visions, referring to the movement developed by László Moholy-Nagy in the interwar period. In line with the Bauhaus pedagogy, Moholy-Nagy and his peers aimed to employ the qualities intrinsic to the medium in order to transform photography from a reproductive medium into a productive one. And just as photography a century ago was a tool for new perceptions and conceptions of an increasingly mechanized world, today artists frequently use the medium to explore our increasingly computational, information-saturated, and automated surrounds.

Why Photography?
In conjunction with the exhibition, a volume titled Why Photography? is being published by Skira Editore. The publication includes pointed interviews with all artists, asking how they relate to photography as a technical apparatus and process, and why they have chosen photography. Following the interviews are presentations of recent work by all artists. Why Photography? is edited by Behzad Farazollahi, Bjarne Bare and Christian Tunge, and co-edited by Susanne Østby Sæther. Th introductory essays are written by Susanne Østby Sæther and Brian Sholis.