Spiders do not have an auditory apparatus, and yet sound makes up an important part of their lifeworld. Through vibrations in their webs, spiders can tell the size and distance of an object of interest. Music, conversely, and especially opera, is considered one of the highest human achievements. The vibrations of vocal cords, the resonance in the singer’s body and long training bring forth extraordinarily moving experiences.

We do not usually think of spiders and opera together. And yet the patterns of the spider’s web bear a resemblance to the mathematical figures of music – both are full of sensuality. We may think of a web as a stringed instrument, and a voice may carry vibrations through the air to take hold of the web’s tissue and temporarily move it to its frequency. Both invite us to become attuned to our surroundings and to sense that which goes beyond that which can be seen. 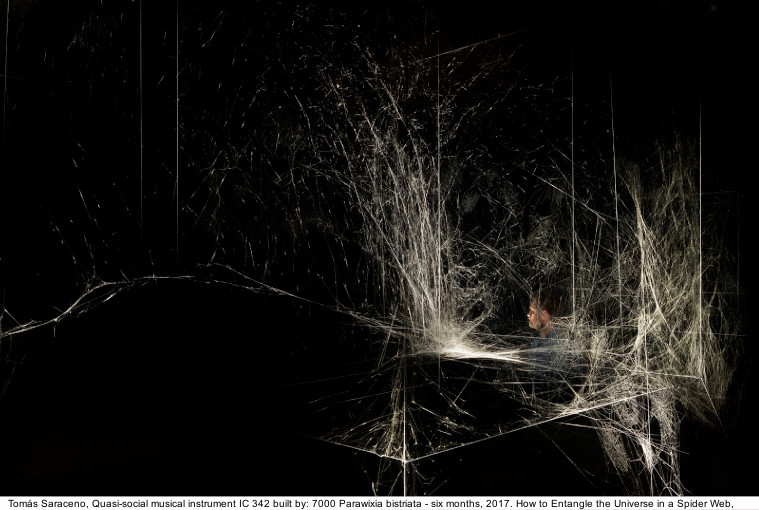 Curated by Stefanie Hessler, More-than-humans brings together outstanding works by Dominique Gonzalez-Foerster and Tomás Saraceno from the Thyssen-Bornemisza Art Contemporary (TBA21) collection: they consider that which cannot be explained by the rational anthropoid mind. Nineteenth-century photography is a recurring source of inspiration for Dominique Gonzalez-Foerster, as artists often used it in search of the uncanny or supernatural.

OPERA (QM.15) (2016) draws on early holographic techniques. In the work Gonzalez-Foerster appears lip-syncing as the soprano Maria Callas (1923–1977). Callas is one of a series of personalities who appear in installations that the artist refers to as “apparitions,” as if they were “a kind of spiritual session.”

Tomás Saraceno is known for his speculative collaborations with spiders. Several works in this exhibition were made together with different spider species. The complex structures of the spider/webs resemble tiny universes, surpassing many of the architectural constructions made by humans, and resonating across scales with the cosmic web. 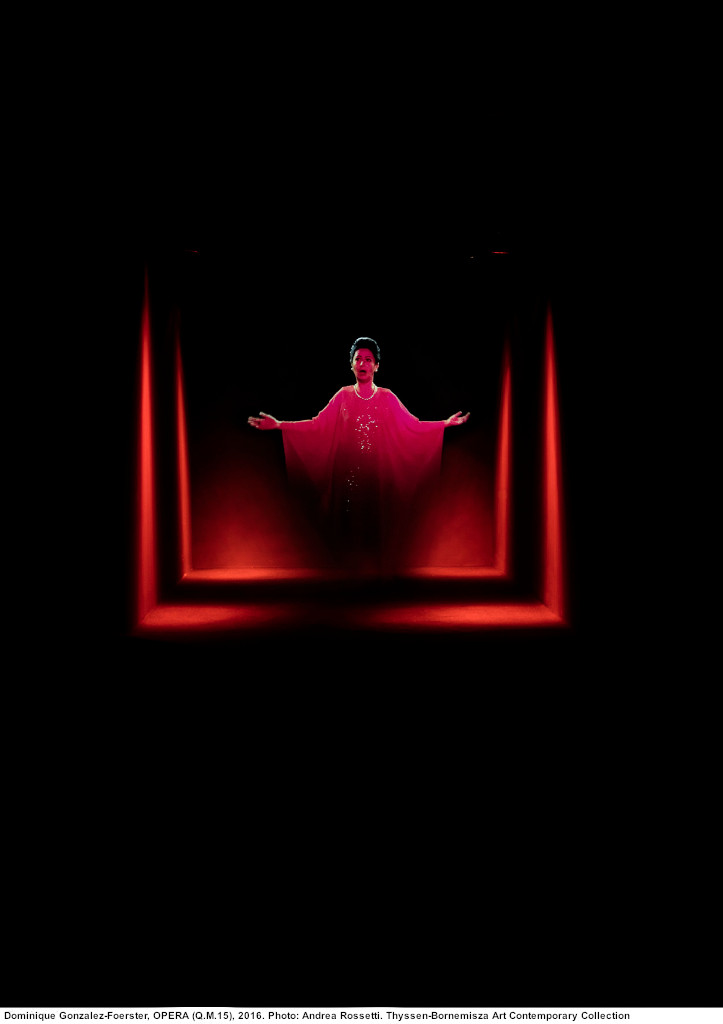 Saraceno’s works invite us to veer from arachnophobia to arachnophilia, working toward a new attention to our shared ecologies with nonhumans. The exhibition invites visitors to explore questions of human and nonhuman technologies, culture in the Anthropocene, our own intelligence and that of other species, haunted presences at the edge of disappearance and the power and attraction of the unknown.

TBA21 marks a departure from the family’s previous engagement with the arts. The foundation has commissioned numerous works from leading contemporary artists, becoming a close collaborator in the artistic process and an active agent in the production of new works. This practice has led to the formation of a unique collection, which is being made accessible for the first time to audiences in Madrid through a series of exhibitions and public programs over a period of four years. 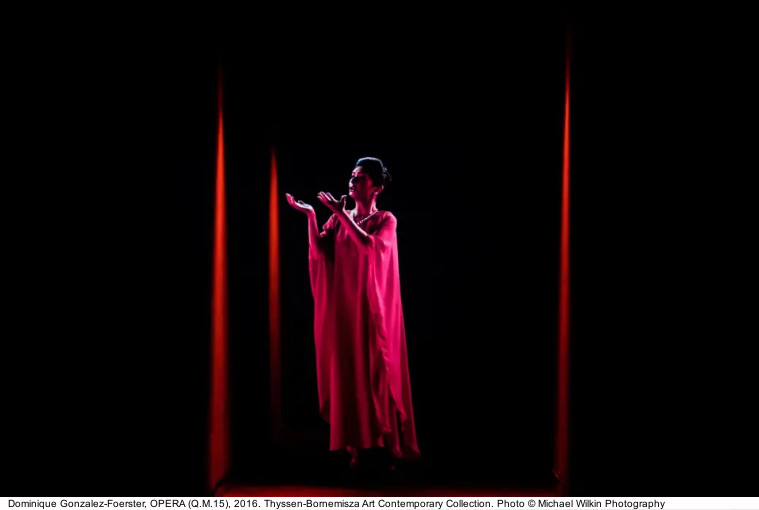 More-than humans will be accompanied by a wide-ranging public programme including a public conference with the artists on September 24, 2019 and a workshop by Tomás Saraceno Studio focusing on arachnophobia and arachnophilia. The exhibition is presented in the Moneo Temporary Exhibition Hall on the ground floor of the museum and an educational program structured by the EducaThyssen department as well as activities and conferences using TBA21 expertise will be organized to coincide with the exhibition.