And Say the Animal Responded?

What would animals say to us if we listened to them? What might we learn about the state of our shared planet? On 19 March, FACT launches its year of The Living Planet with the opening of a major new art exhibition, And Say the Animal Responded?

At a time when billions of animals are being lost because of human activity, we still place the interests of humans above those of animals. Studies show that animals feel emotions and have distinct personalities and ways of communicating, yet we rarely consider what the destruction of habitats and species extinction means beyond their loss to us. 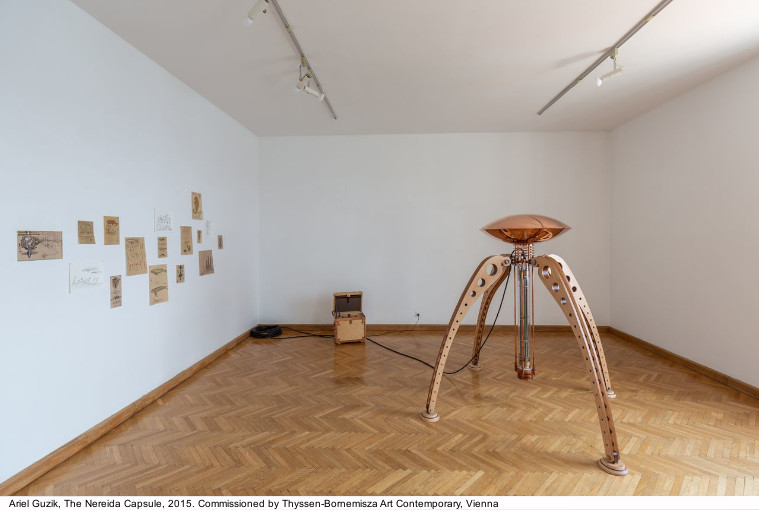 And Say the Animal Responded? brings together the work of five international artists/artist groups, presenting visitors with face-to-face encounters with the sounds and behaviours of animals from around the planet. Works by Ariel Guzik (Mexico), Amalia Pica (Argentina/UK) with Rafael Ortega (Mexico), Kuai Shen (Ecuador), Demelza Kooij (Netherlands/UK) and Alexandra Daisy Ginsberg (UK) immerse visitors in animals’ sonic lives: from an ocean choir of whales and dolphins recorded by hydrophone, to the quiet interactions between wolves captured by drone camera, to a living colony of leafcutter ants ‘scratching’ music in the gallery.

FACT’s new Director/CEO Nicola Triscott curates And Say the Animal Responded?, featuring a series of artists’ film and sound-centred installations that capture the animal voice through human technology, even (using machine learning and artificial intelligence) those of animals that have recently become extinct. The show takes its title from philosopher Jacques Derrida’s essay of the same name, in which he challenges any clear boundary between human and animal. Triscott says: “At a time when we need to rethink our relationship with the planet, it is timely to consider the nature and rights of animals. Through the exhibition and a season of events and discussions running alongside, we will engage audiences in exploring animal intelligence and communication, and question the human-animal hierarchy.”

One of four artists from Central and South America in the show, Mexican musician and artist Ariel Guzik presents a new installation, which incorporates sound, drawings and sculptural works from his long-term research project to communicate musically with whales and dolphins in the wild. Guzik designed his submersible musical instrument, Nereida to connect with ocean mammals – in the deep sea, its subtle sound vibrations invite a chorus of responsive sounds from whales and dolphins; in the gallery, the instrument’s music and the recordings of this cetacean choir reverberate through the space. Alongside, Guzik premieres his new film, charting the expedition of his latest instrument Holoturian into the depths of the Pacific Ocean.

Other works in the exhibition include Amalia Pica and Rafael Oretega’s Pan troglodytes ellioti and cousins, in which a family of chimpanzees in a Nigerian Forest is startled when they trigger a camera and Is it grunting, barking or panting?, where the roars of primatologists imitating ape calls will resonate throughout the building. Alongside these installations will be live performances of Catalogue of great ape gestures, co-commissioned with MDI, where gestures used by gorillas, orangutans, chimpanzees and bonobos will be performed. 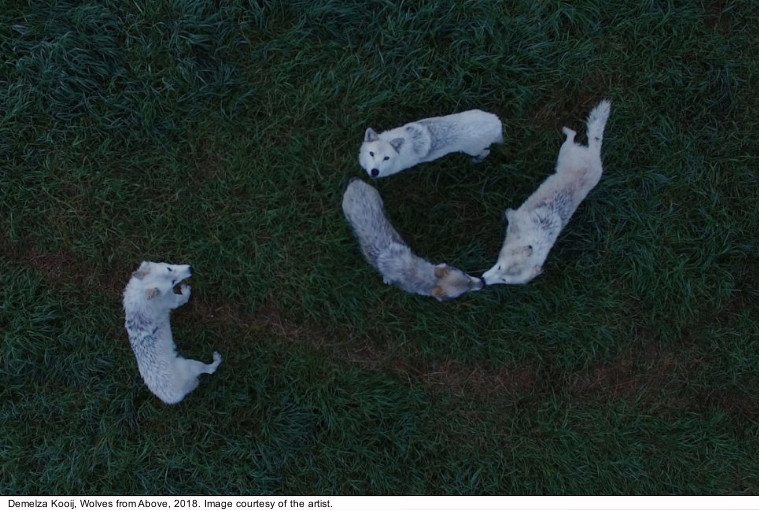 Ecuadorian artist and ant scholar Kuai Shen presents his living artwork Oh!m1gas, a reactive sound installation within which a colony of leafcutter ants become DJs, controlling the movement of two turntables. The work draws analogies between ‘scratching’ as a form of human musical expression and the sounds that ants make with their body parts to communicate. In the installation, the growing activity within the nest creates music in response to the ants’ various behaviours: from nest building to farming.

Wolves From Above, a film installation by Liverpool-based artist Demelza Kooij, captures the quiet interactions of a wolf pack filmed through a single drone shot. The elusive animals inhabit a tranquil wilderness where the sounds of growling, sniffing and licking feel oddly nearby, heightening the intimacies of communication through human-to-wolf spectatorship.

Responding to the sad reality of today’s accelerating species extinctions, The Substitute by Alexandra Daisy Ginsberg is a digital artificial intelligence resurrection of the recently extinct northern white rhino. A life-size projection shows the artificial rhino roaming in a virtual world, becoming more ‘real’ as it comprehends the limits of the space. The rhino’s form and sound toggle from pixelation to lifelike, glitching in and out of existence. Alongside, Ginsberg’s sound installation Machine Augeries questions how our cities may sound as bird populations change and diminish. In the installation, a natural dawn chorus is taken over by artificial birds, their calls generated using machine learning. 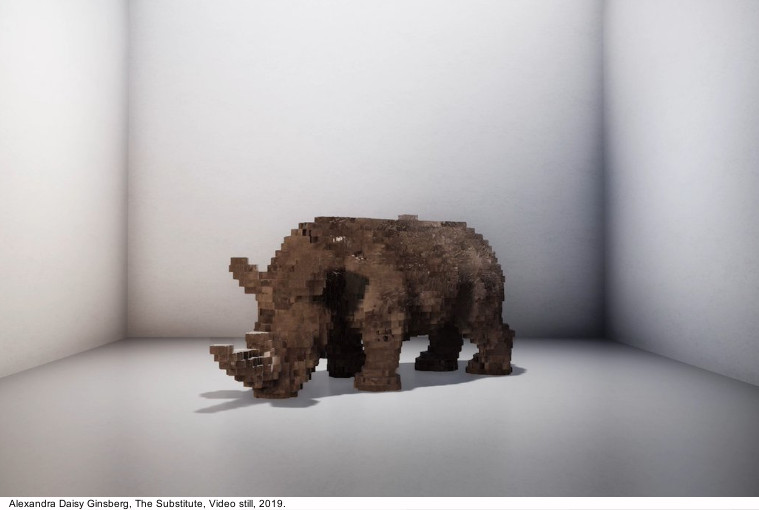 Throughout FACT’s year of The Living Planet, the organisation will collaborate with artists working on the cutting edge of film, art and creative technology to explore pressing environmental and ecological issues. They include artist collective Keiken (UK), artist Jack Tan (UK), artists-in-residence Carolin Liebl and Nikolas Schmid-Pfähler (Germany) supported by the European Media Art Platform (EMAP) and Liverpool Biennial 2020: The Stomach and the Port.

And Say the Animal Responded? opens to the public on Friday 20 March 2020 and continues until Sunday 14 June 2020. FACT’s year of The Living Planet launches the previous day, on Thursday 19 March, with FACT’s Spring Assembly: The Living Planet, a public event that will open up and explore some of the themes raised by the exhibition.