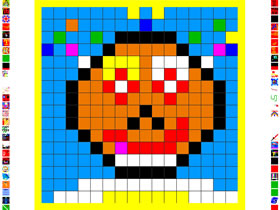 Nowadays the adjective “collaborative”, referred to an art work, sounds old and arouse a stupid smile typical of our infant memories. Its glorious moment was in the middle 90’s, when the new creative possibilities given by the Net were a new entry, as the interactivity.

The collaborative work was one of the dead test for the author and one of the declination of the interactive work. Both of them went out of fashion when the author was discovered to be on health and the interactivity, being not more than some clicks, was for the most a joke, named “co-author” but actually the same passive spectator as ever.

In reality, interactivity and collaboration are two separate things, and the second one has a long tradition that goes through the amusing cadavers by Breton and friends and through the photographic installations by Franco Vaccari . A tradition the net art has been able to collect and strengthen in a real way, thanks to the global dimension of the Net and the possibility of intervention in real time.

But the disappointment for the “false” interactivity had percussion on the real one. The enthusiasm remained just in a few people arrived at the end of this fashion and in a few artists who hardly worked on the participation of the user and the real “public” and community nature of a specific project. Among those, the American artist Andy Deck hold undoubtedly a prime role.

When, in 1994, Deck opened artcontext.com , he already has on his mind that the web site is a platform of collective work, and its function is both to stimulate and keep alive processes to whom the user contribute in an active manner, bringing their creativity and their ideas into play. Twelve years later, commenting on his personal at the Londoner HTTP Gallery, Deck is still able to be amazed in front of what these processes have been able to create. “I’ve been surprised in seeing some images produced with my works. The huge amount of material filed in my website grow so much, that I have no time to observe everything”.

Deck can now proudly define “collaborative” his last work, commissioned by Tate Online in collaboration with Artport section of Whitney Museum . Actually, Screening Circle is almost an apology of the collaborative project on the Net. As the name reveal, the project take its cue on the ” quilting circle”, a widespread play between the housewives of the nineteenth century. A sort of “collaborative blanket”, where each woman had to realized a detail.

The substitution of ” quilting” with “screening” is not only linked to the passage of the reality on a PC screen, but also to the affinity between pixel and the warp of a fabrics, so the continuity between the two games and the two medium. Still in this continuity the Net introduce some exceptional news. First of all the process is open to a global community, that can intervenes in real time on original patterns and modified ones, inside an economy that doesn’t provide  as in the ” quilting circle”- a predetermined drawing, but allows a completely free action.

The only limit imposed it’s an aesthetic one, related to the characteristics of the collaborative platform created by Deck. It is imposed the use of a narrow palette and a grid of squared card of big dimension. The result is a low-tech output, low resolution similar to the 8 bit graphic, that gives the opportunity of infinite combinations but on the other hand limits the possibility of expression. Screening Circe is far different from similar collaborative platforms such as Gliphiti by the same Andy Deck or the Drawingblog launched in 2002 by the Italian Helga Franza, who looked more to the expressive freedom of the graffito and the drawings, and bet on the construction of a real blanket-puzzle of images.

Vice versa, each contribution in Screening Circle have to be seen singularly, in slideshow , and are always modifiable. A choice that allows Deck not only to minimize the structural characteristics of the fabrics warp, but also to encourage the intervention of people not truly sure of their creative gift. This way, he puts everyone in ease with an elementary interface and makes the process truly open.