Utah Data Center: what do you know about the new “Huge Brother”? 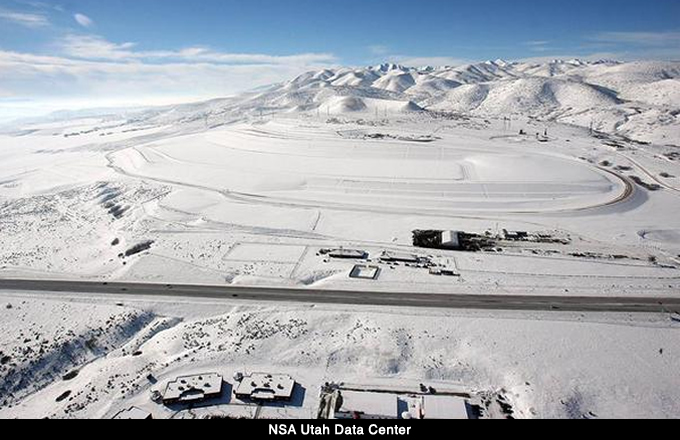 The small town of Bluffdale is located in the Utah desert, a few kilometers from the capital, Salt Lake City, very close to a remote valley, surrounded by Wasatch Range mountains to the east, and the Oquirrh to the west. It’s inhabited by one of the largest communities of Mormons of the nation, the “Apostolic United Brethren”, who took refuge there in the mid 1800’s to put into action the principles of their faith: first of all polygamy. Today the community has more than 9,000 members.

Since a few years this land, far from the rest of the world, is secretly hosting other pioneers. “Less than a kilometer from Bluffdale, thousands of workers are laying the foundations for a new temple: a massive archive that will force us to review the boundaries of the city. And once built, will exceed five times the size of the United States Capitol (1 million square meters).”

This is the story told and documented on “Wired” U.S. by James Bamford, investigative journalist and author, intelligence expert. The archive he is talking about, is not about Bibles or other religious documents, but the center of the world’s largest digital espionage, which the National Security Agency is building at Camp Williams. Bamford defines it “Utah Data Center”, in which “Server, intelligence experts and armed guards will be part of the new structure.” A project worth two billion dollars, “the final piece of a complex puzzle assembled over the last decade,” said the journalist. Its goal: to intercept, decrypt, analyze and memorize large communication areas of the world. 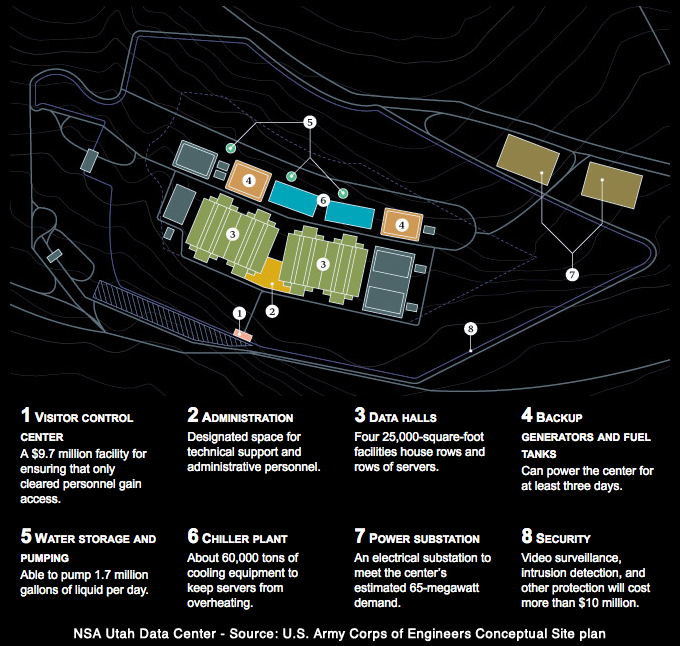 A super class computer Exaflop (the fastest ever existed) will be able to penetrate the most complex encryption systems and contain and decipher yottabytes (ie quadrillion bytes) of data, allowing the NSA to intercept any device connected to the Internet , including the latest generation of appliances that can be controlled through sensors or radio frequencies.

Through the server of Utah Data Center, all forms of communication will flow: the complete contents of any e-mail, conversations on cell phones, researches we carry out on Google, as well as money transfers, ATM withdrawals, information relating to travel and purchases of all kinds. Military and diplomatic secrets, confidential documents, private business: everything will be decrypted. Why -continues the reportage on Wired – the true interest of the NSA is the so-called Deep Web: “steal classified secrets of a potential adversary”, in other words, “those communications, invisible to anyone else that will help to find terrorists, weapon traders, enemy agents, criminals, who know how to bypass the protected equipment. “

According to the report of Bamford, no one can escape the new system of global governance. We will be hunted down, watched every moment of our lives, not a “Big”, but a “Huge Brother”, from September 2013.

The report, however, specifies in detail the operations that began in 2001, when the NSA gave way to a mission “without a warrant”, “settling secretly and illegally – Bamford writes – in the main hubs of American telecommunication network”. And he did it, circumventing the Foreign Intelligence Surveillance Court, which was meant to “supervise and authorize the interception.” To silence the huge strategic error of the supervisory authorities – as it was a case of national security – the practice was made legal by the U.S. Congress through the FISA Amendments Act of 2008, an amendment that raised any liability telephone companies who collaborated on the program . But, underlines the reporter, “What has not yet been revealed is the enormity of this continuous program of domestic spying”. 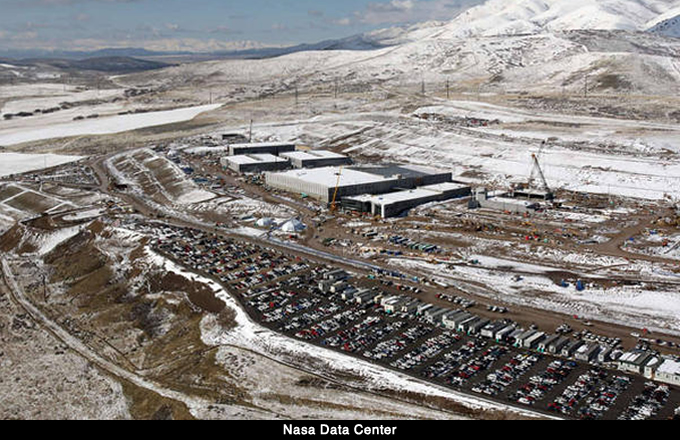 Operation name: “stellar wind”, fully described by a former official of the NSA, William Binney, who left the agency just in 2001, the year in which it launched its new program of wiretapping “without a warrant”. And here is the crucial point: “In the Utah Data Center will be merged thousands of billions of communications, which the NSA came into possession since then: every word, action, photo, thought belonging to each of us will be plotted on a graph, day by day, withe the aim of providing a more detailed picture of our lives.”

The plans for the center show a large security system: $ 10 million will be spent on anti-terrorism defenses (including CCTV cameras, a biometric identification system, control systems and a fence that can withstand the shock of a 15 thousand kg vehicle).

The denials come straight after the publication of the report. The Director of the NSA, Keith Alexander, denied the existence of the new project as well as the participation by the Agency to any form of domestic surveillance, saying, moreover, that “does not exist in the United States an equipment to collect this type of information. “Here is his testimony: http://www.theverge.com/2012/3/21/2889143/nsa-director-refutes-domestic-surveillance-allegations.

Then an e-mail by the chief press officer Vanee ‘Vines, in which she stated that the NSA is building the new facility, but only to support the federal government and to protect the security of the nation: http:// www.foxnews.com/politics/2012/03/28/nsa-dismisses-claims-utah-data-center-watches-average-americans/

Yet on the construction of the new center, focused on the preservation of the country’s telematic news had already circulated in mid-2010 (http://publicintelligence.net/utah-data-center). And in January 2011 Senator Orrin Hatch, Utah Democrat, had said about it: “There is a clear mandate for a public-private partnership led by the Department of Homeland Security but supported by all members of the U.S. government, including federal, state and local organizations”. (http://www.informationweek.com/news/government/security/229000325?cid=RSSfeed_IWK_ALL). 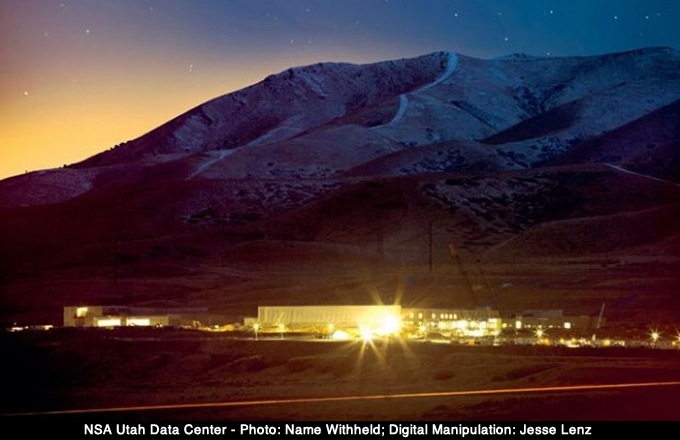 According to a further article in “Wired” (http://www.theverge.com/2012/3/15/2876528/wired-nsa-building-massive-surveillance-codebreaking-facility) the spy archive will be responsible for collecting the information derived from the direct connections thanks to the switch equipment of the telecommunications companies and satellite stations of the telephone company AT & T that provide communications between the U.S., Europe, Middle East, Pacific and Asia.

As James Bamford writes: “The old saying that NSA is an acronym for ‘Never Say Anything’ today is worth more than ever.”