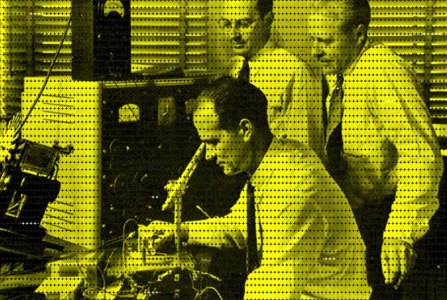 sommercamp+workstation=2009 is meant as a practical example of the feasibility of a “laboratory for art and media in Berlin” carrying on the idea of TESLA – medialab. The starting point of the four-month project is the sommercamp from 10 to 16 August – a module to work and generate ideas, with ten open workshops and two days of final presentations on 15/16 August 2009 at the House of World Culture and a kick-off on 14 August 2009 at the radialsystem.

The second part of the project is the workstation – intended as project production support – with four three-month project residencies and a curatorial grant that are produced in close collaboration with local and international partners.

A discursive weekend will take place from 13 to 15 November 2009 with the invited artists/projects and experts from science and technology at Berlin based general public, in collaboration with DISK/ctm. Sommercampworkstation is funded by Hauptstadtkulturfonds.

The project will kick off with the sommercamp from 10 to 16 August 2009 in the foyer and the studios at House of World Culture with a number of different open workshops. Workshops are an ideal form to sketch new approaches, to build interdisciplinary bridges and above all to soften the borders between artist, thinker and practitioner on the one side and a passive audience on the other side. Workshops are “detectors” to test new working and communication models, catalysts of ideas and indicators for their relevance and acceptance. The invited workshops/artists/thinkers are exemplary for very different approaches to art and technology, for individual working methods, communication models and organisation structures.

sommercamp is devided in 3 workshop clusters:

1 – World as Representation: systems and simulation.
The simulation-led workshop cluster presents constructive approaches to measurement, description and modelling of real world systems ranging across urban and ecological interventions. The world can be described by way of maps, diagrams, fiction, circuits and software. Desciptions, or representations, take on their own life as autopoetic systems, creating complex ecologies; describing becomes constructing (growing your own world). Workshops will range across the examination of spectral, electromagnetic ecologies (in city and forest), embedding of chaotic systems within analogue electronics, and novel approaches to constructive plant biology. 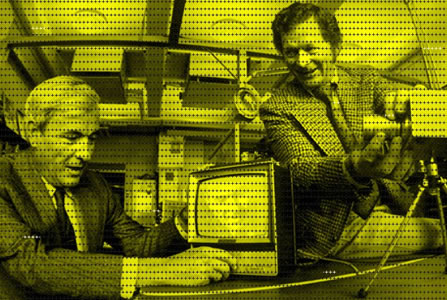 2 – Re:Discovering Sound an Instrument-building Workshop
The process of instrument creation sits in direct opposition to the that of instrument virtuosity. Rather than bend one’s artistic expression around the rigid, predefined form of a traditional music instrument, imagination takes flight and new possibilities are created. Like Neanderthals or small children, we are astounded that the sounds we have invented are actually our own. This collection of three simultaneous workshop nodes-DEERHORNS, HALLDOROPHONES and ACOUSTIC LAPTOPS-explores the use of radio waves, the electromagnetism of the human body, strings under tension, the resonance of hollow structures and various found objects to invent new types of sound instruments. Each of these deeply personal creations is free to live in ignorance of any musical theories, thus having the potential for both sonic and visual excitement.

3 – Ways of Doing. Approaches, Manuals, Tactics, Strategies and the Operational Art
In this workshop cluster we will explore different approaches to the question of how we can make a cultural project like a media lab possible. We will discuss with James Wallbank about how valuable experiences like Access Space (Shefield) can be transfered to other contexts. We will defend the importance of the FLOSS approach as a good basis for a free media lab, through the actual collaborative production of a new FLOSS Manual with the coordination of Adam Hyde. On a more
theoretical approach, Jordi Claramonte proposes to analyse different cultural projects through the operational approach, that connects the tactical and the strategical ways of doing.

more infos on the workshops and registration form here:
http://www.sommercampworkstation.de/?lp_lang_pref=en&page_id=10

The single workshops will be open for public (with registration). After the one-week-workshop phase two days of final presentations will take place on 15 and 16 August 2009 at the House of World Culture.