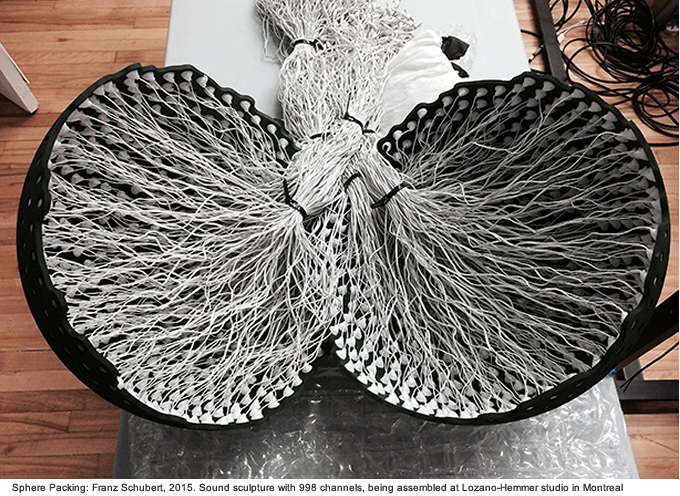 The show will premiere five new works in varying scales, from Zoom Pavilion, a huge projection piece done in collaboration with Polish artist Krzysztof Wodiczko, to Babbage Nanopamphlets, tiny gold leaflets developed at Cornell University’s CCA Biennial and Nanoscale Facility. Seminal works on view include Pulse Room, which represented Mexico at the Venice Biennale in 2007; Vicious Circular Breathing, on loan from Istanbul’s Borusan Contemporary; and Standards and Double Standards, which is in the MUAC collection.

The title of the exhibition is a reference to the Surrealists’ automatism, an artistic practice built on the expression of the subconscious by placing value on the accidental and random. Lozano-Hemmer expands on this notion by reminding us about the impossibility of true randomness in a mechanic universe where any pretension of autonomy in any program is only a simulation. In the words of the artist, a pseudomatism aims to make tangible the biases inherent in these simulations. By definition, a pseudomatism is an action that is almost-voluntary: if an automaton “acts by itself,” the work of Lozano-Hemmer, on the contrary, tries to “act in relation to.” 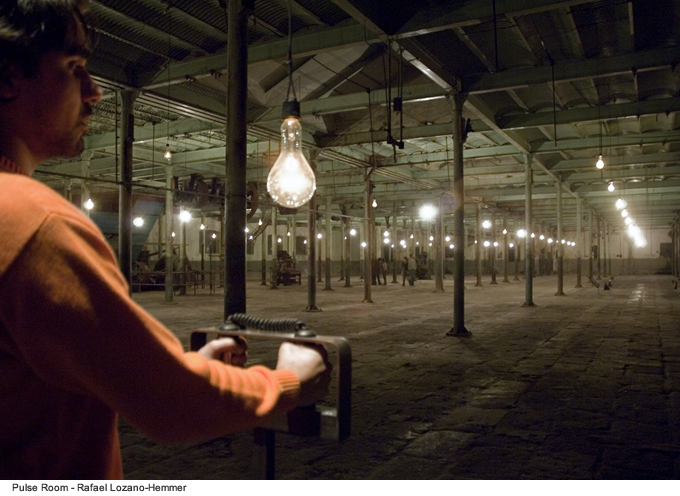 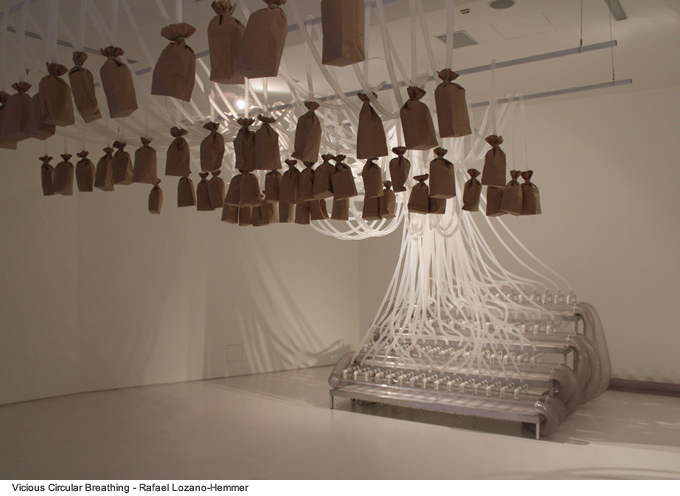 The artist does not see technology as an instrument or tool, but rather as an inevitable language that determines subjectivity and sociability. Through the public’s touch, sight, breath, hearing and movement, the exhibition seeks to activate the relationships between machine, environment and perception, so as to underline the way in which technology, the body and the body-politic interpenetrate and are inseparable.

A bilingual catalogue will be produced, with essays from the curators and artist as well as commentaries on the artworks by Kathleen Forde and Scott McQuire. Far from presenting electronic art as something “new,” the texts delve into the processes and strategies that drive the practice of the artist, linking them to traditions of experimentation in the history of art and science.

Apart from the catalogue, the artist will publish a USB drive that contains absolutely all the source code to program all the pieces in the exhibition. Any programmer will have access to the algorithms, schematics and methods that Lozano-Hemmer’s team developed for each work, written in C++, OpenFrameworks, Processing, Delphi, Wiring, Python, Assembler and Java. To our knowledge, this will be the first time that a comprehensive art show will be made available with an open source code. 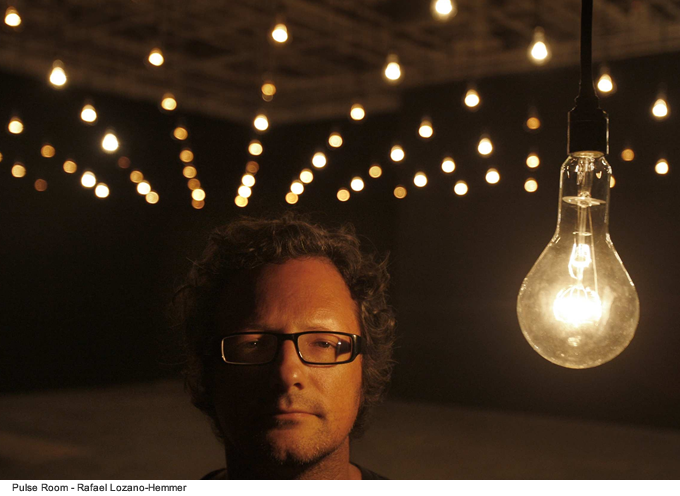 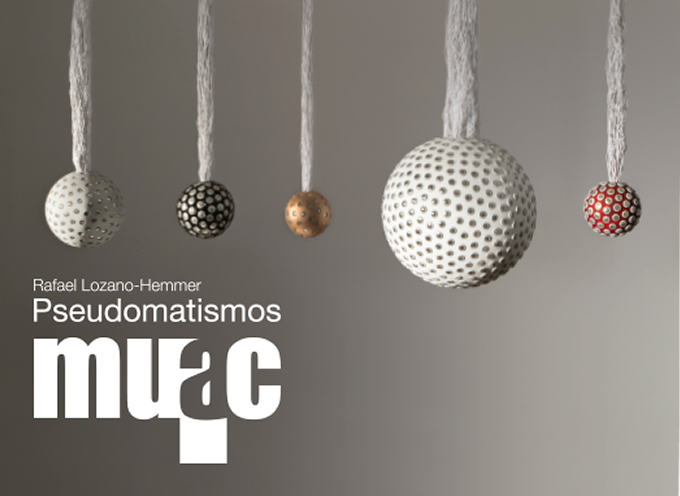 Rafael Lozano-Hemmer (b. 1967, Mexico City; lives in Montréal, Québec) is an electronic artist that develops interactive installations that are at the intersection of architecture and performance art. His main interest is in creating platforms for public participation, by perverting a wide variety of technologies. He was the first artist to officially represent Mexico at the Venice Biennale, with a solo show at Palazzo Van Axel in 2007.

He has also exhibited in Biennials and Triennials in Sydney, Istanbul, Havana, Singapore, Seville, ICP in New York, Valencia, New Orleans, Montréal, Shanghai, Moscow and Kochi-Muziris in India. His solo exhibitions include the Museum of Modern Art in San Francisco, Fundación Telefónica in Madrid and the Museum of Contemporary Art in Sydney. Among other accolades, Lozano-Hemmer has won two BAFTAS from the British Academy, a Governor General’s Award in Canada, a Golden Nica in Austria, a Bauhaus Award in Germany and a Trophée des Lumières in France.