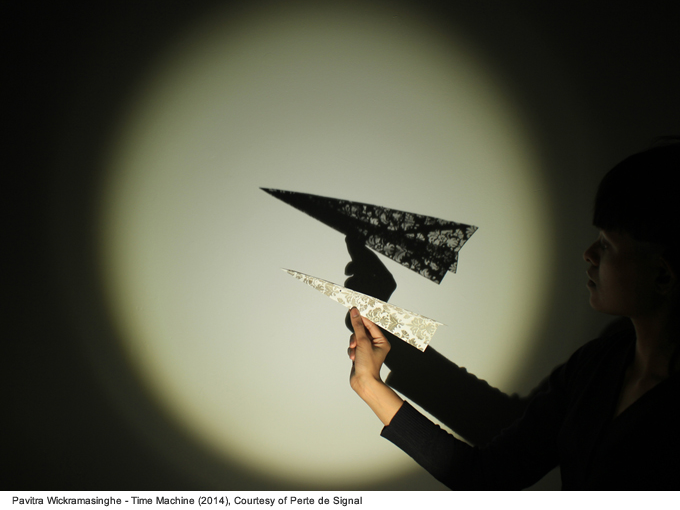 Perte de Signal is one of the most creative and dynamic centres supporting Canadian and international artists committed with sound and new technologies.

Based in Montréal (QC), a city where media arts and independent artists are encouraged, promoted and defended by several cultural institutions, Perte de Signal deals with an eclectic range of media and a wide variety of approaches. Members at Perte de Signal include artists such as: Erin Sexton, Sofian Audry (who we have interviewed here), Pavitra Wickramasinghe, Nicolas Bernier, Robin Dupuis and Maxime Damecour, just to name a few.

The Centre’s key principles are the promotion of its members, the emphasis given to innovative research and experimentation, the advancement of critical knowledge around the digital arts and the widening of the audience through the promotion and diffusion of new artists and innovative projects.

Perte de Signal started as a collective of artists in 1997 and became a non-profit organization in 2000. Its main aims have always been the preservation and diffusion of experimental works, both locally and internationally, and the creation of new networks with other media artists and collectives. 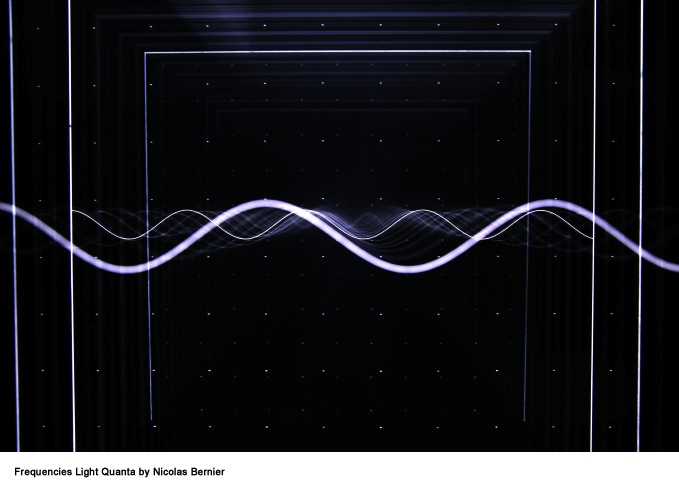 In 2007, in order to encourage artistic experimentation and support the advancement of electronic, audio-visual and performance practices, Perte de Signal launched Rustines|Lab, a research/creation centre and venue that has since its first inception welcomed artists from every part of the world.

Rustines|Lab not only supports digital arts and new media projects, but it also provides a physical connecting place where artists, community members and practitioners can gather, share ideas and collaborate with each other.

I had the pleasure to interview Sofian Audry, president of the artist-run center Perte de Signal since 2011 and renowned artist within the international new media/digital art scene. Sofian has an academic background in information processing and an interest in language modeling. His works strongly reflect these two perspectives and are characterised by different levels of interactivity and the continuous blending of mechanic and organic structures.

In the following interview Sofian Audry talks not only about Perte de Signal and its members’ latest endeavours, but also about his artistic projects, his visions and ideas. 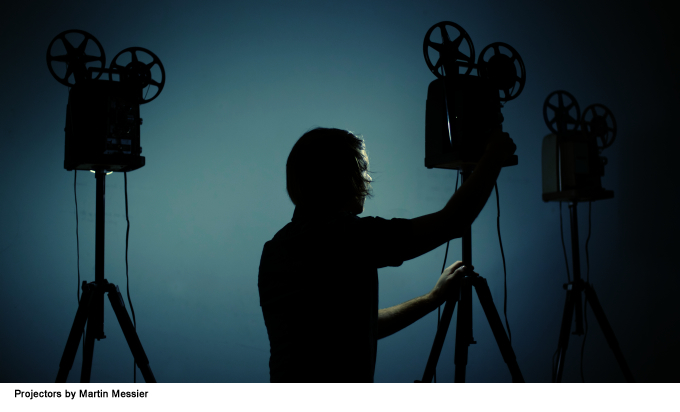 Donata Marletta: Artistic works at Perte de Signal appear to be highly informed by computer science and mathematics. Can you tell us about the main philosophy that lies behind the Centre?

Sofian Audry: Work at Perte de Signal ranges through a wide spectrum of approaches and mediums. Our goal is to foster the development of digital arts and innovative artistic uses of technology. The Centre’s artistic visions are not fixed in time: they are constantly evolving with the community of artists that forms its core. So, if some of our members use programming and mathematics directly as part of their practice, it is a consequence of their own artistic research rather than the result of the Centre’s philosophy.

Donata Marletta: Could you give us an overview of the newest productions coming from artists associated with the Centre?

Sofian Audry: Recent works at Perte de Signal include Martin Messier‘s PROJECTORS, which involves 8mm projectors that are directly manipulated by the artist to create distortions in an audio-visual performance. Erin Sexton is pursuing her work on crystalline structures, electricity and chemicals in her performance Phase Space and in her installation series Crystalline Domain. Maxime Damecour‘s piece Temporeal is an installation where speakers activate fine plastic meshes.

In Take Hold Lightly, Let Go Lightly by Pavitra Wickramasinghe, laser-cut paper planes are suspended to motorized metal supports that slowly turn and cast light, creating shadows on the walls of the gallery space. Patrick Harrop‘s Vortical Filaments use persistence of vision to create three-dimensional waves using rapidly oscillating strings. Nicolas Bernier‘s Frequencies (Light Quanta), which was co-produced by LABoral and Perte-de-Signal, takes the key concepts of quantum physics as a basis for an audio-visual installation consisting of 100 sound and light “quanta” that run through a structure made of 100 transparent windows. 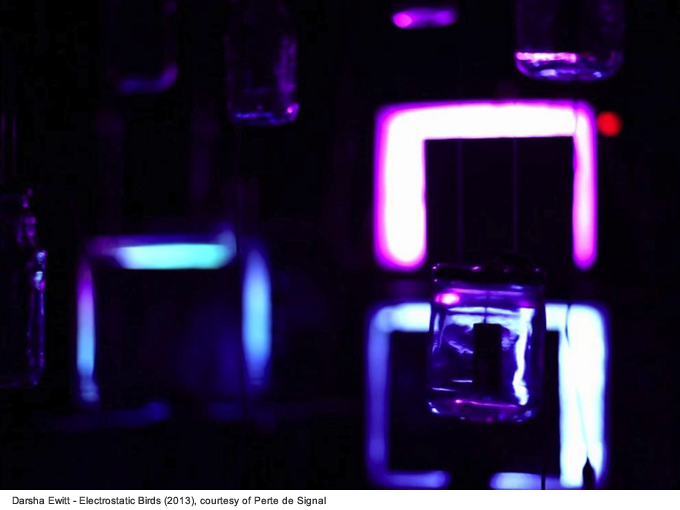 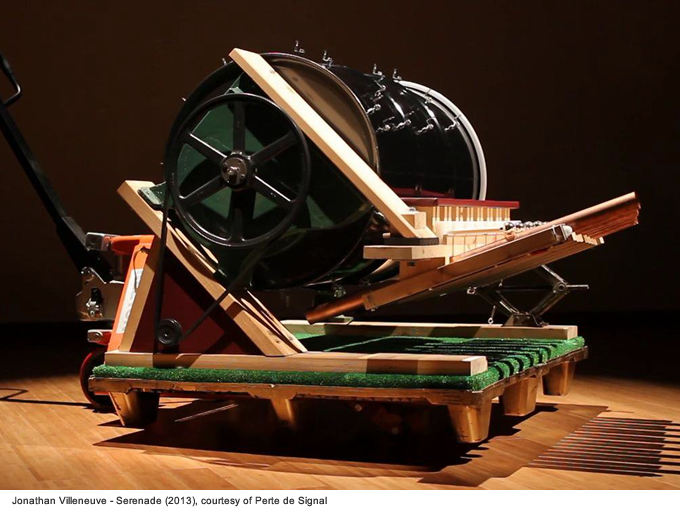 Donata Marletta: How important is being based in a city like Montréal where digital arts are sustained and nurtured by many public and private institutions? Is there a community spirit or a connection between Perte de Signal and other local research labs, Universities, organisations and festivals – Hexagram, Agence TOPO, Université du Québec à Montréal (UQAM), Concordia, Société des Arts Technologiques (SAT), Elektra, Mutek?

Sofian Audry: By bringing together a community of outstanding independent artists from the digital arts, Perte de  Signal has been playing a key role in the discipline’s ecosystem in Montréal as well as at the provincial and national levels. Our members are actively engaged not only in their practice but also in their community as cultural workers, board members of other organizations, or teachers in High School, College or University. Perte de Signal is part of the LabàLab initiative from CQAM – Conseil Québécois des Arts Médiatiques, which aims to create a local network of art labs. We are also working on an online digital art market along with other artist-run centres in Montréal and Québec City.

Donata Marletta: The Rustines|Lab is a research-creation laboratory and venue within Perte de Signal that supports digital art and new media art projects. What kind of works/artists do you accept and how does the access process work?

Sofian Audry: We accept any proposal from artists who are engaged with media, audio or digital arts practices. Projects are evaluated based on artistic merit. They can either be production, research or a mix. Our goal is to support artists during a part of their creation process, whether that means coming to the lab and experimenting with tools and materials for a given time or finishing a project and documenting it. We have two main programs that are open to non-members. The research-creation labs provide full access to the space and the equipment of the lab and people can submit a proposal at any time. Applications are reviewed and approved by a committee of members. The research-creation residency is similar but we provide the selected artist with an artist fee to access our facilities. There is only one residency per year, and a jury of peers does selection.

Donata Marletta: As an artist committed with technology and its social implications your latest works appear to be extremely influenced by the natural/organic environment – I’m referring in particular to your aquatic and underwater installations Vessels (2010-2014) and Plasmosis (2013). How do you translate this metaphor into your artistic projects?

Sofian Audry: While computer technologies are often seen as sort of cold and artificial, when you look at the history of computer science, you can see clearly how they have actually been extremely influenced by organic life. I guess that as an artist, one of the things I’ve been trying to do in my recent projects is to question that divide between the natural and the artificial.

Donata Marletta: Accrochages (2008) and Absences (2008-2011) are two extremely interesting urban and outdoor intervention projects that place autonomous electronic devices outside the conventional exhibition spaces and interact with the external environment. Could you tell us about your experience of working in an urban context? How did the cities respond to these interventions?

Sofian Audry: Actually, Accrochages and Absences differ mainly in their setting. Accrochages was set in an urban context, as you mention. Most of our interventions were very ephemeral and experimental. What was the most interesting and surprising to me was the fact that, when we installed our devices, we had different kinds of people coming around, being curious, asking questions. The devices became an excuse for engaging in a dialogue with passers-by. Absences was very different in that it was set in environments with very few humans, or none at all. The documentation thus became an important part of the project; I created a retrospective indoors exhibition of it that was shown in Chiang Mai (2011) and in Montréal (2013).

Donata Marletta: Do you believe that open source and collective projects are changing the ways art is created by artists and then experienced by an audience that is becoming more and more interactive and computer literate?

Sofian Audry: I believe many artists are challenging both our technological and art institutions by developing their own tools and working collaboratively. There still seems to be a lot of resistance from art institutions in general, though, who are still stuck in traditional models such as the heroic posture of the solo artist and keeping the audience at arms’ length distance from artworks, but I believe this is slowly changing. As you mention, the audience is becoming more and more at ease with digital practice. Over the past few years, Perte de Signal has been committed to engaging directly with audience through mediation activities such as participative real-time creation and hands-on workshops with open-source software and hardware.