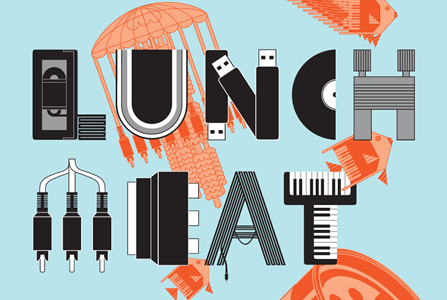 Conception of multimedia Lunchmeat festival is obvious: a musician and a visual artist drawn together, the sound and the image as equal parts of one corpus. The aim of the festival, which will be held since 9th March till 13th at Prague clubs MeetFactory and NoD, is to introduce and describe new movements in the field of electronic music and visual art.

The feature is the collaboration between the American musician Nosaj Thing and French visual artist Romain Tardy aka Aalto. Aalto, a member of AntiVJ team, will come to Prague fourteen days before the festival begins to create a peculiar light design of the stage and visualisation which is intended just for this shared performace with Nosaj Thing

The Friday headliner is, with no hesitation, one of the very few women in dubstep – Ikonika, who will be accompanied by Portuguese Video Jack for this show. Video Jack are performing their audiovisual intepretation of Bulgakov’s novel The Master and Margarita nowadays.

Furthermore, all-round visualist Ilan Katin will present his new project called Torrent de Bites. Also, there are special parts of programme: the showing of remarkable Spanish audiovisaul artists called the “Spanish showcase” and “Red Bull Music Academy”, which will have ended on 12th March in London but will go on with two of the RBMA artists in Prague on the next day. And of course, artists from the Cental Europe will not be missing in the line-up. 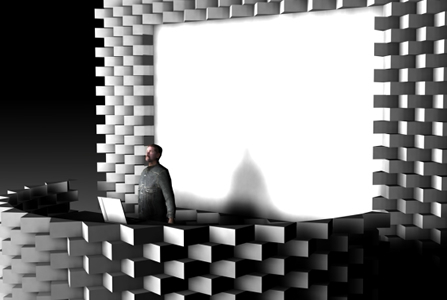 All of the significants participants will show their approach to art also in a theoretical way – in lectures. Some of them will also guide workshops for interested people from the audience. In addition, a lot of films on modern electronic music (and also on new media art in a few cases) will be screened.

The festival is promoted by a non-profit organisation Lunchmeat, which arranged a number of gigs in Prague in the last year. For example, Daedelus, Tohyto, Mochiper or Lichtfaktor performed there. The main aim of the organisation is to bring persons who make modern music genres and modern art to Prague and make them collaborating together in unrepeatable shows. With the aid of these performances Lunchmeat wants the local scene to arouse. Lunchmeat also would like to motivate the human creativity generally and, of course, amuse the audience.