Jonathan Harris: the man with a movie camera. I Love Your Work 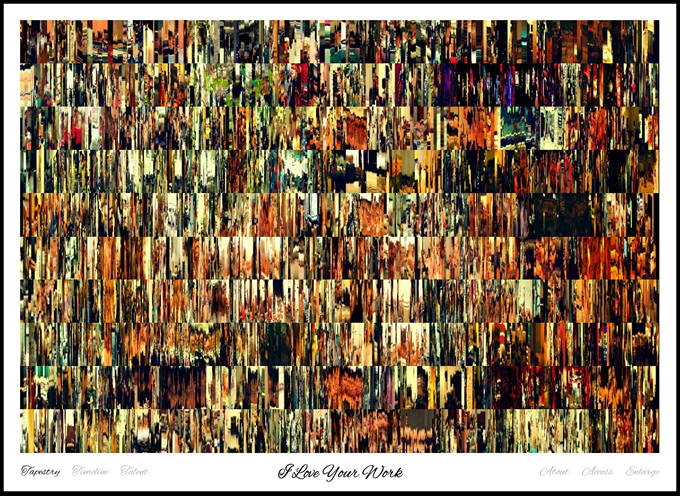 Today Ela woke up, took the subway and went to work in an nondescript building in New York City. After she arrived to work, she checked her iPhone, she got her makeup on, she changed her clothes and she masturbated in front of a production team and a camera.

This is just a small portion of one of the 10 stories included in Jonathan Harris’ latest interactive film I Love Your Work (2013). For 10 days, the Internet artist and designer living in Brooklyn, followed 9 women who were working on a lesbian porn series, and documented a span of 24 hours for each one (and one woman twice), filming more than 2000 ten-second clips at 5 minute intervals. Each woman shares with the cameraman (and with the audience) a part of herself, not only physically but also – and more often – on a personal and moral level. Jincey, Nic, Dylan, Jess, Ryan, Ela, Joy, Dolores and Luna speak (a lot) about themselves, they interact with partners and friends, they live their every day lives. Each collection of these videos snippets forms a timeline, that in turn merges on a choral narration on the website http://iloveyourwork.net.

Access to the website is limited to 10 people a day, and comes with a fee: each “ticket” allows you to view for 24 hours the 6 hours of footage through an interface specifically designed for this project. The menu at the bottom of the webpage allows several ways of accessing the project (from a “mosaic” of still frames taken from the footage in its entirety, to several timelines, or the talent gallery). During the streaming of the video the “viewer” can select different parts at any time. 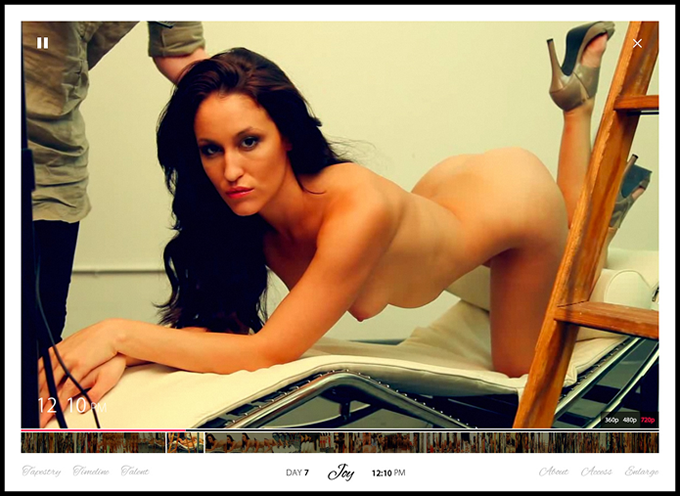 Harris had probed before the Web (defined it a “meta-organism”) in search of life, ideas, feeling and most of all stories. His role: to build tools that would allow reorganizing these elements (often basic or minimal) in more complex “bodies”, that are multifaceted and usable – from the feelings gathered from the entire Web of We Feel Fine (2006), to the stories posted by the more restrained community of Cowbird (2011), through the trends of international news of Universe (2007). 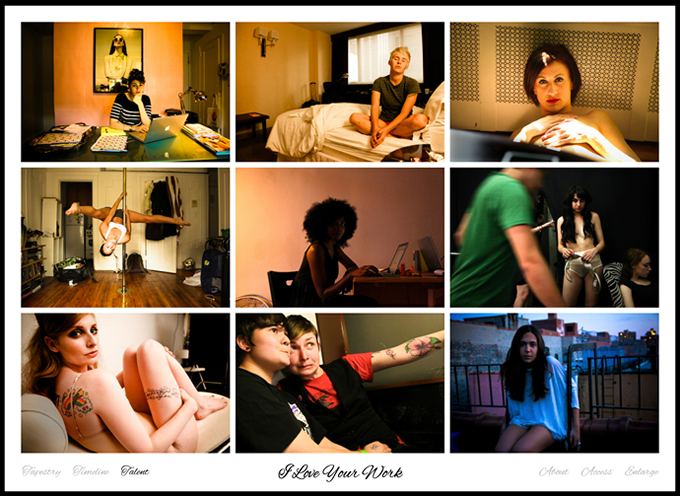 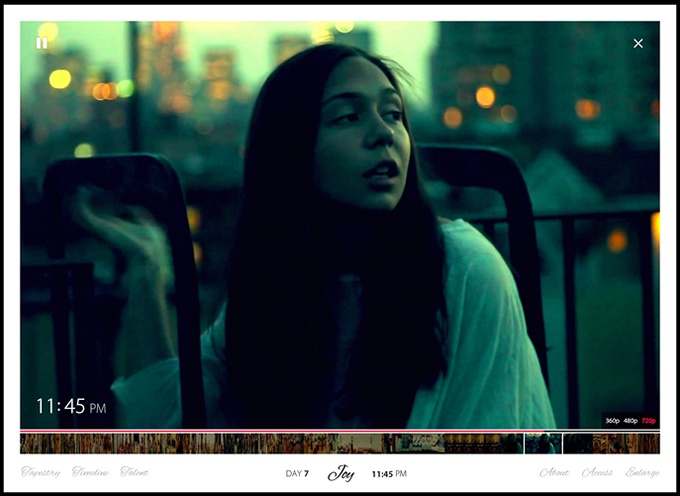 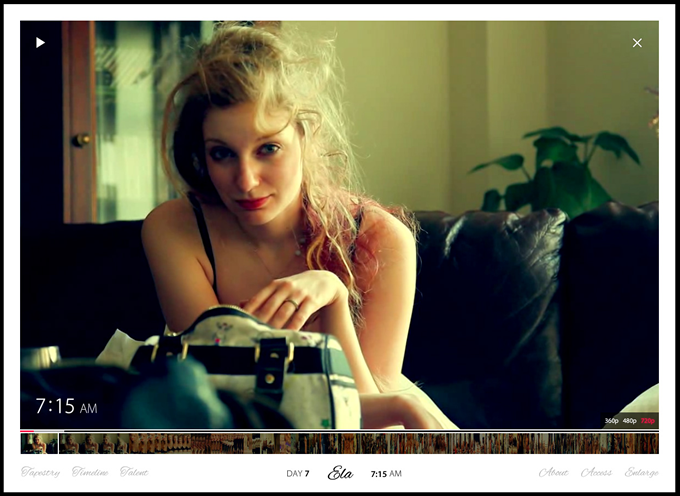 Besides the peculiar thematic choice, I love Your Work continues the evolution toward new representation platforms, where narrative in its classic forms combines with multimedia through database, infographics, videos and photos, and ends up in the limitless stream of the Web.