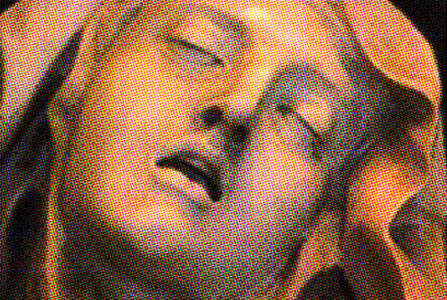 ISSUE Project Room is thrilled to host pioneering multimedia artist Joshua White and his legendary Joshua Light Show for a week of unique audiovisual collaborations. The residency will involve White’s iconic projections alongside an incredible roster of musicians, with a different musical genre represented on each night of the residency.

The Joshua Light Show involves a team of video and light artists, led by White and his senior collaborator, Bec Stupak (Honeygun Labs) to improvise live synesthetic visuals behind a giant rear projection screen, involving the ‘liquid light’ techniques he developed at Bill Graham’s Fillmore East during the late 1960s. In addition, each performance of the light show will feature contributions from a different live-cinema artist, including Seth Kirby, Zach Layton, and Mighty Robot A/V Squad. The residency is curated and produced in collaboration with Nick Hallett and concludes a month of programming at IPR devoted to the Ecstatic Mome! nt.

Joshua White is a New York based multimedia artist and television director. He studied theater at Carnegie Mellon University and film at University of Southern California. He is well known for developing the lightshow at the rock venue Fillmore East, appearing with artists such as Jefferson Airplane, The Grateful Dead, Jimi Hendrix, Janis Joplin, The Doors, Yayoi Kusama, and Led Zeppelin, among many others. During this time, he also created special effects for the film Midnight Cowboy. After the lightshow?s performance at Woodstock in 1969, White shifted to television. His directing credits include Seinfeld, The Max Headroom Show, Club MTV and Inside The Actors Studio. 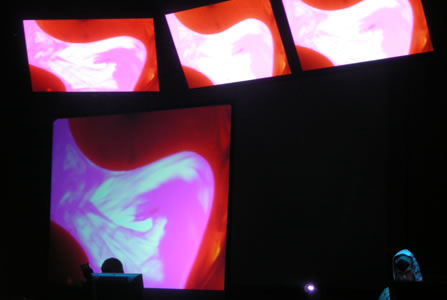 In the 1990s, White returned to creating fine art installations in collaboration with Michael Smith, and in 2004 developed a new lightshow with comic artist and designer, Gary Panter. His first show since 1969 billed as ‘Joshua Light Show’ was performed in April 2007 at The Kitchen, which he followed up! with a headlining performance at the annual Netmage live media festival in Bologna.

His artwork has shown at the Whitney Museum of American Art, Hirshhorn Museum in Washington, D.C., Los Angeles Museum of Contemporary Art, Tate Liverpool, Kunsthalle Schim Frankfurt, Blanton Museum of Art, Austin, and the Kunsthalle Wien. The Center for Visual Music recently released a DVD of his ‘liquid loops’.