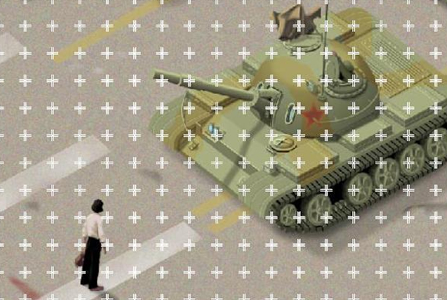 GameScenes. Art in the Age of Videogames is the first volume entirely dedicated to Game Art. Edited by Matteo Bittanti and Domenico Quaranta, GameScenes provides a detailed overview of the emerging field of Game Art, examining the complex interaction and intersection of art and videogames.

Video and computer game technologies have opened up new possibilities for artistic creation, distribution, and appreciation. In addition to projects that might conventionally be described as Internet Art, Digital Art or New Media Art, there is now a wide spectrum of work by practitioners that crosses the boundaries between various disciplines and practices. The common denominator is that all these practitioners use digital games as their tools or source of inspiration to make art. They are called Game Artists.

GameScenes explores the rapidly expanding world of Game Art in the works of over 30 international artists. Included are several milestones in this field, as well as some lesser known works. In addition to the editors’ critical texts, the book contains contributions from a variety of international scholars that illustrate, explain, and contextualize the various artifacts.

Text in English and Italian.

Matteo Bittanti‘s research focuses on the cultural, social, and theoretical aspects of emerging technologies, with an emphasis on the interrelations of popular culture, visual culture, and the arts. He lives in San Francisco. www.mattscape.com/

Domenico Quaranta is an art critic, teacher and academic researcher. His primary interests is the intersection of art and digital technologies. His contributions on art and culture have appeared in several publications. He lives in Brescia, Italy. http://www.domenicoquaranta.net/

GameScapes. Videogame Landscapes and Cities in the Works of Five International Artists – curated by Rosanna Pavoni

The release of GameScenes coincides with the launch of GameScapes. Videogame Landscapes and Cities in the Works of Five International Artists, a group show featuring works by some of the most celebrated artists working with digital games: Cory Arcangel, Mauro Ceolin, Jon Haddock, Eddo Stern, and Carlo Zanni.

Curated by Rosanna Pavoni with the collaboration of Matteo Bittanti and Domenico Quaranta, GameScapes investigates the  notion of digital games, spaces, and urban environments in in our hyper-mediated age. Comprised of paintings, installations, and projections, the exhibition space will be transformed into a real-life gamespace.

Included in the exhibition are a video installation by Cory Arcangel, Super Mario Movie (2004), a series of paintings by Mauro Ceolin from the SolidLandscapes (2004-2006) series, Carlo Zanni interactive installation Average Shoeveler (2004), Eddo Stern recent urban machinima Landlord Vigilante (2006) and the entire series of Jon Haddock seminal Screenshots (1999). Most of these artworks have never been presented in Italy before.