CryptoKitties is "Bringing the Blockchain to Life" using art and cats

On September 1, CryptoKitties, in partnership with Meural, unveiled an art exhibit at the ZKM Center for Art and Media in Karlsruhe, Germany. The exhibit, Bringing Blockchain to Life, showcases the inner workings of blockchain technology in real-time. Adorable digital cats are expected to be a dominant feature in the work.

CryptoKitties caught the public’s attention when the product launched in late 2017, with the game’s popularity overloading Ethereum, the world’s second largest blockchain. The game is the first commercially successful consumer product to leverage blockchain technology and is lauded for pioneering a use case for blockchain technology beyond cryptocurrencies.

Often referred to as “cryptocollectibles” or “non-fungible tokens”, the philosophy and technology behind CryptoKitties serves as a proof of concept for blockchain’s potential to reshape art and culture. Like traditional works of art, each CryptoKitty is distinct, and has valuations for individual cats ranging from six cents to six-figures. In May, a CryptoKitty displayed at Christie’s Auction House in New York sold for US$140,000, with proceeds funding the Foundation for Art &Blockchain. 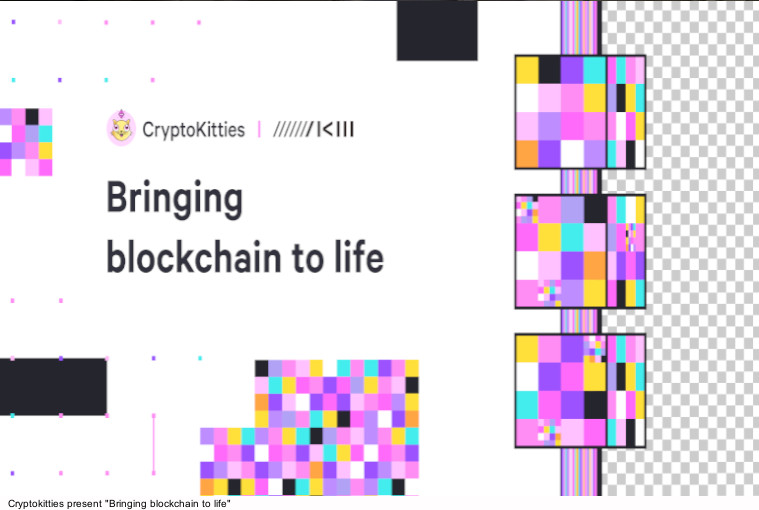 “CryptoKitties’ good design and appealing aesthetics are responsible for introducing entire new audiences to the potential of blockchain technology,” says Roham Gharegozlou, co-founder and CEO of CryptoKitties. “Emerging technology often has its most innovative work conducted in the art world – the Kitties are artworks themselves.

Our exhibit at ZKM continues our mission of demystifying the blockchain so that the people that can benefit from it most – whether they’re creators and consumers, or artists and their fans – can be a part of the technology’s future.” CryptoKitties’ Bringing Blockchain to Life will be featured as part of ZKM’s ongoing, boundary pushing Open Codes exhibition.

According to ZKM’s website, the exhibition’s works will “visualize and explain the complex dynamics of codes, and the way in which they are increasingly shaping the way we live and perceive the world.” Meural’s Digital Art Canvases will display CryptoKitties as digital artworks. 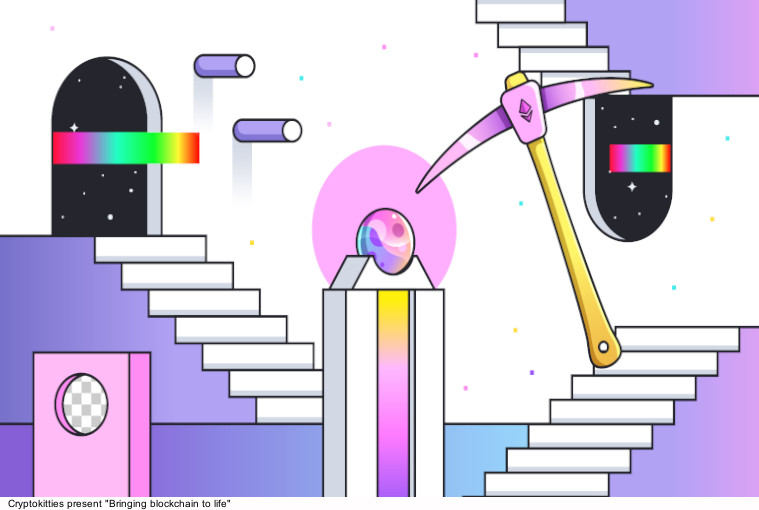 “We’re excited to be able to help CryptoKitties make their museum debut by providing them with a physical home that’s worthy of a museum setting”, says Vladimir Vukicevic, co-founder and CEO of Meural. “Our product, the Meural Canvas, is an ideal way for crypto art enthusiasts to show off their collectibles in a way that does justice to their value, and makes them easy to display and enjoy. By partnering with CryptoKitties for this event, we hope to help general audiences envision how cryptocollectibles might fit into their everyday lives.”

CryptoKitties is the world’s most successful blockchain game; since launching, tens of millions of US dollars in transactions have been conducted on the platform, with some of the game’s most popular cats selling for the equivalent of more than US$100,000. Unlike cryptocurrencies, CryptoKitties are individually unique digital assets akin to digital art.

CryptoKitties was created by Axiom Zen and spun out into a new company called Dapper Labs in February 2018, raising $12.85M from leading investors including Andreessen Horowitz, Union Square Ventures, and the founders of Dreamworks, Reddit, Coinbase, Zynga, and AngelList, among others.

Meural combines the best of art, technology, and design to create products that make us feel something. They are building a future in which art fills every blank wall, and everyone can become a patron of the arts. To that end, they’ve developed a patented platform for discovering, customizing, and interacting with visual art in your everyday life. 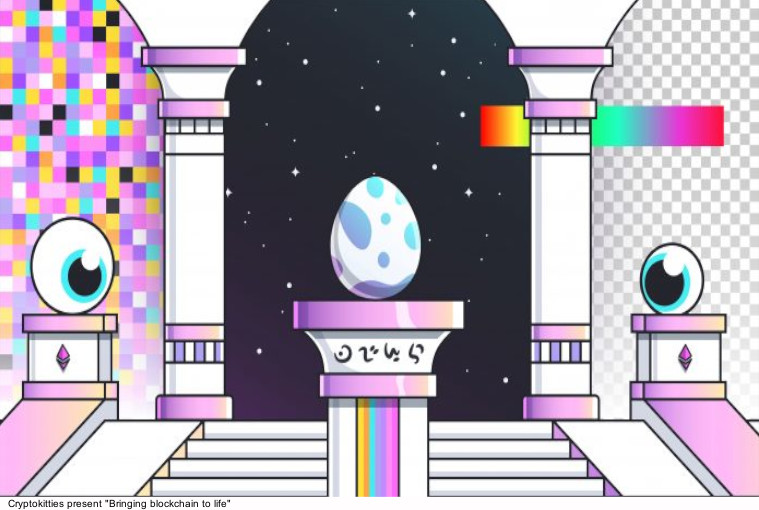 Through both their hardware product, the Meural Canvas smart frame, and my.meural—the expertly-curated library that powers it—the Meural platform empowers users to display over 30,000 artworks, and interactwith them using voice, gesture, web, or mobile app.