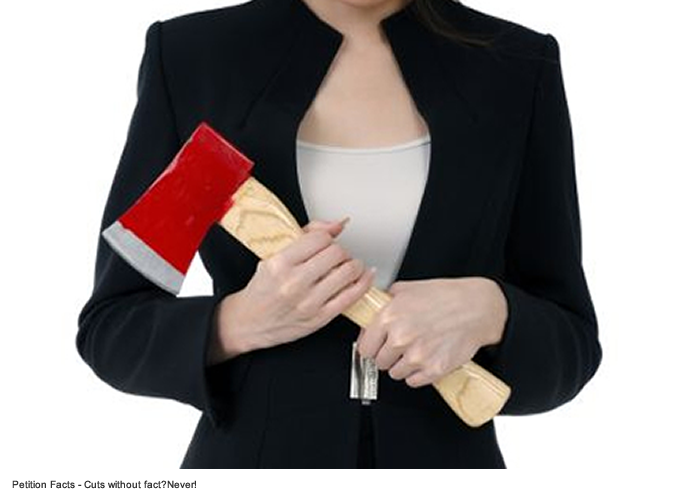 This letter has been written for this edition of Digimag and is signed by the whole staff at “Sonic Acts” Festival in Amsterdam: Arie Altena, Lucas van der Velden, Martijn van Boven, Annette Wolfsberger, Nicky Assmann, Femke Herregraven, Gideon Kiers

The letter ‘Meer dan kwaliteit’ (‘More than Quality’) by the State Secretary for Culture, Halbe Zijlstra (VVD, People’s Party for Freedom and Democracy) arrived in the electronic mailboxes of Dutch art and cultural institutes on Friday, 10 June 2011. It stated that €200 million would be brutally slashed from the arts and culture budget, starting as early as 1 January 2013.

Apparently, Zijlstra, who admits that he lacks any understanding of art and culture, has blatantly ignored all the recommendations made to him on this subject, including those from the Arts Council (the government’s official advisory body). Subsidies for a limited number of ‘world-class institutes’ such as the Nederlandse Opera, which already receive a substantial portion of the existing budget, will be maintained. As far as Zijlstra is concerned, most of the other institutes can disappear – they will no longer be able to rely on structural support from the government. 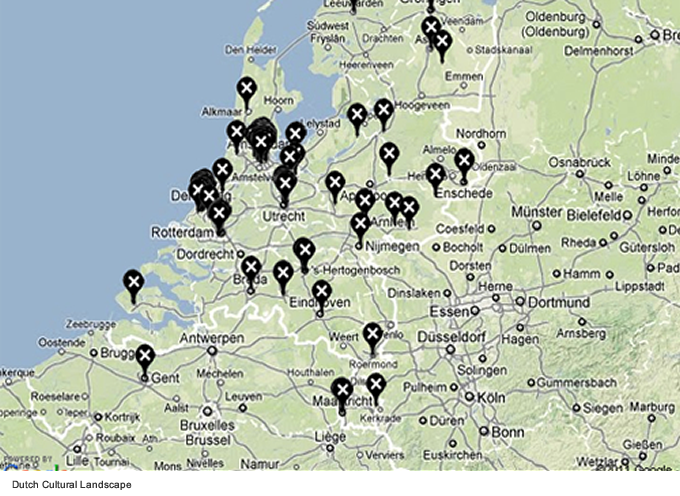 This not only applies to all the production houses for theatres, half of the orchestras, the Muziekcentrum Nederland (formed in a recent merger), the Foundation Art and Public Domain (SKOR), renowned exhibition spaces and research facilities for visual art such as De Appel, but also to the entirely new media sector with its internationally acclaimed institutes such as V2_, the Netherlands Media Art Institute (NIMk), Mediamatic, WORM, the Waag Society and STEIM, as well as to the Rijksakademie, de Ateliers and the Jan van Eyck Academy.

Support for critical-analytical journals such as “Open” and “Metropolis M”, and for the literary magazines, including “De Gids”, will be discontinued. Furthermore, the budget that will be allocated to project subsidies, i.e., for individual artists, one-off projects and festivals, will be more than halved. Only ‘international world-class talent’ and art that has already proven itself will remain.

This is not merely the austerity plan that was anticipated from a centre-right minority cabinet that is at the beck and call of the populist PVV (Party for Freedom): it is a direct attack on art, an attack on anything that does not fit into a market economy, on anything that refuses to, or cannot be, adapted to a populist-tinted, neo-liberal mindset. It marks the end of a cultural sector that was birthed with a great deal of effort and difficulty. His letter does include a few obligatory sentences that could fool a hasty reader into thinking that there actually is a coherent vision behind this policy, but each substantive phrase is contradicted by the proposed regulations.

The letter brims with resentment towards innovative and investigative art, towards groundbreaking art, art that cannot survive if it is only supported by the market. The letter expresses contempt for artists’ works, contempt for the wealth of experiences that art can provide, and contempt for people who enjoy it. The contributions that art makes to society and innovation have been completely ignored. The idea that sustaining art and culture is in the public interest is negated; in fact, the notion of the public interest is ignored altogether. The right for works to exist is reserved only for those works that ‘the market’ – whatever that might be – or wealthy patrons will support. Zijlstra’s letter is nothing more than a dictatorial ruling. We are being spurred to our downfall by populist neo-liberalist policies. 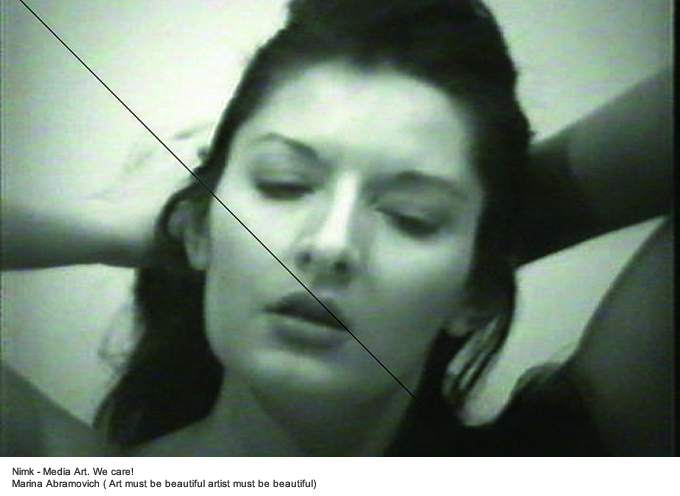 There are absolutely no policy reasons for the €200 million of cutbacks. This deal was struck with the PVV in exchange for its support in parliament of the minority cabinet. The intention is to inflict irreparable damage on an entire profession. Zijlstra is striving to decimate and eliminate this professional group’s creative, innovative and critical potential. Not a single member of his own party (VVD), or anyone from its coalition partner, the CDA (Christian Democratic Party) has opposed him. As far as they are concerned, traditional art is merely the superfluous ornamentation of a society. Contemporary art is labelled as alienating, and even, although no one actually says it out loud, as ‘degenerate art’.

Prioritising world-class talent implies that the State Secretary makes a distinction between ‘art that has already proven itself’ and all other art. This is illogical and downright ignorant. Art is in a state of constant change, it reflects on a society and the time in which we live, it is frequently at odds with accepted norms and values, and reveals new and unexpected perspectives. Zijlstra is of the opinion that there is only room for art from the distant past, for cultural heritage such as centuries-old ballet, opera, classical music and visual art. But classical art only has meaning in the context of new art, they enhance each other and validate each other’s existence.

This means that from 1 January 2013 no money and thus no time will be made available to create unique or ambitious artworks, for fundamental research, for developing complex technological works, for art that critically examines our complicated world, for artworks that enrich society and people in sometimes unparalleled ways. What remains is ‘music for the millions’; all the rest will be amateur art. Artists who are driven by their craft will have to create their art in their spare time. Cultural vitality will disappear, as will the economic vitality that is driven by art. We can forget about innovation and international allure entirely. 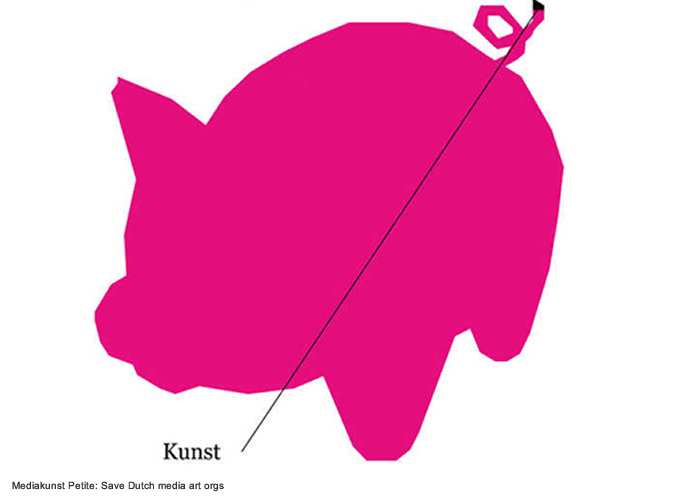 Of course, the situation as it stands at the moment can and should be criticised. For a long time many of those who are active in the sector have been dissatisfied with the ways in which funds are allocated. But Zijlstra’s plan has brought an abrupt end to this discussion, as well as to the discussion about how funds can best be used to stimulate culture. He has opted for the simplest solution: get rid of it all.

Reactions to the proposals have been manifold, and they have naturally provoked a rebellion by artists and the employees at the affected institutes. It has also inflamed a furious backlash from private funding organisations, wealthy right-wing culture aficionados and patrons – after all, Zijlstra’s intention is that they should fund the arts sector. During the parliamentary hearings they repeatedly reminded Zijlstra that the Netherlands is a country where private sponsorship of the arts has always been in short supply, and that there are almost no financial incentives for patrons.They stated resolutely that they feel betrayed, burdened with the impossible task of saving art, and declared in no uncertain terms that the government has revealed itself to be an untrustworthy partner.

In their opinion, the proposed policy is offensive, irresponsible and counter-productive. Rick van der Ploeg, a leading economist, a former State Secretary of Culture and a proponent of professionalising the economic aspects of art, wrote in the NRC (national newspaper) that it is “a measure of their brazen brutality that this cabinet wants to be remembered for its irreversible butchering of a closely-knit, high-quality and multi-faceted network of cultural opportunities in our country,” and continued, “The policy being proposed lacks the standards of quality which are necessary in a democratic, constitutional society.” This sentence is worth reading twice.

It should be a cause of concern for everyone that a minority cabinet with the feeble support of a parliamentary majority of only one seat would take such draconian and drastic measures without paying any heed to the other half, which has only one seat less than the ruling coalition. Zijlstra shamelessly admits that the proposals have no basis in fact, and display a total lack of sympathy for the field. This undemocratic attitude only compounds the suspicions about this government’s much more drastic proposals for cutbacks in health care, education and pension schemes, and it underscores the steps they are (not) taking to discipline the financial sector. 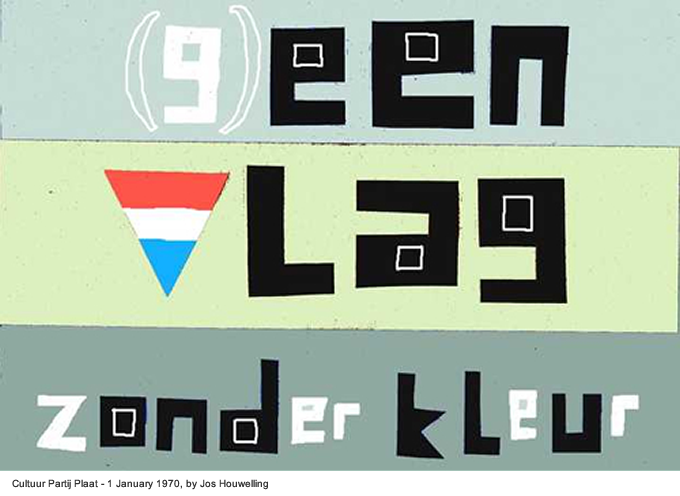 Despite all the government’s hollow arguments, nobody has actually explained why these cultural cutbacks are necessary. All those who were asked to make recommendations about the plan advised against it in the strongest possible terms, and all of the unsolicited recommendations were negative too. There is unanimous agreement that the plans will have disastrous consequences. A staggering number of institutes will have to be closed and there will be very little funding for artists.

There will be a wide-scale destruction of capital, costs will not be offset by the profits, and the Netherlands will be downgraded to a cultural backwater. It is clear what the implications of this will be for the cultural and economic business climate: international companies or professionals working in the knowledge industry will no longer consider basing themselves in the cultural wasteland that the Netherlands will become.

The government has disdainfully cast aside all the recommendations and is bulldozing ahead with its plans. The only possible conclusion that can be drawn is that they are intent on the wide-scale eradication of art and culture in the Netherlands. Halving the project subsidies – in an arts budget that was one of the lowest in Europe, even before the cutbacks – means that art in the Netherlands will cease to exist in its current form and diversity. After 600 years of growth and progress that started in the Renaissance, the Netherlands will once again find itself in a Dark Age.