New Proposals At Loop 2011. From Performance To Mobile Art 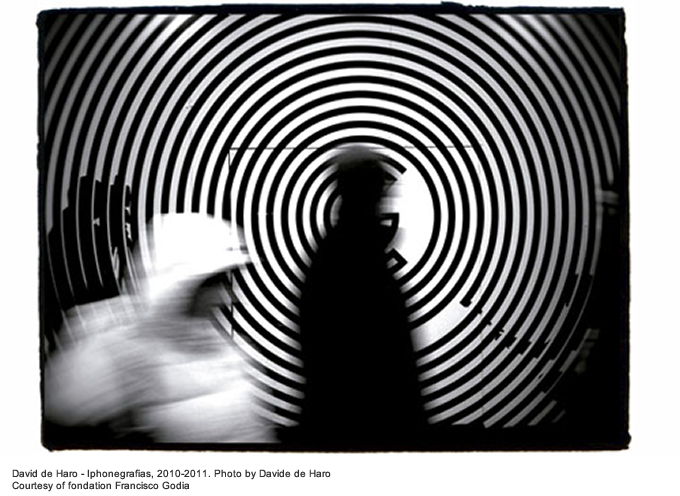 “We live in a world filled with images: we live within images, images live us and let us live.” – Joan Fontcuberta

Last Spring Barcelona has witnessed the ninth edition of LOOP, the most fascinating video art festival/fair of our time. No one can resist LOOP: a wonderful, dynamic, heterogeneous event, an appointment everybody should go to.

Though without the expectations, or huge propagandas typical of a Biennial, LOOP has been capable of positively shocking the Catalan city and turning it, for a moment, into the World’s capital city of video art. We had already discussed about its dynamics, history and close relationship with Barcelona in a last year’s interview for our magazine with its three directors Carlos Duràn, Emilio Álvarez, Llucià Homs.

The 2011 edition matched the expectations. There have been many events, many spaces consecrated to new artistic and creative projects on the moving image topic. It has been hard, if not impossible, to watch the incredible amount of expositions and projections. Thousands of hours of video scattered around art centres, hotel, galleries and a myriad of informal places depict a complex, heterogeneous and various audiovisual landscape, caring about the importance of creating new critical and aesthetical proposals. An incomplete route, aware of the impossibility to carefully observe everything, but indeed full of exciting and innovative points that took me among the numerous proposals of LOOP 2011. 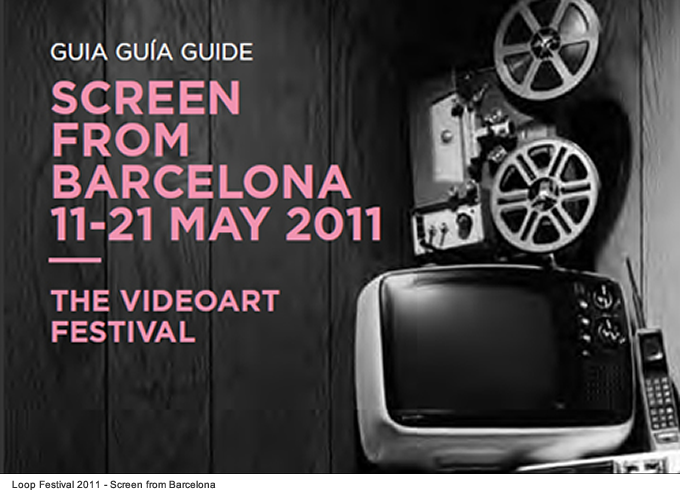 Ars Santa Monica, the centre where the festival has been launched, hosted the Experimental Station: For a Performative Cinema exhibition, a series of video selected by Pascale Cassagnau, curator of Centre National des Arts Plastiques in Paris. Performance becomes a code and space of experimentation in which the research for “disciplinary breaking”, or transdisciplinarity between video art, theatre and performance plays a fundamental role. Among the video art works within the spaces of Santa Monica’s El Balcò, Wild Boy by Guy Ben-Ner seems particularly worthy to be mentioned.

Such work hints in a parodic way at the movie L’Enfant Sauvage by François Truffaut. The video shows a series of scenes where the artist/actor subjects his son Amir to strange and extravagant educational and pedagogical techniques. It may also remind – due to its irony and narration form – of the series of “domestic exercises”, the famous Actions at Home by the Spanish duo Bestué/Vives. In the same exhibition space, some videos by Alexandre Périgot are worthy of attention as well. They show performers and dancers reproducing typical falls of videogames characters, Kill Kill Chorégraphie, or the choreographies and battle scenes of Asian action movies, Synopsis Catharsis.

Casa Asia is another historical space of the city that already hosted LOOP Festival within its amazing building on the Diagonal Street. This time, with Jinsuk Suh, Menene Gras and Benjamin Weil, Casa Asia presented the Move on Asia. The End of Videoart exhibition. The project included Asian videoart works coming from Australia, China, Hong Kong, India, Indonesia, Japan, Korea, Philippines, Singapore, Thailand, Taiwan and Vietnam, produced during the last ten years, from 2001 to 2010.

Selection of various videos, distributed on three stories of the modernist building Barò de Quadras, is the result of an intense collaboration between Casa ASia, LABoral of Gijòn and LOOP Seul space, South Korea. Such Korean space, managed by Jinsuk Suh, has been organizing in Seoul for five years the Move on Asia video art festival – an important event featuring the collaboration of many critics and curators of Asian areas and representing the core of Asian artistic production. 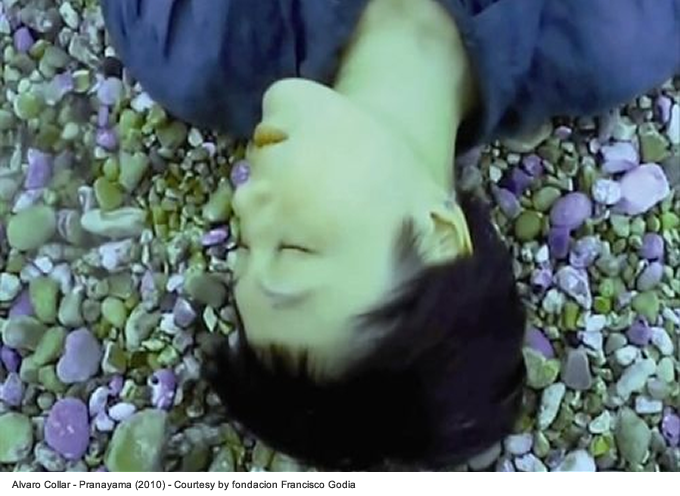 The first decade of XXI century has distinguished, amongst other things, for a clear shift in the World’s economical, geographical and cultural balances. In this transformation scenario, the Asian continent arises as one of its most active characters. No doubt artistic and creative panoramas follow these guidelines, both in economy and production terms.

Among the works present at Barcelona exhibition, it is right to remember Factory (Taiwan 2003) by Sheih-Jen Chen. It is an intense video where silence underlines the light and slow movement within Taiwanese factories, creating a flow of images, poetical yet distressing at the same time, illustrating how many women live and work in this wide industrial spaces. Another unmissable video is the monumental work Microcosm by Chinese artist Miao Xiaochum. A 3D revisitation of “Garden of Delights” by Hieronymus Bosch; a surprising work where classical images, different aesthetics, fantasy and reality are mixed together to form a great digital whole.

The exhibition’s title also makes a little reference to the multiple possibilities offered to modern art and creativity by the new audio visual tools. In fact The End of Videoart refers to the end of a closed category and the beginning of a new creative, aesthetic, technical and technological expansion.

In this broader vision, open to new techniques and audio visual tools, the first Barcelona’s exhibition about new aesthetical and artistic practices through the use of mobile phones makes its apparition.

Mobile Art. Experiencias móviles, hosted in the spaces of Fondazione Francisco Godia with Lorea Iglesias as curator, explains a general overview on these new expression forms among which photography, video, performance and installation have been included as well, but in particular it offers a chance to reflect upon the different implications of these technical improvements. 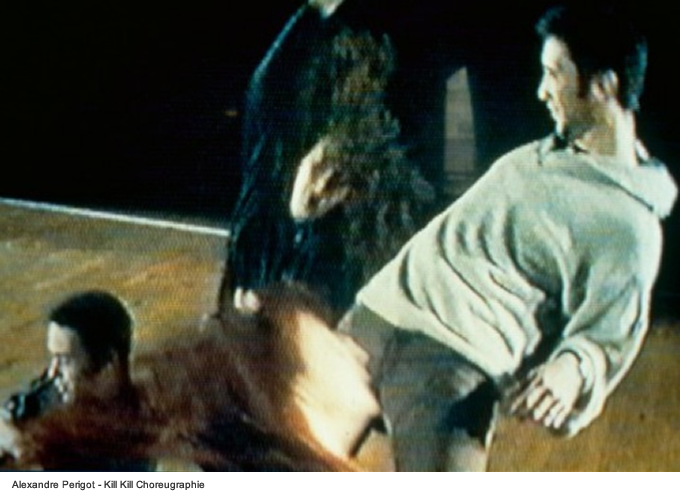 It is not accident that the day before the exhibition’s opening, on the Cultura/s de La Vanguardia, one of Barcelona’s most important and read cultural inserts, an interesting article/dossier by photographer and critic Joan Fontcuberta has been published. The article, entitled Manifesto Postfotografico, claims the expansion of the artistic field, the arrival of a “post-photographical” era changing radically the notions of images production, usage and circulation. The citizen-photographer has officially born.

And so they are telephonic-photographical media, Smartphones and multimedia technology as new artistic tools upsetting communication channels and encouraging new creative forms, gestures, times and spaces to catch reality.

Fondazione Godia’s exhibition put into our hands an unquestionable reality: a world where the production of images has increased without limits; a country, Spain, where the number of mobile phones have exceeded that of inhabitants, 50 billions against 47; a medium, the mobile, that has become natural extension of our body by now, invading our everyday life and clearly stimulating artists’ curiosity and creativity. Immediacy and spontaneity are the first effects of such technical transformation.

The medium’s “portability” produces an universal, infinite and daily language of image, based mostly on social rather than aesthetical characters. 365 days of phone.tography by Pere Cortacans, Micrografias by Javier Castañeda or IPhonegrafías by David de Haro constitute a narration of everyday life and immediacy, due to the present technical/social transformations indeed, yet not announcing a radical aesthetical change. On the contrary, the expansion of digital photographical media produces that kind of amateur aesthetics, typical of the citizen-photographer whom Joan Fontcuberta is talking about.

Among the works present to the exhibition it is worth to pay tribute to megafone.net by Antoni Abad, one of the first to ever use the mobile phone as a means of audio visual production. Thanks to GPS technology and an Internet platform, the artist created a network of different collectives, scattered in many European and Latina American countries, capable of recording their everyday life, desires and needs, thus creating an audio visual structure of alternative information. The social aspect of Antoni Abad’s work is predominant: interactions, collaborations and participative procedures coming from it underline the potential of mobile technology and shape a digital megaphone capable of giving voice and visibility to almost unknown collectives. 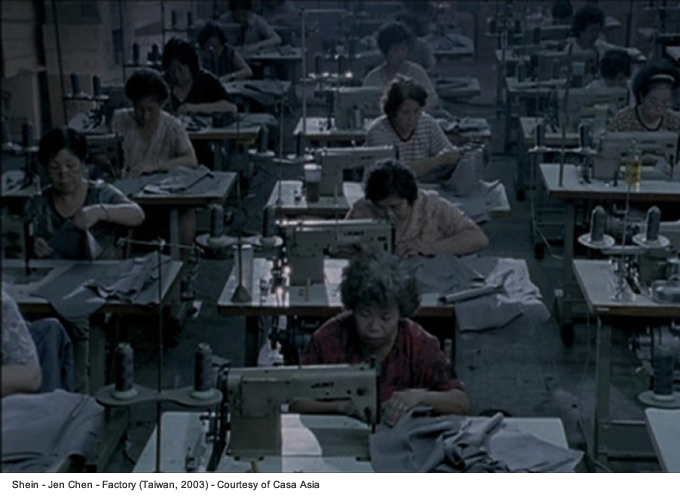 Barcelona’s festival, through the Mobile Art exhibition, new Asian video art proposals, works reflecting on the connections between theatre and video – and the other myriad of events of LOOP 2011 – shows once again its care towards the most interesting artistic and creative realities in the universe of images and strengthen its role in the European and World cultural panorama.dell’immagine e rafforza il suo ruolo nel panorama culturale europeo e mondiale.