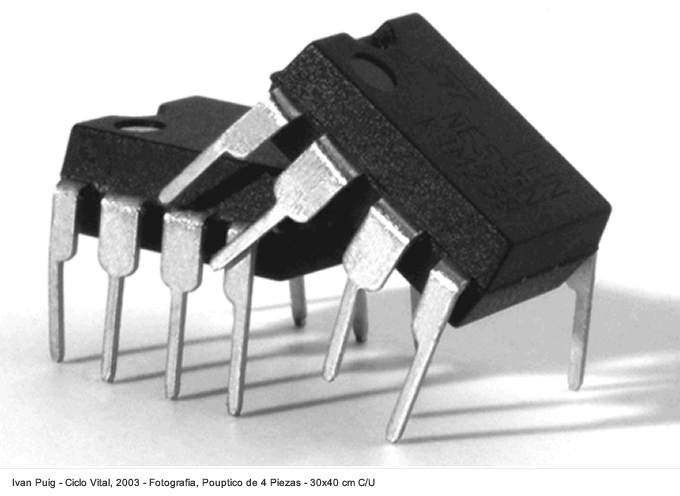 One of the most important events within ISEA RUHR 2010 – The International Symposium on Electronic Art was maybe the Latin American Forum IV, a series of conferences and debates divided into four meetings during which historians, artists and editors discussed and tried to define the contemporary artistic trends of the continent.

The forum was designed, edited and coordinated by Andres Burbano. The Colombian artist lives today in the USA and is well known since the beginning of the 21st Century thanks to his projects that mix mass media and online video distribution.

“The idea of the forum comes from far away” explained Andres. In 2004 during ISEA, Andreas Broekmann talked with him about the idea of organizing a conference on artistic trends linked to the new Latin American media. Six years later, also through the economical support of the Instituto Sergio Motta (San Paolo, Brazil), the Centro Arte Alameda (Mexico City) and the German diplomacy, the forum moved its first steps by bringing to Europe artists, theorists, editors and researchers from the Continent. 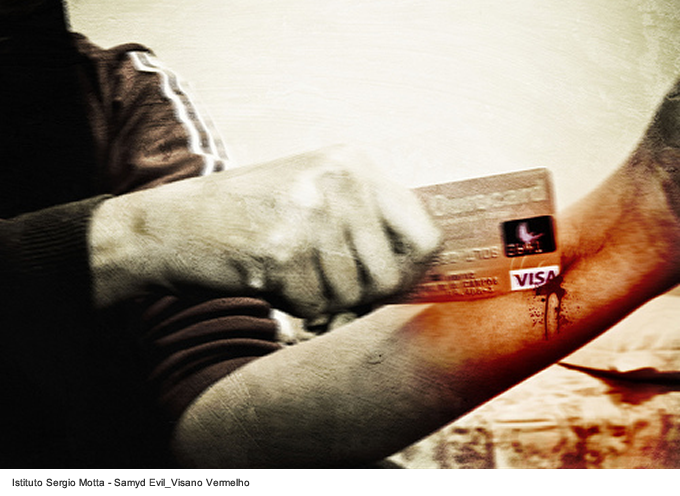 It is certainly true that until now Europe has shown few knowledge and curiosity on this topic, with exception of Spain, which has a different history of participation in the main activities in Latin America metropolis, due to the development of Spanish Centers of Culture in the continent. The CEE began spreading at the beginning of the new millennium in the main Latin capitals as cultural expression of policies which supported the neoliberal economical expansion of Spain in Latin America.

The privatization and selling of former public infrastructures made by governments in Argentina, Chile, Colombia, Mexico etc. at the end of the ’90s brought for example the expansion of Telefonica, the Spanish telephone company, all over the continent as main service distributer. The same happened for water, electricity, gas supply etc. Besides this new form of economical colonization, which strongly boosted the Spanish economic growth from the ’90s, the Spanish diplomacy also developed this system of cultural centers (the CCE), that strongly supported the local creativity, above all as regards new media, by giving place and possibilities to artists and theorists in order to develop projects, exhibit them and invite other workfellows from other countries of Latin America.

This deep connection between Spain and Latin America hadn’t till now brought a real opening of Festivals of new European media to Latin themes: the gratitude gives to the organization ISEA, which strongly wanted the Forum and even used the German diplomacy’s funds to finance the participation of guests (as those who participated well know, ISEA doesn’t fund the invited artists and lecturers, who travel at their own costs, or the organizations in which they work. This is the exceptionality of the event).

Andres Burbano‘s research and relationship work for the creation of this Forum brought to the organization of four interesting and crowded meetings, which gave place to many debates that spread also outside the conference room. After all, Andres isn’t new in this kind of projects: since he was professor at the Universidad de Los Andes in Bogotá, he organized series of monthly meetings on this topic and invited the most important theorists coming from Latin America and Europe. 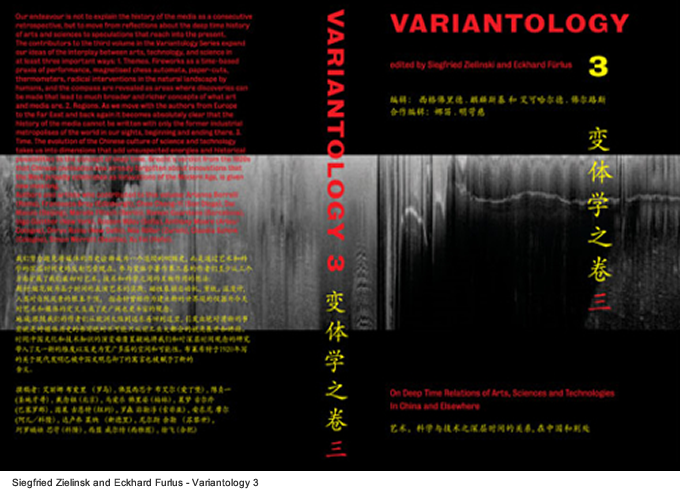 Among them Siegfried Zielinski, founder of the Arts and Media Academy in Cologne (Germany) and inventor of Archaeology/Variantology of the media, a research project which operates today at the Arts University in Berlin and focuses on the new narration of artistic expressions linked to the use of technology on comparative basis. During the opening meeting, titled “Latin Variantology”, Zielinski concluded the opening presentations of Domingo Ledezma (Venezuela) and Karla Jasso (Mexico), aiming at narrating possible prehistoric expressions of Latin multimediality in some experiences of  the 17th Century. Doing this he astonished the audience with a series of pyrotechnical positions.

“Until now, the History was reconstructed from the European perspective of philosophical culture that considers the European Modernity as the beginning of everything”. This incomplete model of History narration gave birth to totally short-seeing postulates, such as those supported by Hegel in “History Philosophy”, which was defined by Zielinski “the most Eurocentric and racist book one can ever read”. In Hegel’s construction the history of culture begins in the Eastern World and moves then to the Greek and the Roman world to reach its top in the German culture.

The rest of the world doesn’t exist. Africa is the cannibal continent (without history) whereas Latin America is only a European emanation: if some cultures existed in the past, they weren’t enough important to compete with the European one, which arrived in the continent and made them disappear.

This construction, said Zielinski, came to an end: we are witnessing “the end of history in European sense” and we must develop now a new concept of history which recognizes the variants to the hegemonic model that existed till now. The reconstruction goes through a new language, that also foresees that we forget words like “Media” and “Modernity”. How? By looking at possible past times (i.e. variants to Modernity) as our future and changing our language. For example, by studying how the Indios of the American continent communicated through acoustic or how they invented games based on algorithmic devices. The idea of past as our future must also take into consideration the post-technological future described by Raul Ferrera Balanquet, as regards Interactiva (http://www.digicult.it/digimag/article.asp?id=429). 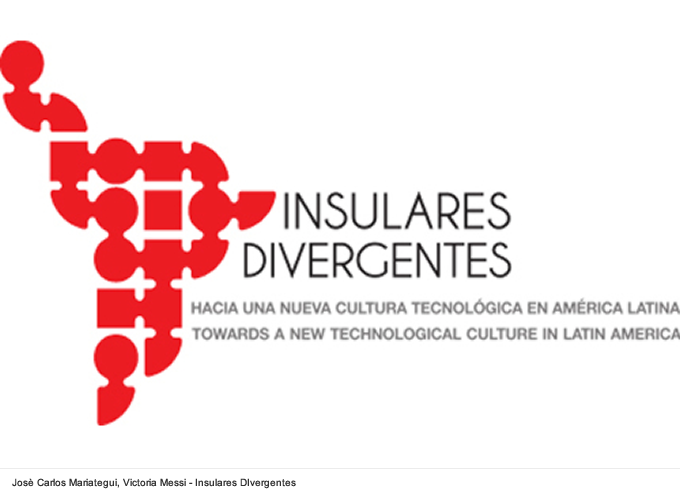 The next meeting, focused on the present time and the activity of editors and organizers saw on the stage among others also Tania Aedo, director of Centro Arte Alameda as well as José Carlos Mariategui and Victoria Messi who presented the research project Insulares/Emergentes, and the Brazilian artist Giselle Beiguelmann. The panel offered an overview of artistic and editing trends of present time. An important and common aspect of the experiences described (which move from Mexico to Peru, Argentina and Brazil) is maybe the need of talking about artistic trends based on the use of media, rather than about “electronic media art”.

This is a topic which takes into account all the local differences but at the same time is able to justify the possibility of talking about Latin America without falling being general or superficial. The attention must be therefore focused on sociological possibilities to access new technologies as well as on the approach that artists and producers have in this field. This is a fight between globalization and local reality (which not always means tradition as Beiguelmann says, but rather local and commercial diffusion of technological instruments of new generation).

The panel – second interesting moment of discussion within the Forum – brought to the understanding of the typical elements of the Latin American continent, regardless of the contention that the definition of Latin America is once again a colonial and European (French) invention dating back to the 19th century, whose aim was to differentiate the North American Anglo-Saxon and Teutonic culture from the Latin American one, characterized by a strong Latin culture (from Spanish and Portuguese colony before the independence and the French supremacy of the 19th century).

If we want to find some common points, we must look within the colonial and neocolonial history and the reactions to the cultural hegemony and the need of auto-definition with respect to the Western world also in the 20th century, characterized by the political intrusion of USA and forced dictatorships. All this brought to the development of a Latin American awareness and a strongly critical cultural production, based on procedurality and assumption, new elaboration and revival of the hegemonic culture imported from Europe. 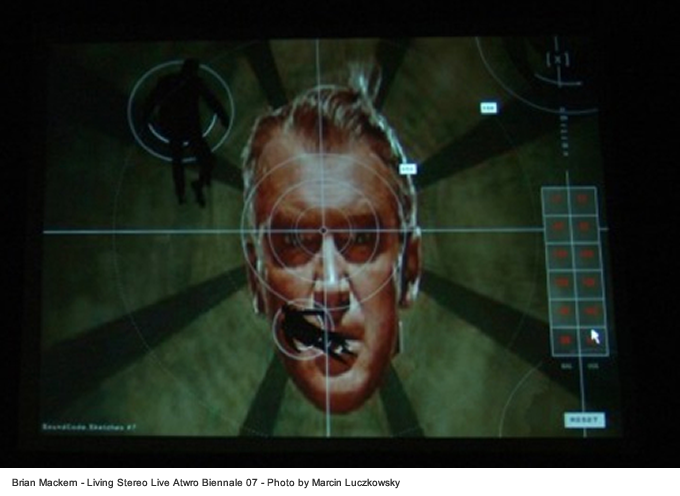 The tow following panels were chaired by artists who highlighted this pure unities within difference: procedurality and critics (which could be defined “technophagy”, by paraphrasing the “antrophagy” of the Brazilian Oswald de Andrade) against the monolicity of the European hegemonic cultural colossus.