From Frieze To Ed Rusha. October In London With Eyes Of An Art Critic 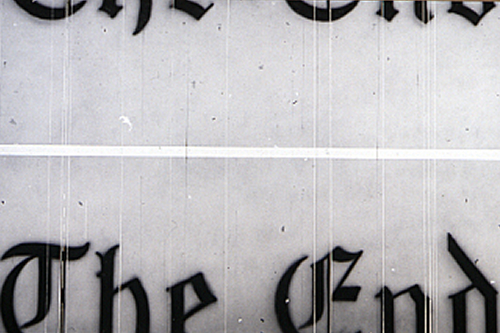 They are the first days of October, and wearing the shirt with short sleeves and summer still clinging to his back, when you book, as an annual ritual, a short trip, destination, London, to see everything an art lover would ever see.

Shows like rain: Miroslaw Balka, and the pure beauty of John Baldessari shine at the Tate Modern, a short distance Kusmirowski transforms the Barbican in a claustrophobic bunker where to look with imagination, old lamps, and remnants of war are ideal home for giant rats grown up on the banks of the Thames and the waste of nearby Mc. Donald. All this while the retrospective of Ed Rusha is about to get laughs of the show in oil on canvas of the skeletons of Damien Hirst.

Out in the can-can culture and a thermometer in free fall, London’s not forget some to be the “City” of the big banks and big business, big speculation in the past, past and future. Then, the event shouted to the four media, television, radio, newspapers, the Internet can only be Frieze, the fair every year Regent’s Park transforms into a park for the noble race of contemporary art.

Ugo Rondinone, A Day Like This Made Of Nothing And Nothing Else

The tyranny of time is felt, and it is impossible to exhaust the innumerable proposals. Start with the big hat of the fair. This year’s event was watched by many as a kind of crossroads or, alternatively, to the cross, to mark distances or highlight the strength of the economic crisis.

Fears of a Freeze Art was evident, and evidently had an influence, with rare exceptions, even the choices of over 150 participating galleries. Change and conservation.

For those who have always seen as the area of the Frieze Films Between one step, one foot firmly on the ground and another flight to relax on, in short, for those who seek and find proposals sometimes risky but never granted, certainly more presenting future, this year there must have been a moment of disorientation, repaired the security that between Regent’s Park in London and in Basel Messeplatz run several hundred kilometers.

Frieze on the other hand has a large and successful so quickly because he has managed to avoid a confrontation on the same playing field of the other great Kermesse Europe that is Art Basel. The diversity of perspective is the same that passes, so to speak, between the Golden Bear in Berlin and the Oscars in Hollywood. Maybe the same producers are taking part but the proposals are quite different.

Here the caution that this year or in other words, the desire to “raise cash”, the tunnel had the best. How well has the artist emphasized Elmgreen the stands of the fair was full of works that invoked “buy me, buy me, buy me.” This is the message that we would read a little ‘everywhere wearing the special glasses used by the protagonist of the film They Live (1988) by Carpenter. This can not and is not intended as a criticism of Frieze, which is born and remains a fair market, but rather underlines the risk of going to cross paths and rails already beaten already seen.

How do you translate in practice this “conservative” is easy to say: video works to life imprisonment, probation and photography, release for painting, praise for the facilities and, above all, rely on the star system, with “artistars “names” safe “, always. These considerations are taken to “bird” without going into details or stores often rich and meaningful, hiding works of absolute value, small epiphanies, alternative roads.

That this trend is temporary or otherwise linked to the current global economic condition is reflected in the new session Frame reserved for galleries open for less than six years and were requested to submit a one-man show. Excellent idea, good success. Fresh air, air-old, also stand to breathe the tunnel Zero. In the midst of this grid ordered, almost New Yorker, in search of tunnels skyscraper-selling secure greater height, the echo resounds strong vertical space was left intentionally blank – except for a small painting by Victor Man – from the gallery in Milan that , with a sleight of hand worthy of Le Corbusier, rotate the model and offers a new perspective. Who said Colt? To see many faces, puzzled or disinterested it seems a small fraction of the audience, certainly felt it in all its sharpness ear prosthesis John Baldessari. Revolution is the conviction. Never mind if he won this year’s Titanic.

From the calm with which working through the sculptures of Regent’s Park to life from underground war of the Barbican Center. Robert Kusmirowski turns it into a bunker from World War II Polish. Darkness everywhere, interrupted only by periods of artificial light. Lamps outputs already rusted and dusty, Soviet factories. Spare parts to be covered without a thousand and one nights, mold, termites, food dropper. Rooms reordered – reordered again – after a bomb at a short distance has poured everything once again and who knows until when. Broken glass, mirrors, destroyed or thrown violently to the ground by a man who no longer recognizes. What does that barrel-skittle fell from the stack and lying on the floor? What more black and dark despair which leads to the monorail internal communication? The bunker is a question fraught with questions, as a position suspended between two imbalances, immersed in an artificial time, punctuated by radio, by the hands, from aircraft, but never in direct, always trust, never verified. Everything that is outside the bunker becomes minimum projection and synthesis of information. Must be concise, quick and precise. The maps of rural areas become the man fucile.L ‘cross only note of this monumental work was the vast and capibile presence of security staff, which at times broke the rhythm and break the apnea.

After seeing the Bunker, my over-shared room hostel seemed a canopy of century dream.

The next day a giant muffin reload the last day. I satisfy my vices of painting (which today is the eighth of the deadly sins) and I go where sent by Gagosian is home to a staff of forty British artist Glenn Brown. The subjects of the paintings are ghosts of history and of ‘art. Innocent X portrait in the style of Velazquez, Velazquez in the manner of Baselitz, Georg Baselitz in the manner of Glenn Brown, which cut off the head, guillotined by the frame with a painting that looks like a tangle of liquid water (at least here the stagnant waters of the market that trouble Gagosian are far away).

Glenn Brown’s subjects are first of all appearances, the sacred lamb, still smoking, appears to be the chosen one, with that sad face, for Easter dinner, Christina of Denmark we do not glimpse the night on the way back. The liquid substance of the paintings of Glenn Brown may well have a high alcohol content, colors and forms multiply and overlap, reality loses definition, but gains in mystery, we would expect to see the painting moving, complicated even more slipping away from all boundaries of form.

Finally, the great exhibition of paintings by Ed Rusha, at Hayward Gallery. Fity years of painting, from the late ’50s to today. Rather than tell, to be seen. Until 14 January 2010.