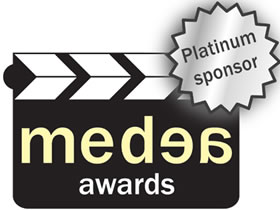 The slogan elected by the European Commission for2009 year of creativity and innovation was “imagine – create – innovate” (European Year of Innovation and Creativity – EYCI).

This initiative aims to encourage creative and innovative practices in various sectors of society to promote, through new skills, personal development, employment and social inclusion and enable the EU to respond to cultural, environmental andeconomic interestsin scenarios of global competition( in a project that prioritises not only education and culture, but also policies of business).

Many initiatives have prioritised digital communication, particularly the use of media for individual expression. And some of these initiatives seem to move in that direction, but upon closer inspection reveal different potential, beyond those of traditional media education.

The most famous among them is perhaps the Medea Awards, established as recently as last year. This is an annual award that aims to promote media education. The initiative this year was split into two awards: the first entitled The MEDEA Award for Creativity and Innovation, which coincides with the European year for creativity and innovation, the second, the European Collaboration Award in the tradition of international cooperation characterised by policies of that European Community.

Another European initiative, perhaps less known fully within the framework of creativity, is the platform EuroCreator. This is a portal that aims to collect and offer the sharing of multimedia content created in school classes. Euro Creator was presented March 12 in Dublin in front of an audience for the final high-level educators from across Europe and students from different states.

The philosophy of participation in the platform does not follow the canons of opening the web, but is a form of institutionalisedparticipation, which offers the possibility of publishing a video takes place after an official invitation as a result of the class. This is an antiquated system of validation that has been justified by the possibility of offering content.

However Eurocreator and especially the Medea Award, show a desire to educate through the media “that is distinguished from mere” media education, a progressive step, especially regarding the possibility confidential interactivity videos, where the techniques involved in video graphics are creating new ways of participating. As stressed Sanders, Dedeoglu, Charbonnet (and others) in the study “Approaches to Interactive Video Anchors in Problem-Based Science Learning” in The Journal of Science Education and Technology (03/09), there are tools such as Anchors (a sort Tag for video editing), and the development of custom scripts or virtual simulations which can enlarge the sphere of experiential learners and stimulate multisensory learning.

The authors have established the potential of video clips with the visual, the dynamic, the spatial and the plausibility of the performances. These qualities are being applied in new settings where the student-producers work in micro-groups coordinated by a teacher who is more a facilitator of collaboration and expression,rather than a transmitter of knowledge.

The study is particularly interesting because it has analyzed the results of “anchors”, a video with a scientific basis. For example”In Search of the Lost Ark ” (for the specific issue see (http://profile.educ.indiana.edu/Default.aspx?tabid=5547) featuresa balanced ecosystem that is threatened by the introduction of new elements at the hands of unwary human actions.

This kind of media has considerable potential for scientific education: the possibility of technical video is an enrichment of the learning context that stimulates knowledge usually inert in traditional storage processes, which rely on semantic memory of individuals. Instead it depends on the process of reactivation of autobiographical experiences, or recombination of mental patterns, through the creation of techniques to manipulate content that is digital.