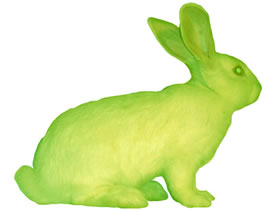 Specimen of Secrecy About Marvelous Discoveries is the latest work by the Brazilian artist. Hosted in the last biennal exhibition in Singapore , this “work”or new creature (it always remains to be seen) brings totally into question the border existing between art and nature. And this is in accordance with the artist’s attitude. After all in an old interview, Mr Kac in person acknoledged his agreement with Joseph Kossuth‘s point of view about the way of measuring artists “value”. Mr Kossuth’s proposal was to measure artists according to their skills in fostering the debate concerning the border and the dialogue between art and nature. And in following this concept Mr Kak guesses right.

Specimen of Secrecy is an elaborate work, composed by a series of “living pictures” able to modify their internal metabolism on the bases of the conditions in the hosting environment. In fact, Mr Kak defines his works “biotopes” which are, according to their etymology, “living places”. Each of these biotopes is actually a self-sufficient microsystem. Thanks to earth, water and other materials thousands of little beings can live there. Composition, colours, internal pattern of the pictures are decided by the artist, conducing the orchestra of organic materials growing inside the glass case.

Well, who wants to buy one of these works has to take into consideration the duty of looking after it, otherwise the art work dies.

For the lays who don’t know him, Mr. Kak is the Brazilian artist “creator” of the first luminescent bunny in the history, called Alba ( GFP Bunny , 2000) and born in the Institut National de la Recherche Agronomique (INRA), a French. public research institute dedicated to scientific studies surrounding the problems of agriculture In her genome you find some genes of another species, i.e. of a jelly fish, in order to obtain the bioluminescence effect. They represent art experiments, at that time defined as transgenic art for their use of genetic engineering techniques to create living beings unique on the earth.

This artist, since its art beginning, coming back to the 80s, is known for his huge use of technology and therefore has to be regarded as one of the pioneers of digital art. The versatile Mr. Kak is used to explore, pass and deepen the great part of fields where a creative approach of digital art is excluded: from telematics to robotics and telerobotics, as well as to biotelematics and transgenic art.

In his experimentations, Mr Kak is interested by the research for philosophic and political dimensions affecting the communication processes. His objects of examination are linguistic systems, dialogue exchanges, and communication among species. New technologies are considered by the artist communication opportunities as well as means of strengthening the understanding and integration of the other, in every form it comes in birth.

At the beginning of digital art, Mr Kak made the difference with his researches, self-defined as in “telepresence”. They thriggered the idea of basing the artist’s works on telerobotics. Aim of the artist was to get how much new communication technologies, as well as the progress in robotics, made possible experiments in different experience dimensions. And all that in spite of the distance between stimulating actor and stimulated object ( RC Robot 1986, The Ornitorrinco Project 1989).

Then there were works based on interspecies communication, as, for instance, Essay Concerning Human Understanding . Here the artist established a dialogue between a canary-bird and a plant, obviously distant one from each other, using a big range of sophisticated technologies.

Mr Kak worked on memory and on the concepts of dislocation and remote control, respecting his conceptual vocation, realizing Time Capsule.

Between 1998 and 1999 his interest is focussed on genetic manipulation, giving with his work a big contribute to the creation of the new contemporary art frontier, that is transgenic art. There several works appeared: Genesis (1999), Gfp Bunny (2000), Eighth day. Characterised by genetics innestations, language games and religious metaphors, these works not only invite people to think about the major questions, but give a show of art and creation XX. And they are so brand new that they made necessary the re-writing of the border between aesthetic and natural form.

On Mr Kak’s website you will find further pieces of information and elaboration on the artist’s work, and a piece of advice: keep an eye on this artist, also in future.