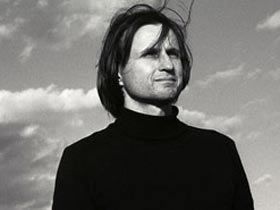 Since ages we have been used to take part to always new web writing forms, i.e. weblogs different in style and genre mushroom everywhere, and they are so many that they inspired already 2 years ago- the name of an essay called BlogGeneration. In their amount there are included several kinds: from the private blogs, having none art pretence, to the literary ones, from those dealing with political issues to those constituting real art projects.

Editing systems more and more advanced and intuitive, and in this sector WordPress is the undisputed leader, have made easier for people who desire it to make known and “open to discussion” their thoughts or pieces of information. What is rare to see is the application of these systems (blogs and other “open” writing forms) in the university world, and what’s more for a declared creation of a theory, involving work. That’s why Gamer Theory (or GAM3R 7H3ORY, as the author wrote his project), project born in April 2006 from the collaboration between McKenzy Wark and the founders of Future Of The Book is a case worthy of notice.

Let’s tell you something more about the authors: Future of The Book is a Newyorker association. Its aim is “the investigation of the transformation dynamics of intellectual discourses, especially when they are put from the printed paper to the desks through the web”. In other words: they try to analyse the possible interactions between digital potentials, above all those referring to the web, and theory thought and analysis. McKenzy Wark is a scientist and professor of cultural and media studies at the New School in New York . He is the famous author of “A Hacker Manifesto“, highly discussed for its analysis of intellectual property and Marxist theory under the new progresses of the digital era.

There were the premises for their collaboration. So Gamer Theory 1.1 was born: it is a website where Mr. Wark published the drafts of his work upon game culture (the focus is innovatively addressed to the player rather than to the computer game structure). The objective of this project is the sharing with other learned people, players or simply people interested to the issue. Their feedback and comments would represent the mean for improvement of some parts of the text (through the broadening or reformulation). This is a real “open” work, or “networked book“, as the same Future Of The Book says about the project, putting in discussion at the first place the “role” of the sole author and so new ways are opened for the online publishing.

First of all it is to point out that the form chosen by Mr. Wark and Future Of The Book is not the blog. In fact, this latter had to many limitations for such a project, because of the comments, showing to stay under the author’s text, and of the content organization. In spite of the good navigation made easier by parallel themes and keywords, it is for the most part a chronologic and highly fragmentary navigation. This structure is perfect for short and finished texts but not for theory work which can not renounce to a birdview/a more general view.

And so the interface prepared on purpose for Gamer Theory owns two major characteristics: an utterly simple navigation for chapters and paragraphs and an underling of the comments, written at the side of paragraph as a widening and new interpretation of the selected text. We can not ignore the peculiarity of McKenzy Wark’s text, i.e. with its division in units and clear structure helped a lot in the definition of the interface. This latter shows 9 chapters and each of them is composed by 25 paragraphs and a summary scheme.

As regards to the graphic and structure this meant a different colour for each chapter and a division in units for each paragraph. Each 5 paragraphs make a group with an increasing tonality following the colour variation. The main objective is to make the reading even easier and so overturn the old opinion about monitors as bad supports for written texts. It doesn’t mean that printed paper will be abolished  an example is the publication of the Gamer Theory project by the Harvard University Press few months ago-. It is just the recognition to digital means and especially to the web, of alternative potentialities, above all what’s for the interaction with the readers. In fact, their interventions “almost” live allows a continuous reinterpretation and redefinition of the work.

It is more or less the same process used by the interactive installations, where the active interaction of spectators/users is part of the work, causing a standing metamorphosis. In this case the interesting thing to do is to try to understand how and if opening structure elements are suitable to a theory text. The peculiarity of this kind of text is that only the author’s point of view has always been considered the core.

possible reply could be that a variety of points of view can only represent an enrichment, thought not simple to manage. Therefore Gamer Theory  and other projects by networked book- can be regarded as attempts in applying the so called “collective intelligence” to the theory. The challenge is still open, solet’s start playing.