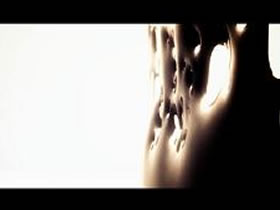 By multiplying themselves infinitely, rendering specialists multiply 3D experiments, unfortunately not always at the same speed. Sculpturing virtual material and sculpturing sound, scanning physical time and cutting up cinematographic time are beginning to be manipulated by the new creative generation in search of more and more integrated expressive techniques.

Progetto(antenna) is a collective audiovisual experimentation that has been in action since the year 2004, made up of Francesco Pedraglio, Fabio Petronilli, Edoardo Pasero e Niccolò Nessi.

As a rule, in the interviews of the audiovisual section of Digimag we mostly deal with live audiovisual work. On this occasion we wanted to concentrate on a group that works on clip-form, most of all for the formal coherence of their work, but above all for the fascinating solutions they have developed for integrating audio, video, graphics and 3D.

Bertram Niessen: First of all, I’d like to know something about you: who are you, what type of experience you come from, how you ended up working together.

Progetto(antenna): the progetto was born in the year 2004, as an attempt to conciliate 4 various sensibilities into an aesthetic unity, initially concentrating on one single audio-visual form, above all for its formal and composite aspect. Soon afterwards, we overlapped graphical dimensions and three-dimensional animation to the video support (analogical/digital), to complement the digital means with its virtual co-respective, to increase the space of action within which we would be able to create multi-atmosphere visions.

The progetto then extended its method: the video structure (nonetheless always present and influential) was placed side by side with the critical-curatorial theme on the theoretical aspect of each single work, the structural, physical-environmental component, of the installation and of the preparation as a context- space in which audiovisual aids were inserted. We also developed the reflection of per-formative elements at the base of some work, in which the process and the event prevail over the final object, contracting the shape, and demanding, more than anything else, a simple documentation video. The areas of interest around which the progetto rotates are multiple and go from video to architecture, from photography to 3D animation.

A recurring aspect in our work, whether aware or not, is the attention given to the place of the event, to the space in itself, not necessarily full and not necessarily empty; attention is given to the architecture of the space, for its points of conjuncture and for its flow of activity (see also Slowairport ), not only as an action context, but also as a dynamic object, a focal point of interest.

Bertram Niessen: how do you develop the concept of your videos? Do you start for a suggestion given by some rendering or some image and from that you build your work? Or is it first built on a drawing board and from this project you develop your work?

Progetto(antenna): The concept of our first work is in truth more than anything else consequent to the work itself, a sort of conceptual adaptation of an object and its shape to an idea that supports it, at least the base. Lately, instead, the role of the concept covers one new and important function: that of a theoretic complement of dialogue with a visual element, or material-visual, it’s a point of departure in virtue of which we intentionally impose a greater equilibrium between shape and content, between meant and meaning.

Bertram Niessen: how do you build the synthesis between image and sound?

Progetto(antenna): More than anything else the unusual combination is stylistic cohabitation for us, often accidental, equally often dictated by formal requirements. That that initially may have only seemed a sonorous comment; an audio track to support a visual structure, has of late been put side by side with the sound environments, with sounds and acoustic resonances of the place taken into consideration.

Bertram Niessen: Have you ever thought about live work? Why?

Progetto(antenna): Working live would be rather interesting. A live performance would certainly give us the possibility of working with processes in action, rather than with objects that are already packed. However our work at the moment has as an objective that creating situations of complexity in which the final results are unknown, first of al to ourselves, in as much produced by a plurality of circumstances in comparison-contrast between themselves. The fixity of the object would therefore be balanced by the unpredictability of the system of forces. And however we don’t exclude anything . Our opening is indefinite and it is not said that sooner or later we will not apply ourselves to the structuring of live work, too

Bertram Niessen: What are you workig on at the moment?

Progetto(antenna): In this period we are working to two new projects: the first one is BON – SAI or How not to be Afraid and Grow Indiscriminately , an installation for ALARMI 2 (www.allarmicomo.com) made out of a concrete structure of complication (a corridor that narrows down to a70 cm width and a height of 1.20m) and that opens out on to a room where a pre-training video representation of the construction (pruning and potting) of a Bonsai is being projected. The objective is a consideration on the concept of positive constriction (Bonsai-spectator) starting from the relationship of practical coherence between coercive and a space of coercion (bonsaist-structure).

The second is Tulips , a video based on a poem by Silvia Plath . It is a monologue completely filmed on blueback, so as to allow us to interpret the feelings that the poem transmits to us through computerized graphics; it will be a mix of video, matt painting and 3D. For the first time with Tulips we also find ourselves facing work with an actor, that is definitely not an easy thing, and if the result is high quality it will be above all thanks to the help of those who have collaborated with us.