Todo & Nada: Everything Or Nothing! 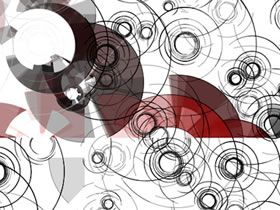 TODO & NADA are twin souls, complementary elements, the two sides of the same apple: it’s a well done union between creative heads and strong-headed professionals working together in order to plan and build up projection and development of projects strictly linked to media, design and interactivity, communication and fun.

TODO & NADA‘s headquarter is set in Italy most precisely in Turin – but not only: they have offices also in Europe and all around the world. And more ANCPRA: they have intention to explore all country of the earth. Since 2005 up to now they have worked for the organization of cultural events. Among them we find BIP  Building Interactive Playground, an exhibition dedicated to interaction design and taking part to the festival Elettrowave, Code in Motion , a consideration about codes in electronic art, and C.STEM , the first Italian event whose main aim is the spread of generative and procedural systems in experimental digital art.

TODO & NADA realise projects for web sites, museums, galleries, clubs, theatres and among their clients there are BMW, Eataly, Meltin’Pot, Arezzowave Festival, Virtual Reality e Multimedia Park . It’s hard to give them an accurate definition because they are like an erupting volcano, an explosion of ideas, creative energy, communication power. And above all they’re fast fast fast.

Silvia Scaravaggi: I’d like to start with the beginning of your activity, so I would like you to shortly tell me how you started, how you gathered and which are the main bond elements.

TODO: TODO is composed by a planner group working out the conjunction between interaction, communication and fun. At the beginning Giorgio Olivero, once he got his master by the Interaction Design Institute in Ivrea ( Northern Italy ), together with Fabio Cionini, tired of his work as programmer by a big company, decided to dedicate to experimental projects. And they got an excellent receipt for interaction, visual creativity and custom-software: the main “ingredients” are people, environments and relationships. In 2006 some friends of Mr. Olivero and Cionini jointed the group: Fabio Franchino , Andrea Clemente and Alessandro Capozzo .

And this is the group core: 5 permanent members and a lot of collaborators and friends, living in Italy and all over the world. It’s a balanced mix between friendship and complementary and professional skills. The freelance dimension was too tight for us, we needed a new organization and this was clear to all of us. Now we have become a brand new society and with this shift from “collective” group into “company” the challenge is far more interesting.

Silvia Scaravaggi: Let’s explain me: who is TODO and who is NADA? Are they 2 different entities? In what they complement each other? NADA was born after. Can you explain me why and from what?

TODO: TODO’s main activity is in the project field. Our materials are mass medias and technologies applied to communication formats. Meanwhile we have focussed to the planning and organization of cultural events, such as BIP with Elettrowave, Code in Motion with ClubTOClub and C.STEM. In these projects, our best results, we worked more as curators and producers rather than projectists.

So it was clear in our minds the link between the job of planners and a cultural and educational activity. For these projects we always worked following a no-profit logic. The foundation of the Cultural and Research Association NADA in last April was the consequent result of this track. NADA’s establishment cleared the ambiguity of our association: when we work for a cultural event we don’t work for commercial purposes. Moreover from now on we have an instrument to call for aids and institutions different from those needed for TODO. NADA is an independent subject and its aim is the promotion and spreading of design culture, as spokesman for digital art and new media on the whole.

Our efforts are focussed not only on the production of events, shows and the like, but also on education. So we realized the course in DesignByNumbers for kids affected by dyslexia and dysgraphia or the workshop Touchdown on game controllers d.i.y. What’s more and perhaps the only case in Italy- we dedicate also to the promotion of research in these domains. Our ultimate goal is to create a link between the developing realities of our country and the international network. Of course this ambitious aim needs a lot of time to be accomplished.

Silvia Scaravaggi: Which are the main issues of your commitment? Has anything impressive happened and gave you a serious motivation to go on with your work during the last years? Just tell me a couple of occasions.

TODO: We are omnivorous, strong-minded and obstinate researchers. From Feynman to Harry Potter, we are not afraid to get bored. In fact, we have got much experience: three of us graduated in Studies in Communication Science, that is to say we know a bit of everything. Other two of us have an artistic formation. And our commercialist has periodic crisis because he cannot give a definition of our job.

Silvia Scaravaggi: Let’s speak about your work in creation and programming of BIT. How do you work? Which are the answers of the places where you showed this project? In the Italian edition which took place in Florence , which are the general features of the Italian overview dealing with these languages? And how has the public reacted?

TODO: BIP, building interactive playground, is a strange, beautiful and only creature. The programming is very funny and very exhausting! BIP chooses the projects in interaction design fitting with the definition of ‘interactive playground’: the play aspect can’t miss. Elettrowave, an electronic music festival, hosts BIP, consequently we have there a very different audience from the usual one typical of media art. Offering these works to people who have maybe never seen such a thing is very exciting. You learn a lot. BIP could be defined as the model of the contemporary amusement park, or maybe the contemporary era is more and more an amusement park, who knows! We just know that it’s the right formula, it works and people like it. We are finishing the video of what happened in July and as soon as it is ready it will be available on the Nada’s site.

Silvia Scaravaggi: Can you draw me a balance for the present and tell me what do you expect for the future?

TODO: It is a positive balance. In fact we got good results and found a congenial position in the market. Meanwhile we managed to create a society with a united and eclectic structure. This is a pretty good starting point. Now we are trying to improve our programming and production skills, redoubling researches and updates because nowadays you can’t live on an unearned income.

Silvia Scaravaggi: How do Italian institutions reply to your projects?

TODO: Sometimes it seems we don’t speak the same language and their reactions come a bit later than expected. The concrete thing we can do is change our attitude in the relationship, being more proactive and trying to see from different points of view. And so we don’t expect help from institutions, on the contrary we give them instruments to understand and be closer to the new realities we deal with. Nada was born also with this purpose, to become a cultural “mediator”. It should mediate among domains needing mutual back-up and a common lingua franca. We are optimist about it.

Silvia Scaravaggi: Do you think that Turin can be the right place for your activities?

TODO: A journalist for New York Times once defined Turin like the tourist equivalent for Edgar Allan Poe’s novel The Purloined Letter , that is to say a well kept secret. Turin is our home and headquarter. We stay very well here. But staying for 100% of our time in Turin would be not healthy. That’s why we follow the job. And in few words that means travelling and often go to Milan , for example. And then we are tempted to go to China , we’ll see. We have contacts with US companies, Fabio is going to settle in Canada . Another ex colleague wants to advertise us in Island  and then next year there will be the Turin World Design Capital. And I’m sure that nice surprises are waiting for us.

Silvia Scaravaggi: Now you are working for new interesting projects as the one for the inauguration of the new Cinquecento in Turin . There you asked people to send a message and tell their opinion about the Cinquecento’s identity. Can you tell me more?

TODO: Yes. Nope. In this moment we are working on some projects with different development levels. The interesting point is that we use different standards and medias exploring in this way new communication and interaction strategies. We like to work with handy technologies. These everyday technologies became for us like transparent and natural extensions of our hands. In the inauguration of Cinquecento the relationship between the private way of communication (through sms) and its use in a public, wide, collaborative environment was a very interesting experiment.

Silvia Scaravaggi: Which importance does game have in your work? In few wordsif you could evaluate your pleasure from 1 to 100 what would your mark be?

TODO: There were that intro of a beautiful funky track, I think it was Sly and the Family Stone, which sounded “struggling is the blessing”. This is our work. A game for adults: planning, many efforts, pleasure for challenge and risk, self-control. And then you get many gratifications. We would never change it for anything.