Detached From Yourself. Thus Under Control – Part 1 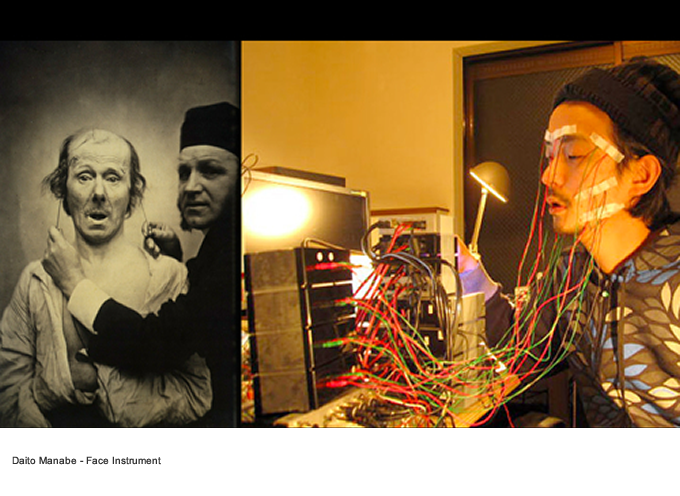 The present essay is meant to clarify today’s condition of new-media art in Japan. The reader may wonder if nowadays new-media art Japanese artists are the same as their western counterparts. If this is not the case then: are they aware of being operating on a different layer than their colleagues?

What a western reader may think looking at any festival’s awards list is that contemporary Japanese artists are leading the research in the field of new-media art. If so: what is Japan expressing, with its past two decades outburst in the new-media art?

I will analyze the works of four Japanese authors who were born between 1966 and 1976, separated by less than one generation. Their artworks have been produced in a span of twelve years: between 1996 and 2008. All the artworks seem to refer more to Western topics than to Japanese aesthetics, addressing: 1) The disruption of the Kantian monolithic self; 2) Strong influences from De Sade ; 3) Black magic influences. 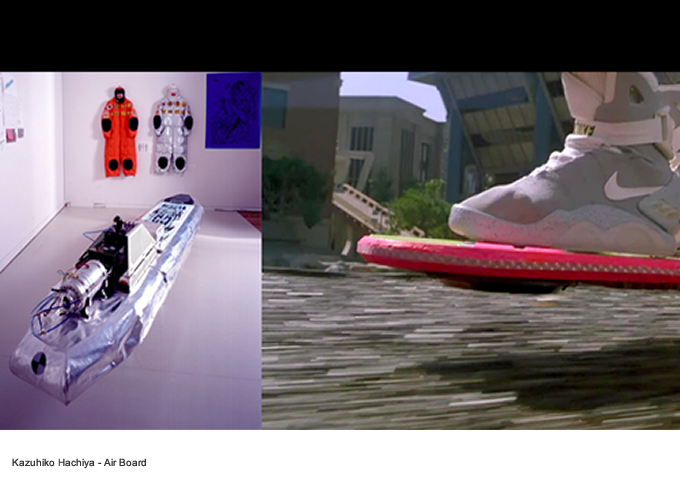 In their work, the authors seem to affected by, or being involved with, the above-mentioned concepts, only with a twist, especially if we think about how these work would look if if they were done by Western artists.

In my opinion such a twist cannot be described as postmodern irony or cynicism. Concerning the role of technology alone, refusing to call into question its social and political role: all the works investigate more closely the value of science itself, self-referentially. Medicine and neurosciences appear to be the tools by meand of which the authors realize this enterprise.

However, they don’t appear to scrutinizing scientific method and medical procedures in the same way as it is often done by Western artists [1]. Instead, the Japanese authors are keen to observe and manipulate propriocetption [2] – interoceptive [3] stimuli – and exteroceptive stimuli [4] of the audience. The spectators then are turned into patients, a role that is often associated by the Western authors to the one of the victim.

As I mentioned in the previous essays, the idea that Japanese artists started to produce interactive video-installations earlier than others is a pure myth: as Yukiko Shikata (Sumitomo and alt.2005, p.43) [8] points out, “While interactive art was in full flower in Europe in the early 1990s, artworks employing such novel forms of expression only started to be introduced to Japan, thanks to the likes of ICC[5], Canon ARTLAB[6] [7], and other mecenat programs of big companies, as well as the “ARTEC” Biennale that was held between 1989 and the mid-‘90s in Nagoya.”.

What is leading whom?

In the chapter entitled The bugs in modernism and utopian models for change, Hasegawa (2007, p.220) [9] writes: “When we look at the situation in Japan, the a-historicity and nonhierarchical receptiveness to information of young Japanese creators works positively in promoting the cross-disciplinary, unrestricted rewriting of programs”. Firstly, it is worth noticing that the way in which the chapter is entitled gives the idea that, from the author’s point of view (Hasegawa), modernism and utopian assets still endow Japan culturally today.

I am not sure about the meaning that Yuko Hasegawa gives to the term ‘programs’ in her essay, and I argue that she intends those as lists of instructions that are used to control the behavior of people in the same way as the Fluxus Japanese artists Takehisa Kosugi (1964) [10] did. Hasegawa sees ‘programs’ not only as a creative force that informs values, but also as a disruptive/coercive energy, which turns people into behaving docilely as… buyers. In Hasegawa’s words it seems that the same very ‘programs’ are responsible for the designers’ trends as if even the creators were influenced by those princicples as opposed to being the initiators of them, as memetic theory informs. 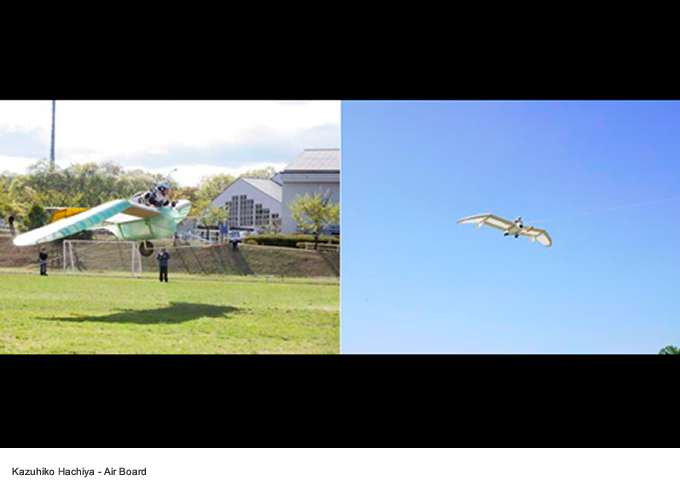 The Japanese author Daito Manabe[11] was born in 1976, graduated in Mathematics from the Tokyo Science University[12] and completed the Dynamic Sensory Programming (DSP) course at the International Academy of Media Arts and Sciences (IAMAS) [13]. Manabe is regarded as one of the most skilled coder in the japanese scene. Beside his programming skills, Manabe indulges into creative research with special awareness of the european past history of media art.

It is from this tradition that he drew inspiration, as is the case of “party in the mouth” (2009 to present). In fact, even if (as it is quoted in his website [14]) the inspirational hint was sparked by a theater piece entitled “Cage” by Monochrome Circus [15], the original source is Laurie Endersonback in 1981 with her “O Superman” [16] , as the cover of “United States Live” (1984) prove. Now, the “party in the mouth”, is an essential part of the Laforet[17] advertisement campaign “Laforet Grand Bazar 2011″[18][19].

Manabe has been premiered worldwide and recently prized with an Award of Distinction in the category of Interactive Art at the Prix Ars Electronica 2011 [20] for the installation “particles” [21]. The latter has been then integrated into the Lenovo advertisement campaign [22].

Manabe works across different fields merging art, design and technological research (being the inventor of the majority of the tools he utilizes), he is a co-founder of 4nchor5 la6[23] with Motoi Ishibashi, and also serves vice president of Rhizomatiks[24].

Daito Manabe’sFace-visualizer, instrument and copy (2008)[25] [26] is what I am mainly concerned with. Manabe states through his website: “I got inspired by the way of how “we can make a fake smile by sending electric stimulation signals from computer to face, but NO ONE can make a real smile without a human emotion”. These are words from Mr. Teruoka who is my collaborator to make devices.

The piece was also influenced by the work of the French researcher G.B. Duchenne[27] “Mecanisme de la physionomie humain” [28] from “Icono-Photographique” and the Austrian artist Stelarc‘s “Ping body” [29][30] [31] [32]. Following this I began experimenting with my electric sensors and low frequency pulse generators intending to copy the expression of one face onto another. The face visualizer video which is known as “Electric Stimulus to Face Test” [33]is one outcome of this project.” 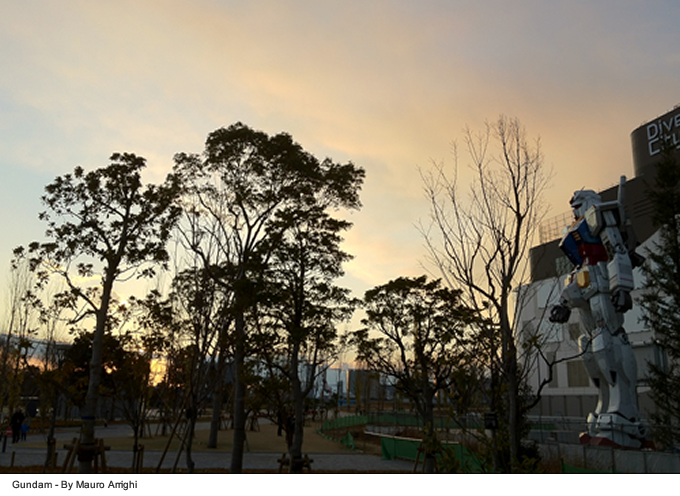 The actual Manabe‘s performance is a combination of “face visualizer” and “face instruments”, where the faces of the two participants are turned into input/output devices. The music is transformed into an electrical impulse which is transferred to the facial muscles. Then, according to these signals, the face muscles are contracted. Employing EMG sensors – electrical stimulation devices – [34] [35] coupled with MAX/MSP [36] software, it is possible to copy your own facial expression and paste it into others. In the process, it is also possible to generate music from one’s own facial expressions as well as influence the other way round.

Art, technology and the utopia.

Concerning the interplay between art and technology, the perception/notion of history, and the utopias grounded in present in Japan, it is worthy to notice that on “1979, […] the animation Mobile Suit GUNDAMbegan on television. We cannot deny that science-fiction novels and animation have endowed art and technology with the power of imagination. In forms of expression that have been liberated from the rules of the real outer world, non-human beings such as robots, aliens, monsters and ghosts move around as if they were alive. Many of us that live in Japan today have familiarized since childhood with this sort of world view, imbued with images of the like through mass media such as television and manga.

Therefore, if we were to compare the situation with the one existing in Europe, the argument “in Japan, there are no works of art that have a strong social nature that question the political position of the people who employ technology” seems right on. “Perhaps it is already difficult for us Japanese to liberate ourselves from the collective illusion created by mass media, which is not about an actual event, but about an image divorced from the event that is consumed as a simulacrum.” as Fumihiko Sumitomo tells in Beyond the limit of human imagination (Sumitomo and alt. 2005, p.20) [37]. 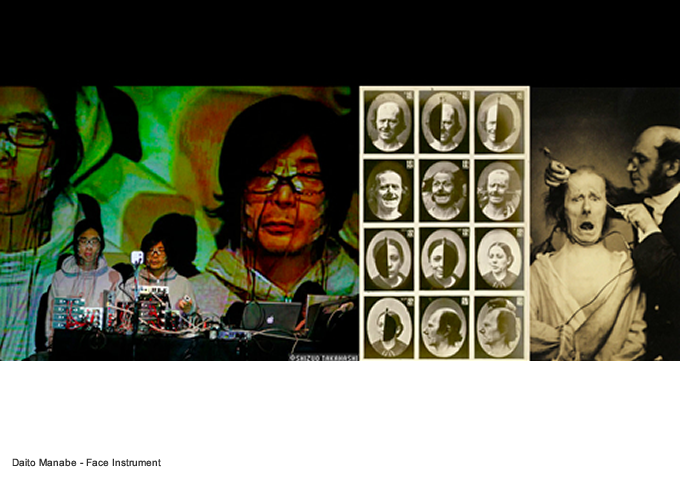 Regarding the influence that the anime Mobile Suit Gundam has on contemporary art and scientific research in Japan, I would like to name Kazuhiko Achiya[38] and his “Psycommu” [39][40] [41].

Kazuhiko Achiya is a new-media artist. Native of Saga, he was born on April 18 1966, which is appropriately enough known as the “Invention Day”. After graduating from the Faculty for Visual Communication Design, Kyushu Institute of Design [42], he had worked for a consulting company, and started SMTV, a private TV station unit, as his art project. His works include the special communication tool series, with InterDis-communication Machine and Seeing Is Believing (which I will describe in the second part of this essay).

Achiya is probably best known for his PostPet e-mail software [43] Thanks to which he won an Award of Distinction in the “.Net” category of the Ars Electronica Prix in 1998 [44].

Curiously enough the AirBoard, a jet-powered skateboard, is built in the likeness of Marty’s skateboard “Back to the future 2” [45] and OpenSky, is the actualization of the glider seen in “Nausicaa of the Valley of the Wind” by Hayao Miyazaki [46].

“Psycho Communicator System [47] is a project realized by Hachiya in collaboration with NTT Communication Science Laboratories[48] in 2005. Additional collaborators are: Taro Maeda, Hideyuki Ando. NTT Communication research centre is currently researching real-life psycommu system and have set up a “New Type Technology Lab” sub-titled Flanagan Agency (named after the agency of the same name set up by Zeon in Mobile Suit Gundam) where Hachiya is supervisor [49]. This work is inspired by “Gundam” [50] OAV (Original video animation: TV series), particularly focusing on the psycho powers of the fictional characters the “new type” coupled with the mobile armors named Psycho Gundam [51]. 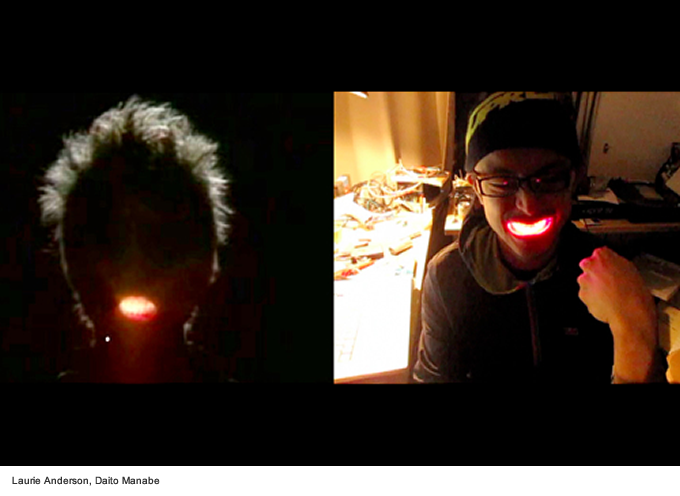 Which can be envisioned as being related to military research: the underlying idea of the installation is using existing technology to actualize science-fictions scenarios which may lead to shoot your opponent unconsciously and to control troops “telepathically.”

From the technical paper (in Japanese) entitled “Electrical stimulation of vestibular sense” [52] we can understand how controlling a human body remotely is feasible. The “master” can lead the movement of the “slave” simply through his/her eye’s movement. In order to guide the walk through into the scenario of the subject under control, a EOG (electro oculography detection) is implicit and the data are then taken from subject A (master) and transformed into electrical stimulation applied to the subject B (slave). From the movie [53] [54] it is possible to grasp the functioning of the device.