TRAFO Center for Contemporary Art announces a series of installations and commissions curated around the topic of sound to be presented between June and December 2016.

The series will open on June 18 with the presentation of Canadian artist Janet Cardiff’s work The Forty Part Motet. The work is held in the permanent collections of the Museum of Modern Art in New York and the National Gallery of Canada.

The piece, consisting of 40 speakers placed in TRAFO’s spacious main hall, is a contemporary reworking of the medieval composition Spem in Alium Nunquam Habui (I have never put my hope in any other) by the English composer Thomas Tallis (1556/1573). 40 separately recorded voices are played back through 40 speakers placed in an oval in the space. The speakers are configured in eight separate choirs each consisting of five voices (soprano, alto, tenor, baritone and bass). 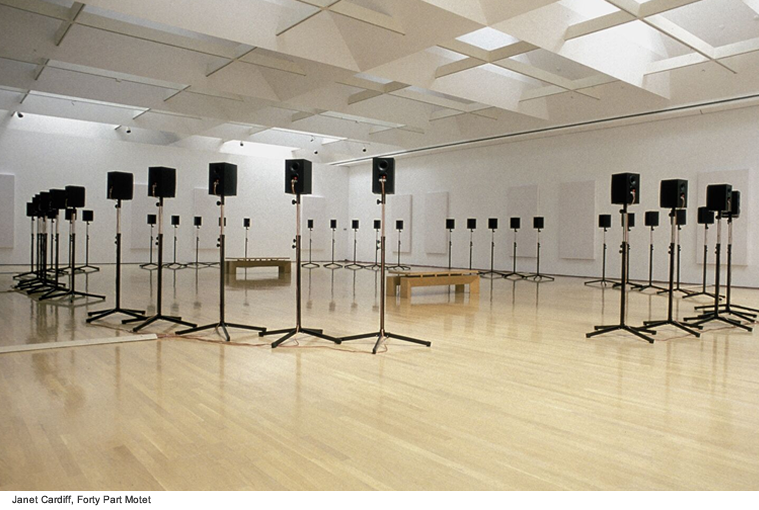 Cardiff states, “While listening to a concert you are normally seated in front of the choir, in traditional audience position. With this piece I want the audience to be able to experience a piece of music from the viewpoint of the singers. Every performer hears a unique mix of the piece of music. Enabling the audience to move throughout the space allows them to be intimately connected with the voices. It also reveals the piece of music as a changing construct. As well I am interested in how sound may physically construct a space in a sculptural way and how a viewer may choose a path through this physical yet virtual space.”

Based in rural British Columbia, Janet’s work has included media such as film, video and photography. She participated in the Munster Skulptur Projekte in 1997, exhibiting in the Carnegie International in Pittsburgh, 1999. She also represented Canada at the Venice Biennale in 2001 in collaboration with George Bures Miller.

Major surveys of Cardiff and Miller’s works have toured to MoMA PS1 in New York; The Musée d’Art Contemporain, Montreal; The Astrop Fearnley Museum, Oslo; the Castello Rivoli in Turin; MACBA in Barcelona; Institut Mathildenhöhe in Darmstadt, Germany; the Miami Art Centre in Miami; the Art Gallery of Ontario in Toronto; the Vancouver Art Gallery, Canada; and the ARoS Kunstmuseum in Arhus, Denmark. She is currently represented by Luhring Augustine Gallery in NYC and Gallery Koyanagi in Tokyo. 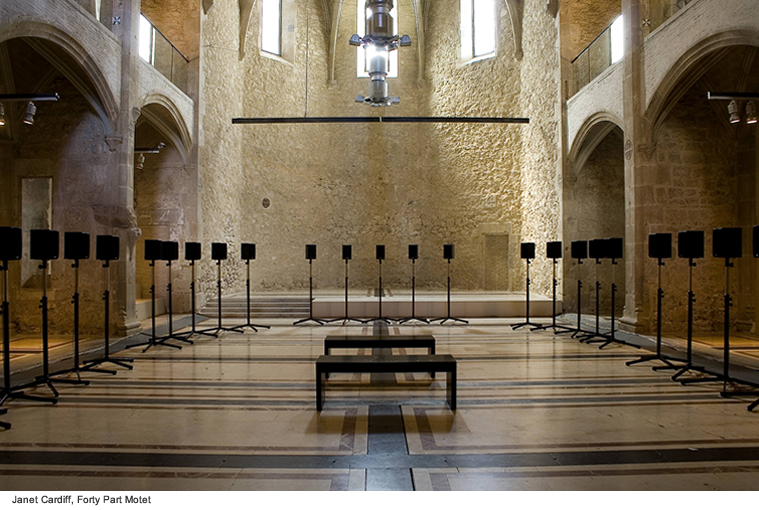 With the presentation of The Forty Part Motet, TRAFO presents a row of exhibitions titled Sound Systems featuring installations and commissions by selected artists focused around the topic of sound. The series includes site-­specific interventions from artists Mateusz Chorobski, Ari Benjamin Meyers, Andreas Greiner with Tyler Friedman, and Konrad Smolenski to be realized between June and December 2016. The schedule of the shows and accompanying events will be announced on an ongoing basis. The commissions, which receive their premiere in TRAFO, were created in collaboration with curator Marie­-Eve Lafontaine.

Mainstream visual art has often ignored or overlooked the overwhelming presence of sound in contemporary culture. However, sound in its many variations is indisputably one of the most important elements of our daily lives. Pop music, advertising, street noise, conversation: these are just some of the factors which shape the perception of our world.

Each work is designed to engage the viewer and immerse them in another facet of sound practice as the series asks: what is “sound art”? What is the relationship between performance, the artwork, and the viewer? At which point does “noise” end and “sound” or “music” begin? 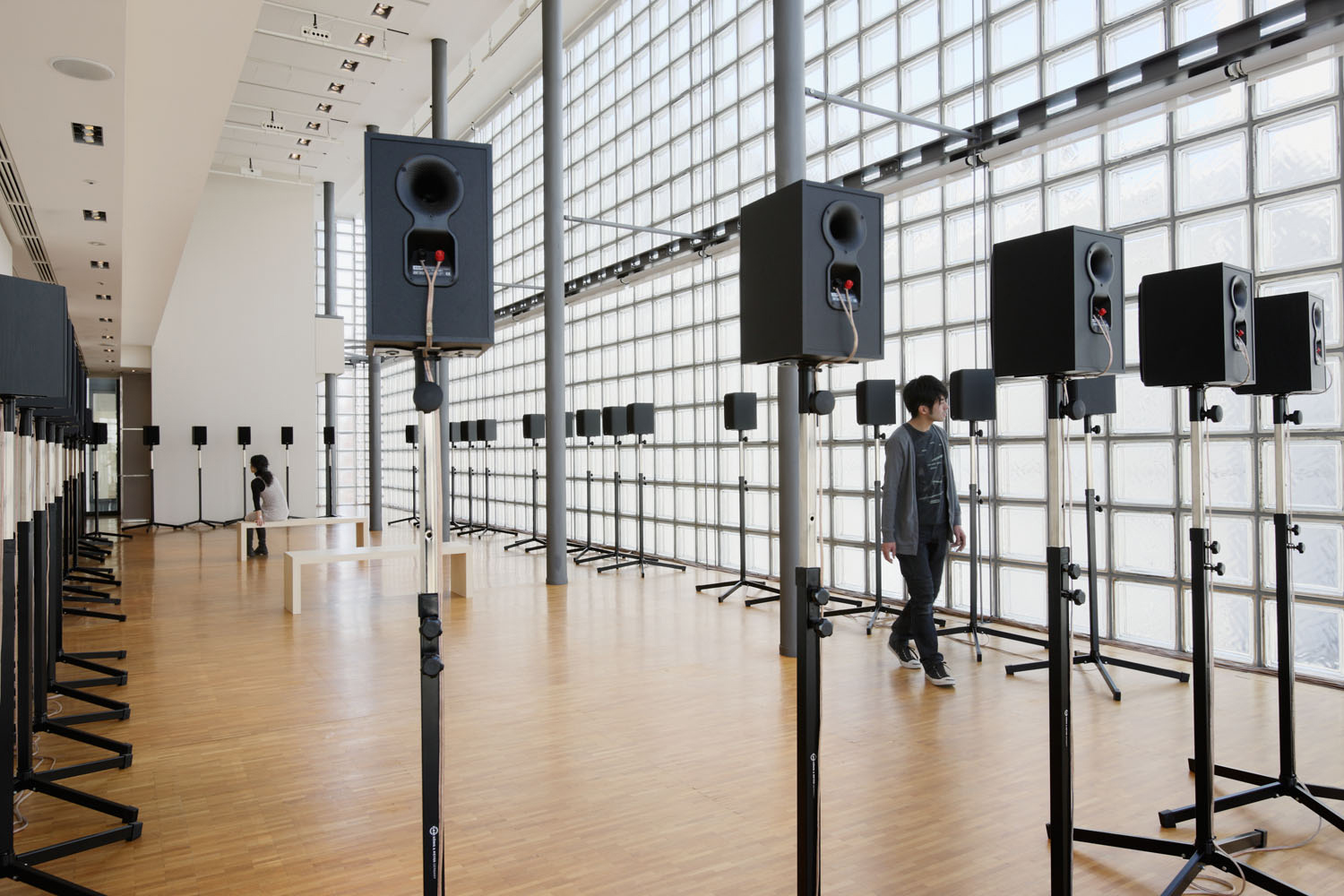 TRAFO Center For Contemporary Art is a public cultural institution located in a converted historic electrical transformer station in Szczecin, Poland. Due to the unique structure of the building and through its concentration on site-specific work, TRAFO focuses on producing exhibitions with an emphasis on issues of identity and transformation within the modern sphere of contemporary art. Exhibition and project work is further supported by TRAFO’s activity as a publishing house, through its own art-specific bookstore, and a comprehensive educational program. TRAFO’s exhibition and operating support is generously provided by the City of Szczecin.