Olaf Nicolai: A light vapour emanating from bound matter as spirits running, along

The Institut Mathildenhöhe Darmstadt is presenting, in the Museum Künstlerkolonie, the exhibition A light vapour emanating from bound matter as spirits running, along by the Wilhelm Loth Prize winner 2018, Olaf Nicolai. In the multi-part installation specifically developed for the Mathildenhöhe, Nicolai, who is regarded internationally as one of the most recognized artists of his generation, has staged an overview of his publication practice, from book-art works to ephemeral gestures.

In his work, Nicolai circles various scientific and artistic fields, using historical, political and philosophical elements as a starting point for complex installations and interdisciplinary projects. In a technically and stylistically novel and very specific language, his works address shifts in the relationship between body, space and movement, as well as, above all, the hereby evoked imaginations.

From the very beginning, Nicolai’s production of texts and books has been distinguished by this way of working, and consequently Nicolai’s activities are accompanied by numerous artist’s books and other publication formats. Not only do they display a variety of forms—from stickers, posters to newspapers and websites, as well as digital typefaces, film scripts and radio plays—they also completely reinvent the “publication” format in its possible functions. 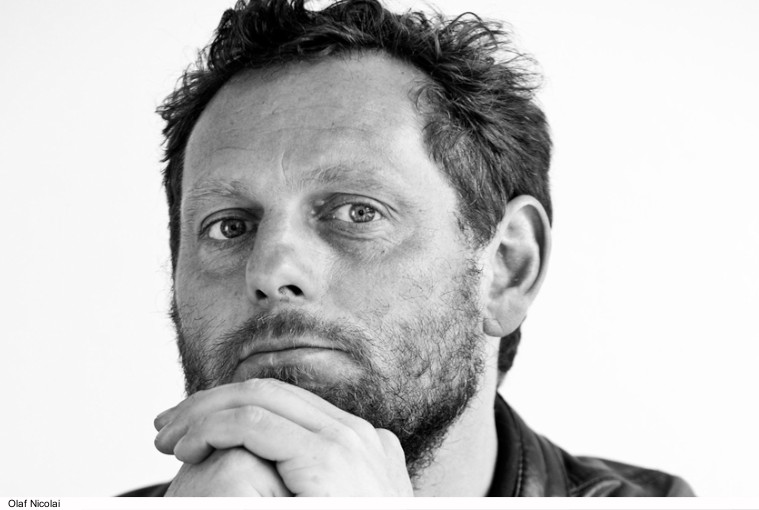 User guides, game manuals, source collections, readers as well as text collages, picture boards and drawing books for children become action instructions with reflexive and playful potential. Nicolai refers not only to traditional forms of the “artist’s book,” from the classic notebook and sketchbook to the conceptual work, he also picks up notation and presentation modes of scientific, musical and experimental literatures that oscillate between research and fictional improvisations—such as Aby Warburg’s work on the Mnemosyne Atlas, Oskar Negt’s text-image entanglements, Alexander Kluge’s “History and Obstinacy” or Klaus Theweleit’s “Male Fantasies.”

Also worth mentioning in this regard are the notations of Earle Brown, poems by Inger Christensen, and texts by authors of the group OuLiPo, as well as Jeff Noon’s science fiction narrative. The exhibition in the Museum Künstlerkolonie translates the multi-layered production system of Nicolai into a tour through a series of small installation stagings.

Above all, Olaf Nicolai‘s publication practice can be characterized as collaborative. In addition to the intensive collaborations with designers, other artists and scientists, he also frequently implements artistic strategies that use assignments and delegations, which in turn present the division of labor of contemporary production in a pronounced manner. 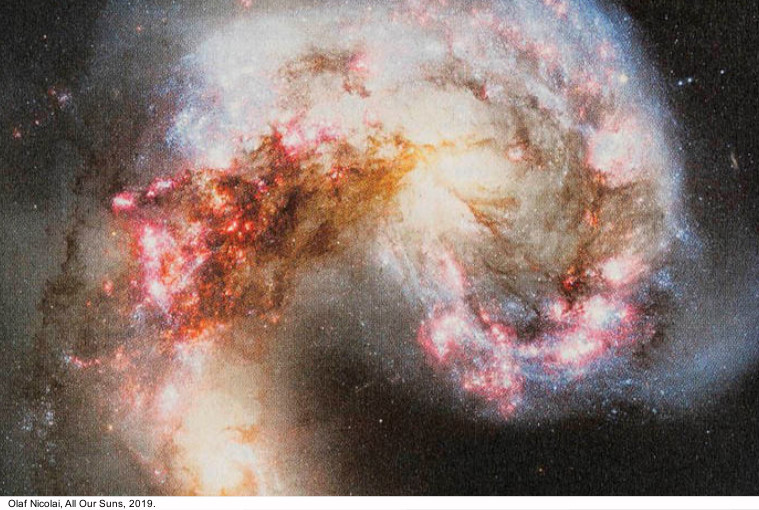 This aspect is emphasized in the special events related to the exhibition that will feature a conversation about camouflage, military, and poetry with the Büchner Prize winner Marcel Beyer, as well as a presentation of the artist’s book 7 Postcards for Innsbruck with the publisher Jan Wenzel (Spector Books).

At the finissage, there will be a re-performance of “Escalier du Chant” by the Neue Vocalsolisten Stuttgart, with a newly commissioned composition by Isabel Mundry. In the spring of 2020, an exhibition catalog will be published with the generous support of the BS Kulturstiftung Darmstadt.

The exhibition is on view in the Ernst Ludwig House, built in 1901, today’s Museum Künstlerkolonie. This house marks the beginning of the Darmstadt Artists’ Colony, which, on the initiative of Grand Duke Ernst Ludwig of Hesse and by Rhine, created an ensemble of architectural and artistic works as well as designed landscapes on the Mathildenhöhe. The ensemble is currently on the Tentative List for UNESCO World Heritage Status. 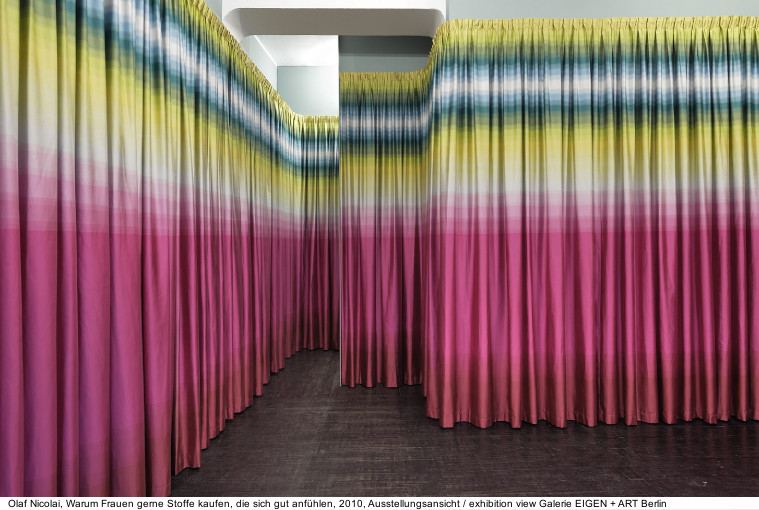 In summer 2020, the World Heritage Committee will decide on this nomination. As part of the current exhibition, Olaf Nicolai interacts with the legacy of the Mathildenhöhe by installing two sculptural interventions into the permanent collection of the museum, hereby starting a dialogue with design icons from the early modern period by Peter Behrens and Joseph Maria Olbrich.