As Rights Go By. On the erosion and denial of rights

Economic interests, promises of high yields, and national security are increasingly undermining constitutionally guaranteed rights—rights not even conceded to refugees.

The exhibition, curated at freiraum Q21 INTERNATIONAL  / MuseumsQuartier in Wien/Austria by Sabine Winkler, explores judicial, social and emotional shifts in the relationship between politics, economics and violence.

Post-democratic developments have accelerated in the last decade: unregulated financial markets that increasingly dominate political agendas, and uncontrolled mass surveillance increasingly aimed at predicting and influencing (purchasing) behavior, are shaping our reality. In the current, highly explosive scenario it makes sense to look at the causes and consequences of de jure inequalities. 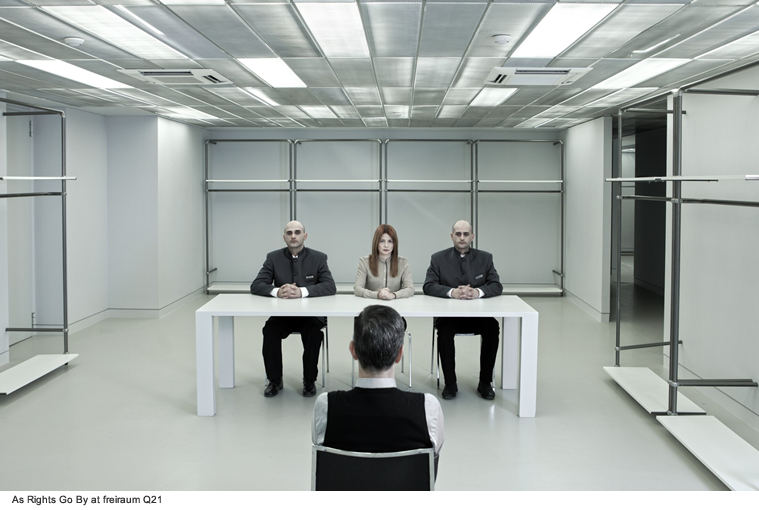 The purported necessity for political policy to submit to market interests is leading to a shift in individual rights to the advantage of investors. Debt and trade agreements are being instrumentalized to establish and institutionalize inequality. The radicalization and globalization of markets is, in turn, leading to the entrenchment of inequalities between rich and poor countries in the battle for cheap raw materials and labour. Neo-colonial strategies are among the causes of migratory movements.

The artworks explore the impact of globalization, financialization, and mass surveillance on civil and human rights, as well as the social and judicial inequality they entail. The issue of the distribution of rights is also topical in the art context. The art system reflects inequalities to be observed in society at large.

The video by Lorenzo Pezzani and Charles Heller (Forensic Architecture), Liquid Traces—The Left-to-Die Boat Case, adopts a forensic approach to reconstruct an avoidable maritime tragedy and find evidence of guilt. The evidence available from the information gathered by surveillance technology is examined to show the extent that the authorities are guilty of breaching international human rights conventions—and that they committed the crime of non-assistance.

Nikita Kadan engages with police torture in his project Procedure Room. His drawings of torture techniques on porcellain plates in the style of the Soviet-era “Popular Medical Dictionary” address the ideologically motivated depiction of torture as a “necessary surgical intervention,” a medical procedure, to legitimate state violence. The loss of rights is proclaimed necessary for the well-being of society, or as “protecting liberty.”

Lina Theodorou‘s installation The Amazing Board Games Club invites visitors to understand everyday reality in crisis-torn Greece by playing a board game. Theodorou alludes to the social and legal consequences associated with debt and austerity programs, as well as to the companies profiting from poverty and people’s loss of rights.

The work Obsidian Contract by Carey Young shows a legal contract written backwards and reflected in a black mirror as public space and jurisdictions imagined in the exhibition context. 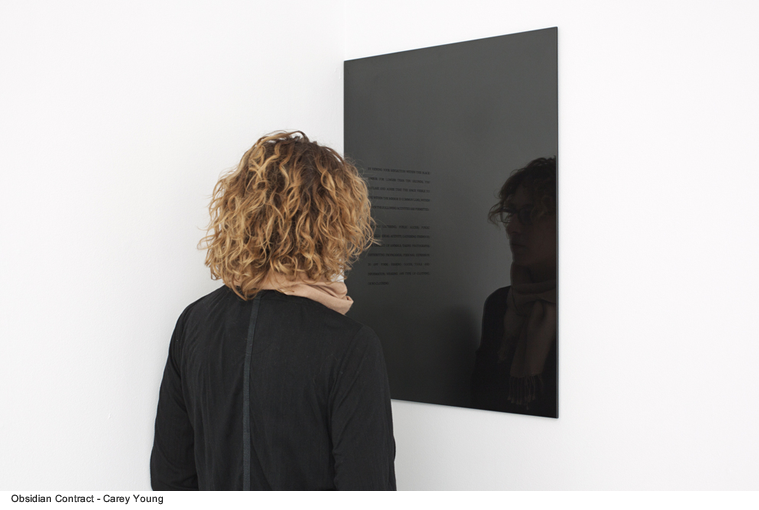