Karol Sudolski is a young creative currently based in Milan. After attending Politecnico where he studied Communication Design and Editorial Graphic, after one of what he defines as an “accident”, he was introduced to the world of video working initially with camerAnebbia, a studio in Milan that mostly deals with interactive exhibitions, video environments and live events projects. There he meets L I M (Sofia Gallotti), that introduces him to the world of music, working with artists such as Mecna, Fabri Fibra, Capibara and Mahmood.

Sudolski defines his visuals as experiments, games, mistakes and accidents in which planning is not often contemplated leaving free room for the typical elements of randomness. In his view, his work is like a game and he compares the way in which he uses his work tool, the computer, to a video game console.

By enhancing the error and the use of the software in a professional unorthodox way, Sudolski presents the most dreamy and imaginative dimension of his mind. In what he defines as “mind trips” the 3D scanned human body is both alien and familiar, becoming at the same time protagonist and background of the stories that take place. 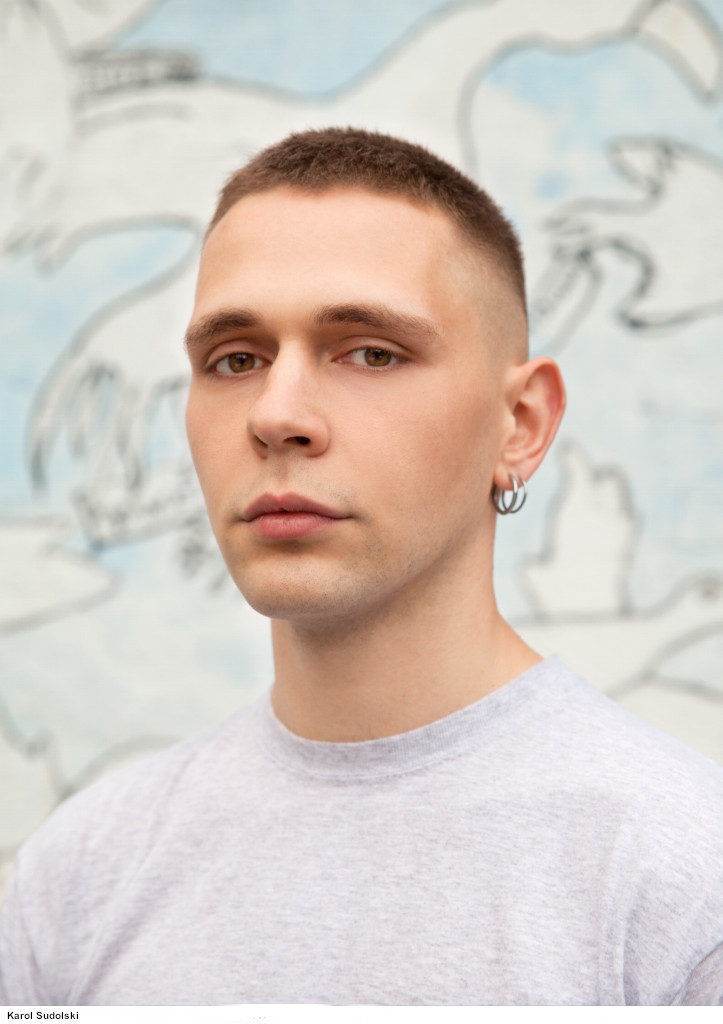 Teresa Ruffino: Your works lie, in a positive way, outside strict creative categories and they create different atmospheres and span between many genres. If you had to define your creations, how would you describe them?

Karol Sudolski: It is really difficult to categorize in an artistic way my work, also because I never intended to be an artist in the traditional meaning of the word. When I have to describe to someone my creations I talk about “digital mistakes and 3D lies”. My experience starts from the experimentation and creation of something by playing with the computer and with the potential chaos that this medium can create, without thinking about an artistic inspiration. I do exercises and mistakes using the computer as a technical tool.

I don’t have a background as a 3D modeler or animator, but I was able to find my path of experimentation and play by using my incapabilities and my love for lies, replacing the Playstation with the computer. When I talk about a “lie” I am referring to the fact that I found an alternative method to the traditional and professional one to create three-dimensional renders. 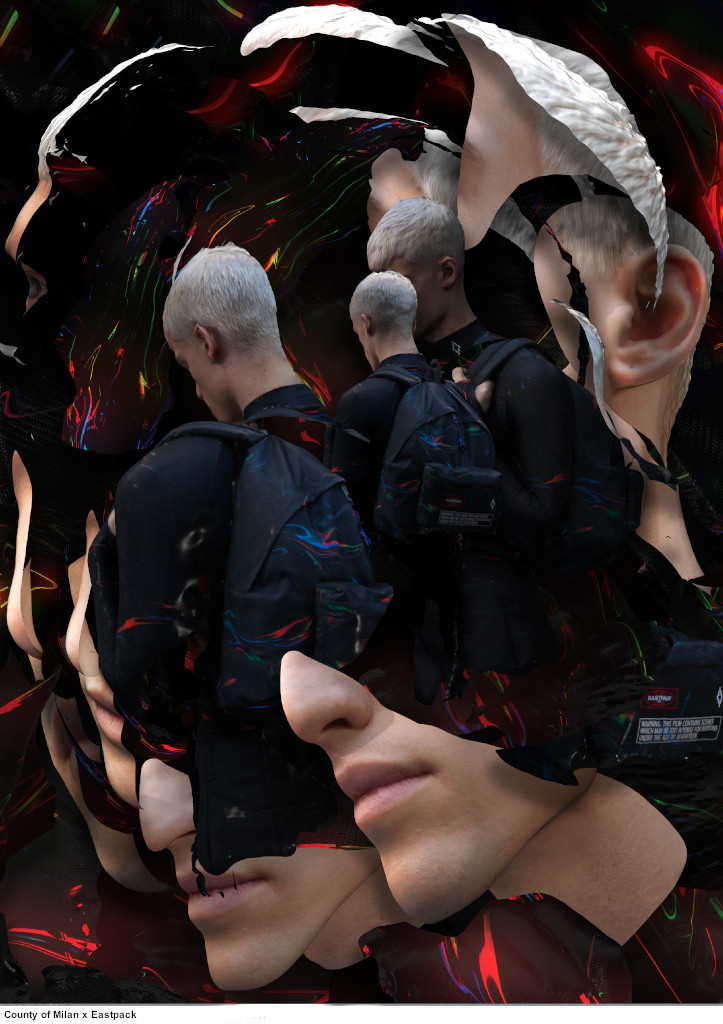 Teresa Ruffino: We live in an age of hyper-stimulation, caused not only by the new types of devices but also by new environments that surround us; what kind of physical stimulus influences your works?

Karol Sudolski: I wouldn’t talk about something strictly physical, my works start as a representation of a mental environment where the individual is at the center of the scene giving free room to the expression of consciousness and imagination, in a sort of landscape for paranoia. At a personal level, it all starts with a mental trip inside my thoughts, including the negative ones, where I visualize scenes and the movements of the light. The light plays a pivotal role in this creative process and I am particularly fascinated by transparences, from visual strains influenced by photographic depth of field, or by reflections on water, on substances or materials.

Sometimes it can happen that the setting is darker and opaquer, sometimes transparences and chromatic aberrations are more important, depending on my emotional state or the kind of project that I am working on. I don’t usually plan or organize my work, I don’t make storyboards or concepts and I often allow myself to be guided by chance and by sensations, for example when I make 3D scans, where the final product doesn’t always match the reality that it intends to duplicate, but presents mistakes and unexpected shapes. It is in this moment, in front of the computer, that the idea that I later develop comes to life. The settings that I imagine when I let my thoughts flow are abstract and not very figurative.

Teresa Ruffino: What is your personal interpretation of the relationship between music and image?

Karol Sudolski: For what concerns my personal journey, I never had a specific affinity or predisposition towards music. My professional encounter with this creative environment happened by chance, like a sort of bump in the road, with the meeting with Sofia Gallotti (L I M) that was collaborating like myself with camerAnebbia in Milan. Sofia was debuting with her solo EP and I found myself working on the editing of her first music video Comet and on the visuals for her live shows. It was my first project strictly connected to music.

Given the distance I have from this world, my work is connected to it from a particular perspective: I use the image as a medium to understand something that remains almost completely obscure to me. I can only appreciate music if it is associated with something visual and not only sonic. When I work with singers and musicians, my approach is always that of overlapping the musical layer with my mental image that I associate with it.

Karol Sudolski: I don’t use the human body as a symbol, for me it acts as a landscape. Working with 3D scans I am able to replace the exterior with the interior and to play with the scale of the elements. Therefore, I apply these modifications to the original size of the human body to challenge the traditional understanding of it as something small compared to the universe and to present a new corporal dimension that transforms it into a landscape and background. 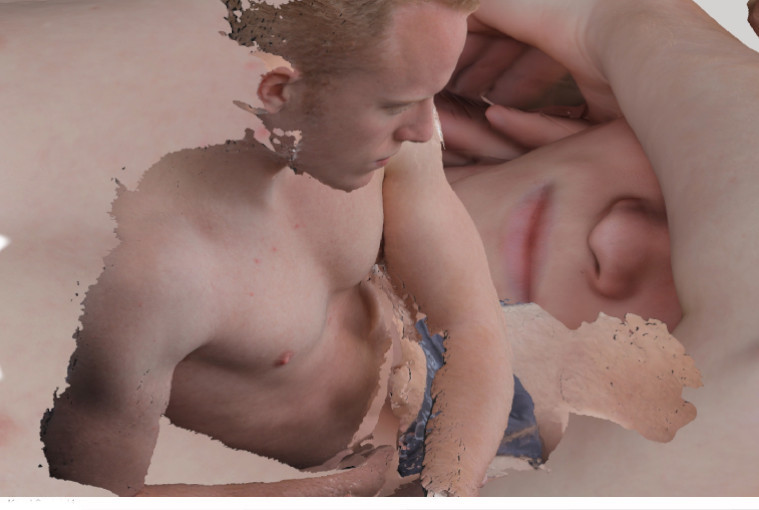 Another element that attracts me it’s the way in which the body is received by the scan, the way in which the skin gets impressed. The point of view of the machine is from up close and allows to catch numerous details provoking at the same time a feeling of alienation and proximity.

The scanned body is, in a certain way, an alien object, distant and scary, similar to a anthropomorphic robot, but when seen from up close it creates the opposite feeling of intimacy and closeness, conveying physical and sensual feelings such as the perception of the smell of the skin. The body for me is a tool to explore myself and simultaneously is the landscape for my imaginative explorations.

Teresa Ruffino: What do you think about the future of the intersection between music, live shows and graphic? Is there a project that you would like to do, but haven’t had the chance still?

Karol Sudolski: From my point of view of spectator and user, I am more excited to attend concerts where the music is always accompanied with a massive use of images, because I believe that they overcome the difficulties of understanding music that I, personally, and other may experience. I consider this kind of experience to be more complete compared to the one of a traditional live show. 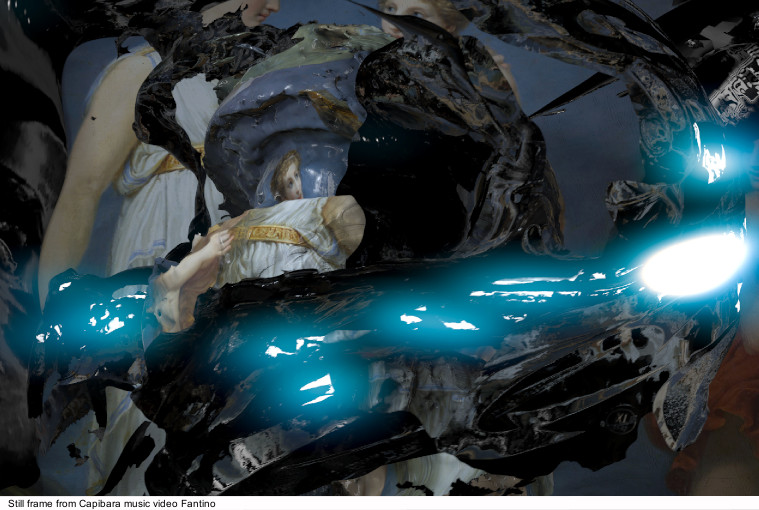 In the future, I would like that, If I receive a commission for an audio-video project, video and lights would not be only functional to create a background for the show, but I would also like them to be fully part of the experience, handling the presence of the artist not as compulsory, but as part of the visual component.

Another experience that would be interesting to introduce in the future involves the addition of a Virtual Reality or Augmented Reality layer to the live performance. At the moment technology allows it, but the tools (headset or telephone) increase the distance between the stage and the public, filtrating the fruition and removing something from the show. 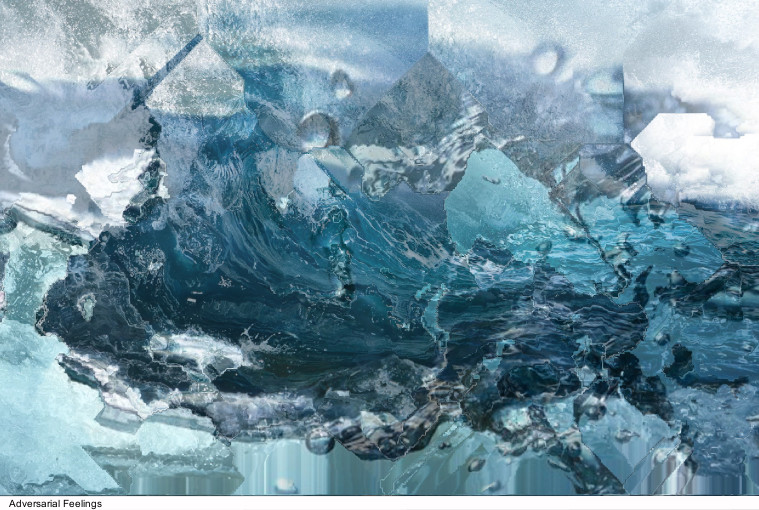 Teresa Ruffino: Can you tell us a little bit more about the project Adversarial Feelings?

Karol Sudolski: Adversarial Feelings is the first audio-video chapter (but there is also a textual component in the form of a book) by Lorem, project of Francesco d’Abbraccio focused on Artificial Intelligence and the interaction between human being and machine. It was one of the many bumps in the road of my career path, but in this case it was Francesco that orchestrated it: one day he contacted me out of nowhere and I found myself listening to him passionately talking about things which I had never heard before and that I am still not sure I understand completely. I can tell that it deals with the vision that we have about technologies and AI as part of a dystopian future, even if in our reality they are already connected to our everyday lives. Despite my initial distance with the subject, I was still able to take part in the creation of the visual component of the project in Trying to speak, Natural readers and Are eyes invisible socket contenders.