“Symphony for the Metaverse”: architecture, sound compositions, and media installations 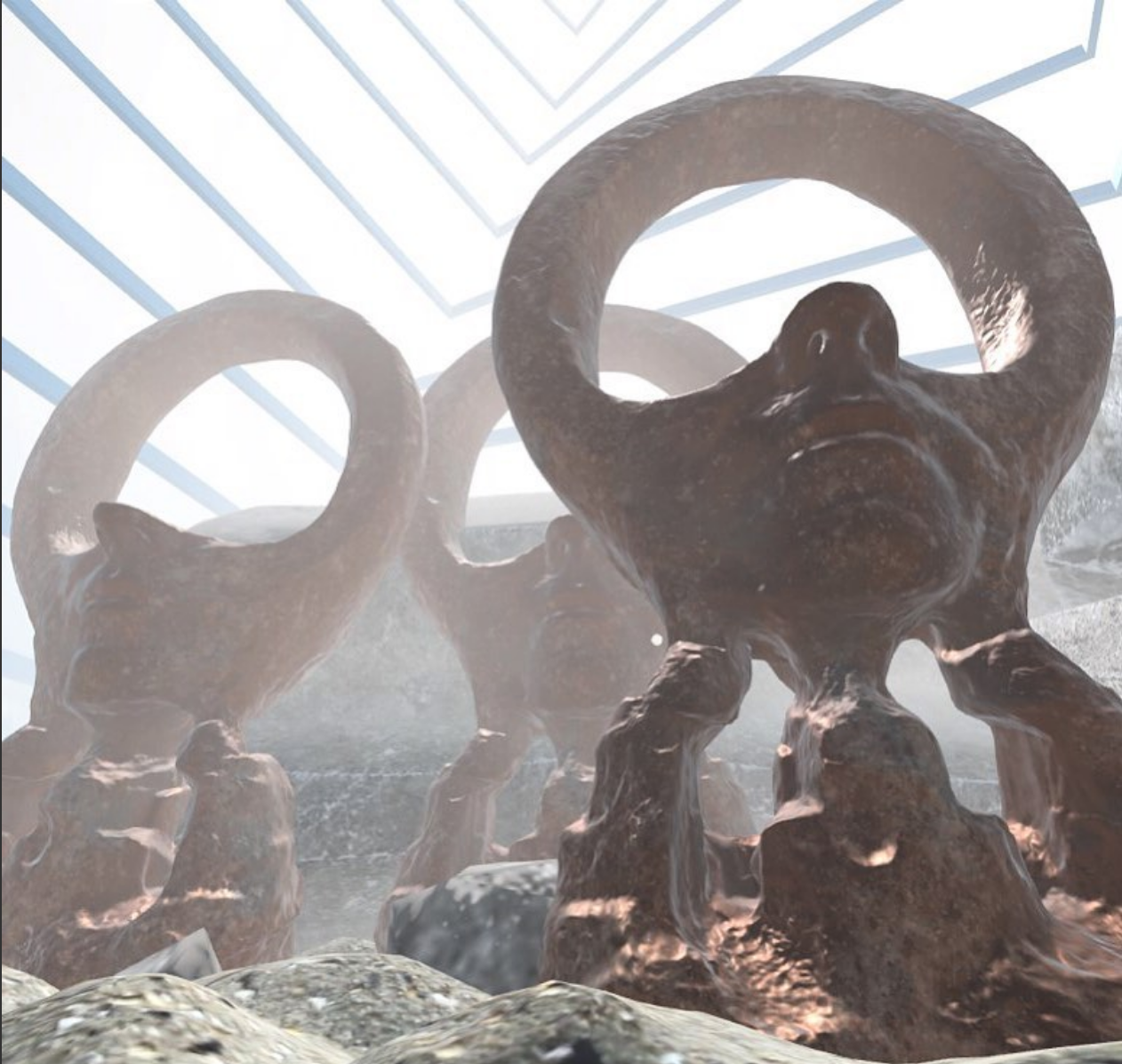 synthesis gallery presents Sound Becomes Site: Symphony for the Metaverse. A modular pavilion constructed on the occasion of The Wrong Biennale, Symphony for the Metaverse gathers artists, musicians, art collectives, and architects into the mythopoeic realm of Mozilla Hubs. The pavilion officially opens November 18, 2021, and will include scheduled events and performances, workshops, and talks throughout the duration of The Wrong Biennale.

Blurring the boundaries between architecture, spatial sound compositions, and experimental media installations, Symphony for the Metaverse links a series of virtual 3D architectural environments via the platform of Mozilla Hubs. Like a vast spatial montage composed of modulated fragments, sound and sculptural works lay the groundwork for a utopian structure that eschews any pretense to compartmentalized separation. 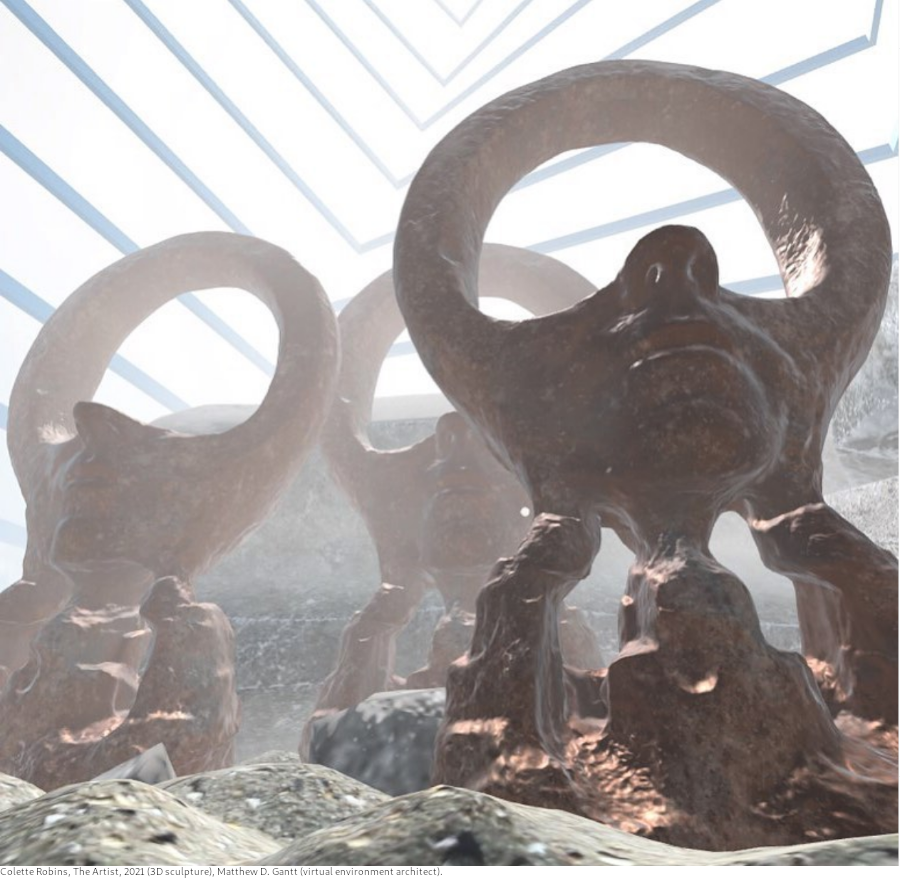 Architecturally, this horizontal pavilion is a rondure of termless play, where bodies have a cartoon-like buoyancy and where sounds physicalize into three-dimensional space. Functioning as both an archive and a series of stadiums or listening booths, Symphony for the Metaverse reverses the trend of corporate interconnectedness. Rather than upload consciousness into the virtual, Symphony for the Metaverse humanizes virtuality. The viewer becomes a listener, who then negotiates her own relationship to space through sound.

The “simulated,” the “utopian,” the “spectacular” – the illusory significance normally attributed to these words is recast as a positive correlate to the presence of sound, which is not heard so much as confronted. Each area where sound is transmitted has a visual component that seems spatially impossible, which only serves to demonstrate the inadequacy of how sequences of sound are represented.

The beachy nonplace of Sympathy for the Metaverse exaggerates our world as much as it critiques it. Not confined to historical time, or the limiting restrictions of geographical place, sound installations can come into their own as constructive elements. The containers that the viewer initially sees function as rooms of uncanny spatial dimensions, the offspring of an invisible, quasi-transcendental phenomenon. In this way, the show becomes self-generating, and the featured works come together as modular details within an ethereal gestalt.