Simposio is a meeting, performance and installation program, investigating the man-machine relation within the contemporary society. It was conceived to trigger a network, a public debate and a reflection on the digital contemporaneity and its implications on a perceptive, cognitive, social, and economic level.

Simposio is curated by NONE collective and takes place from January 2018 to June 2018 in via Giuseppe Libetta, 21 – Rome. Limited entry, go to http://simposio.none.business/ to book your visit

Are we able to create and authentic imaginary? An idea of future which is different from the one imposed by the technocratic flow?

Simposio is a convivial meeting starting from these questions to scrutinize the man-machine relation knowledge and awareness; it also aims at investigating the methods through which art can act and expressivity be shown.

Talking about the way in which the digital is changing our life seems superfluous: people read more and more articles, Facebook diaries are full of videos, talks, condemnation posts, it seems to be the topic of the moment even on TV.

Literature and cinema have always been pioneers in representing the future, in creating an imaginary man-machine relation, and a dystopic one, until they represented a present, digital, more human future, which is still far from the idea of humanity, though.

Starting from a historical interest -which is not typical of these meetings- periods and even decades of the XX century might be analyzed, by re-building future ideas and representations of each one, namely by studying the retrofuture. For example, who did not scroll some pages of bizarre, technologic visions from the economic boom years of the after-war? It is clear that back then wellness used to generate a positive vision of the future, in which technology was a tool for simple, practical, humane functions. It is also clear how the current idea of future reflects the current society’s inconveniences and contradictions. 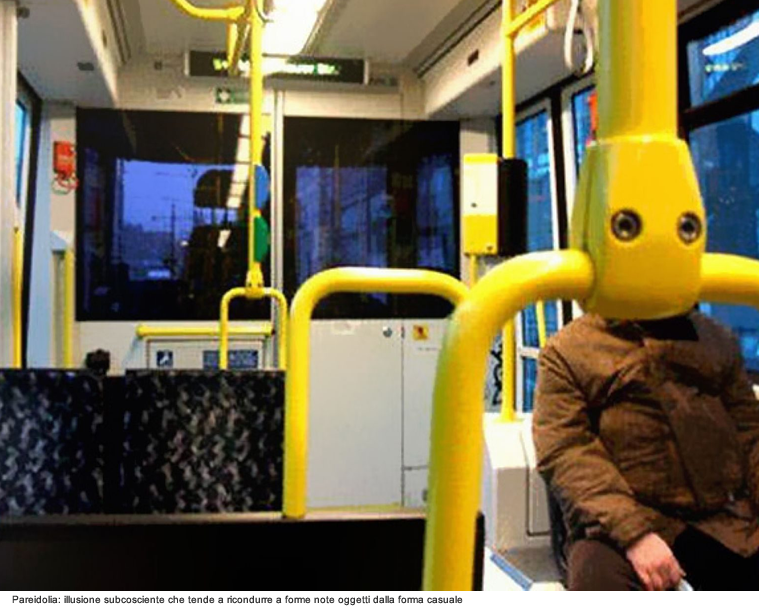 The trend is to narrate the present as something that follows something else, “post” indeed. Undoubtedly there has been a rupture towards the first decade of this century end: the economic crisis, the innovation idea crisis, the technology-serving-man crisis, the digital democracy crisis. Within the aesthetic perception and arts field, the tech component exaltation and the idea of the minimal esthetic perfection have surrendered to the glitch, namely the machine error exaltation. The software has been glorified, along with the software ideology, the DIY liberty, and the infinite possibility of the network. 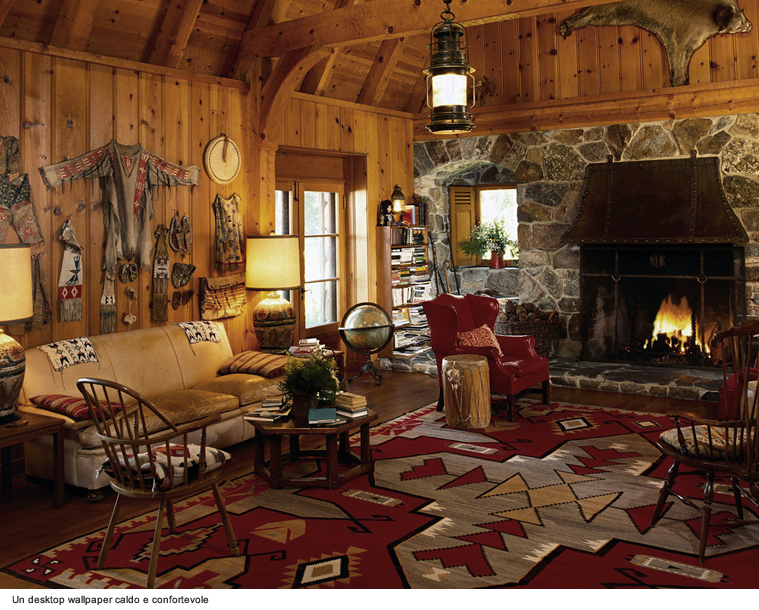 Apart from peculiar cases in which the digital mindset has actually been used as a reality expansion tool to produce autonomous subjectivities and an alternative development model, we have all fallen in the net that captures individuals rather than individual collectives. Thus, without anyone realizing or understanding why, a huge desire of humane, emotion, simplicity, and authenticity has been born. For example, music best expresses the common feelings, and is full of acoustic instruments, melancholic and sentimental choirs, loud landscapes that reverberate nostalgic memories.

The very same nostalgia that can be found in the Instagram filters, in the passion for vintage, for street markets, for grandma’s things.

No wonder if one wonders if a positive vision of the future is still possible, if it is possible to imagine something new and different from what one perceives as definite and prearranged by the technocratic machine, by the algorithm flow dominating and economically, socially, cognitively and emotionally identifying people. 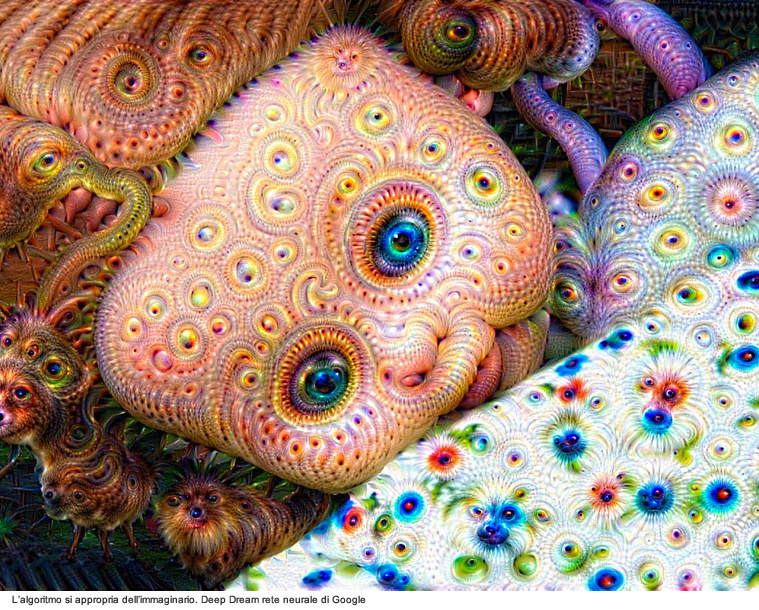 The study of how the Flow fits, weaves, and catches humanity by channeling its needs, has identified different strategies and procedures and defined a new terminology: cognitive proxy, procedural memory, profiling, perceptive bubble, and gamification[1].

Today the algorithm is living a pretty much advanced phase as far as humanity control is concerned. Humanity here means an intrinsic quality of men, both on a mind, cognitive skills level and on a social and economic one.

It should be noticed how the birth and growth of critical thoughts towards the Flow is caught and rechanneled to a sensationalizing dimension on the media (tv series and fb posts), which produces a sort of immunization or a weakening of the original feeling. By absorbing the opposites and the internal critique, the Flow seems to neutralize every subversive attempt of activism and alternative development. 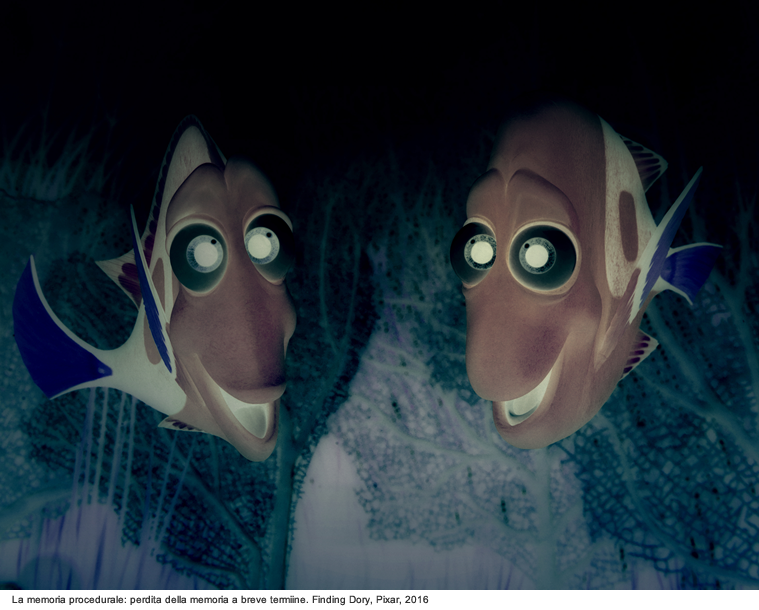 Simposio aims at implementing an enquiry process on the contemporary condition and the creation of artistic expressive autonomy, which should not be conceived as the art creativity, but as a principle of subversive strategy.

The Flow catches humanity elements, singularity absorbs and seize them, they are turned into guidelines to compute the algorithm, namely for the massification and economic exploitation, and so they generate values by controlling emotions and pulses, by producing desire, hence market. Art is expression of singularity, autonomy and authenticity, whatever the esthetic perception it produces is and the way in which such singularity expression is caught when it reaches a certain importance. The Post-Internet art phenomenon represents the acquisition by part of the market of a critical principle, which is brought at the object level and in a perspective of economic valorization with the consequent content, authenticity and consistency emptying, doesn’t it?

Simultaneously, the levelling also takes place because the creativity industry dominates the positioning and absorption of expressive needs, and fulfills every creative vanity and turns everyone into “self-artists”, that is the sensationalizing of the nothing. Think about talent phenomena, xxxartists or xxxdesigners, youtubers, and, why not, selfies. 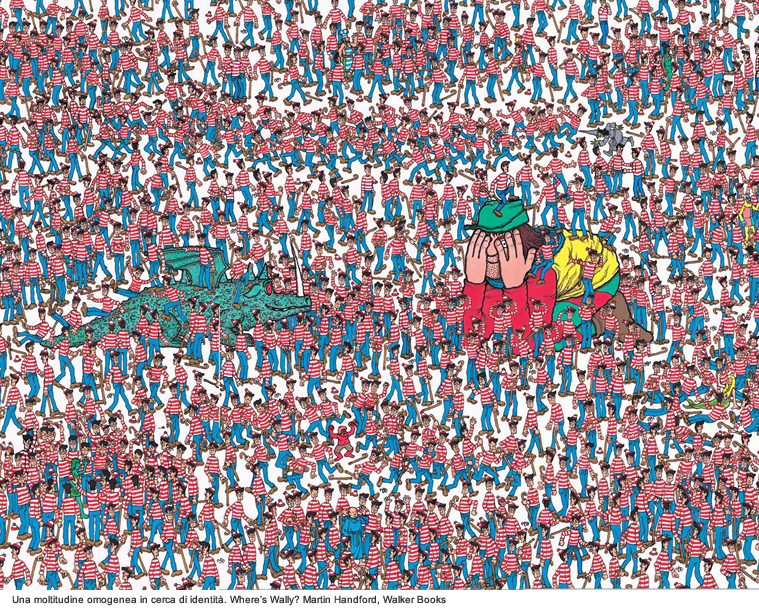 In this substantial emptying, it would be illogic to imagine an intervention from the public institutions; for their own interest, in order to survive, they found and instill culture, thought. It would be logic believing that the public deal with the protection and the enquiry of the humane, hence with the promotion and support of humanistic studies. People cannot help ascertaining the failure of the public before the technocratic digital finance, which naturally follows profits and empties the humanistic research. Today, particularly in Italy, universities and institutions do not offer any contribution or support to a contemporary culture development; they are substantially detached from an active participation to elaborate proposals. Italian public cultural apparats have ceased to renovate due to the ideology and politics collapse; they are frozen on old-fashion approaches, which are inappropriate to understand the content evolution.

Is it still possible to build an authentic humane imaginary? How could it be built? Through activism and artistic practice, is it possible to consciously influence the Flow and build a future idea which is different from the prearranged one?

Simposio starts from these questions to deepen the knowledge and the awareness of the man-machine relation and to investigate the methods through which art can act and its expression can be shown.

Since the present fruition has mostly shifted towards the virtual, everywhere and always, we want to question ourselves about the “here and now”: