FUTURES PAST AT AREBYTE GALLERY 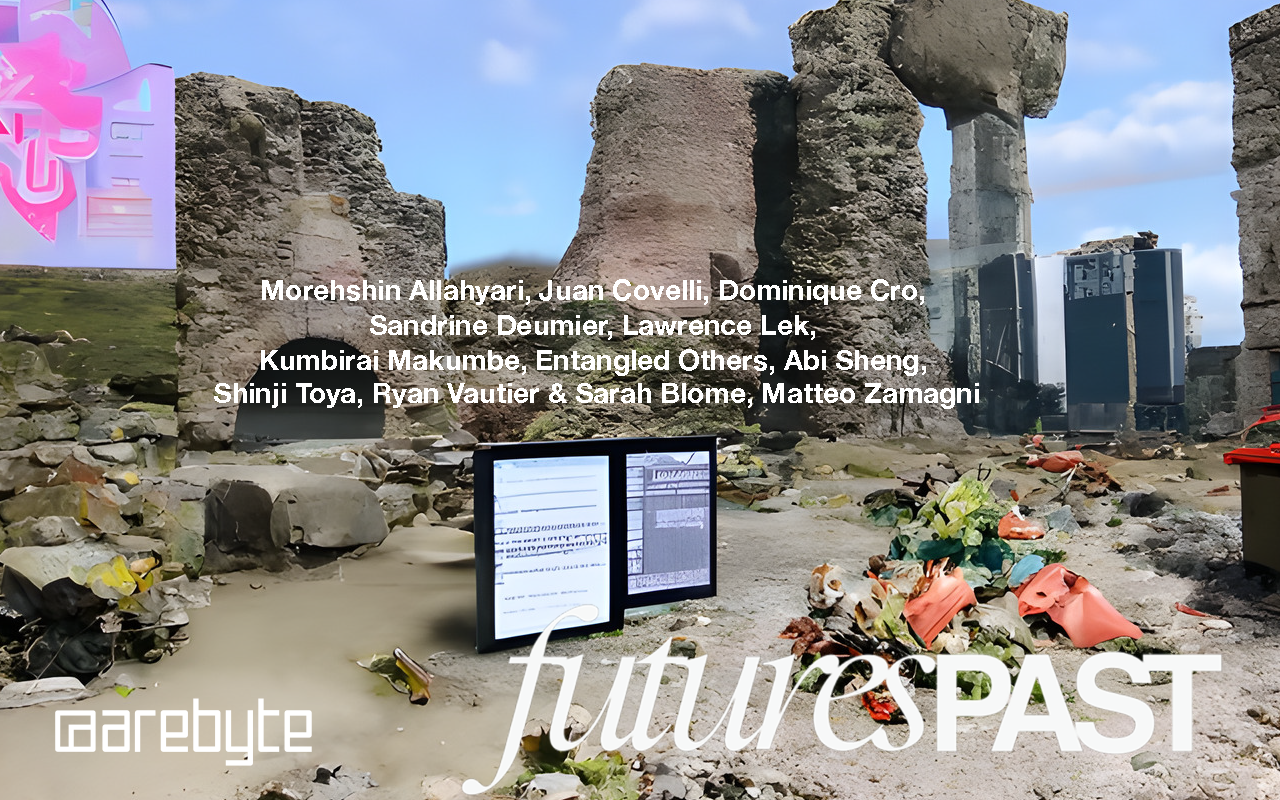 arebyte presents Futures Past, a group exhibition taking the viewer on an immersive journey through the excavated ruins of the future, as part of arebyte’s 2022/23 programme Sci-Fi which looks at fictioning and alternative futures through a series of exhibitions, live performances, online experiences and educational activities. With a mix of digital and sculptural works, interactive and static content, as well as AI-generated narratives, the gallery becomes a site for discovering the concept of futurity through the past.

The exhibition is part of arebyte 2022/23 programme Sci-Fi.

Here is the booklet of the exhibition 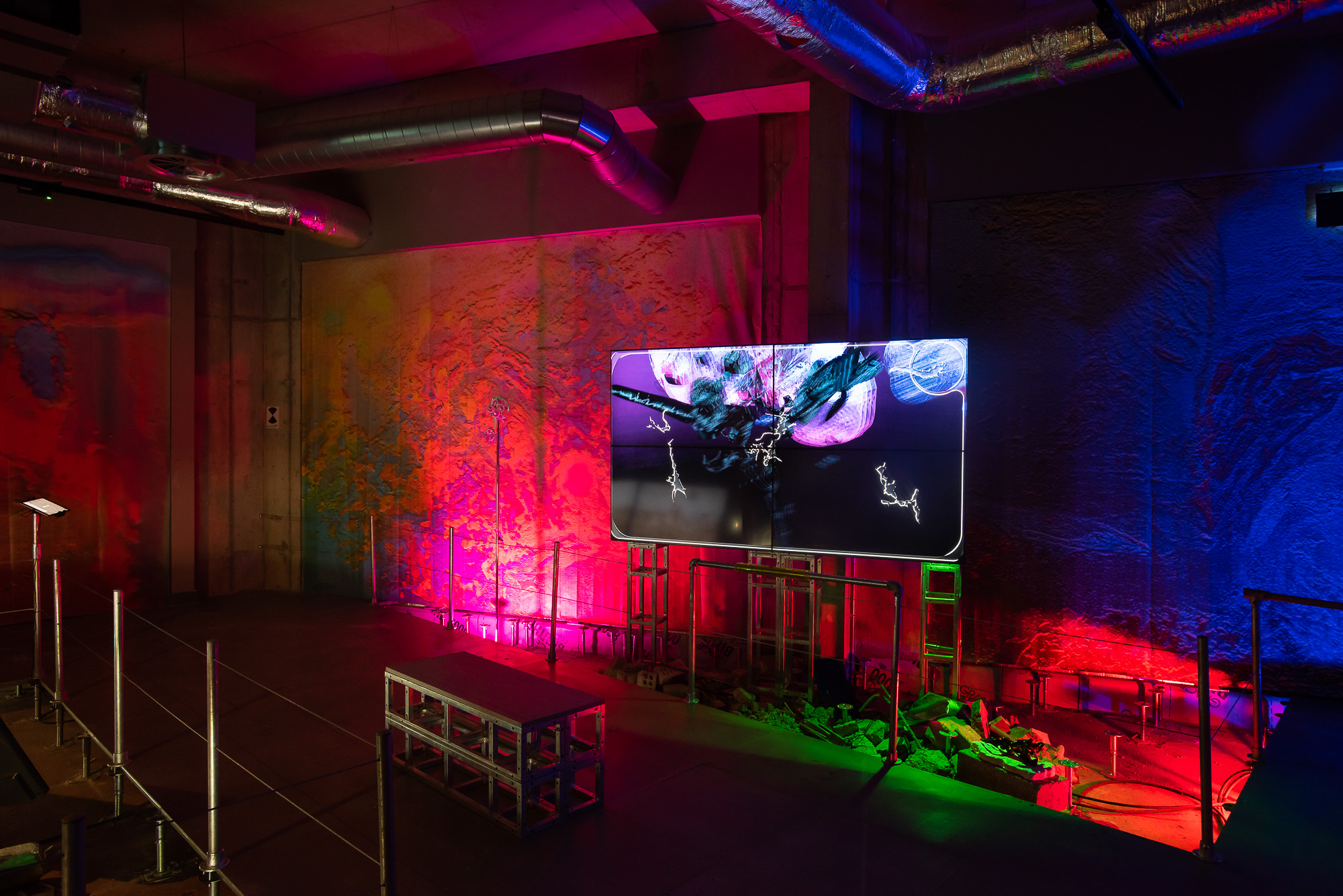 Unlike the Western notion of time, with its linear view of history to the left and future to the right, Futures Past asks us to reconsider this by looking at our present from the eyes of the future – in essence, to walk backwards into the future with our eyes fixed on the past. Examining time and embracing its non-linearity allows for more spiritual and progressive views on how to inhabit a time where future, present, and past coexist.

The gallery takes on a new purpose as a site for archiving and preservation, becoming a mediator for concepts of futurity by displaying digital and physical artefacts of the 21st century. Monitors, projections, video walls and LED panels lie on the exposed floor of the gallery seeking renewed attention and allowing visitors to develop a deeper understanding of the hereafter.

Like a puzzle to be pieced together, the works blend different histories, cultures and temporalities, inviting us to reimagine the way we view artefacts, denouncing colonial pasts, and unpacking the multiple crises confronting us today. This “de-inventing” of the future returns us to a present that is a “fraught and fragmentary site of struggle.”

The five key concepts that Patricia Waugh and Marc Botha examined in their book “Future Theory” – boundaries, organisation, rupture, novelty, and futurity – function as a framework for Futures Past. The artworks in the exhibition, in fact, revolve around these five categories and are a demonstration of how theory can be applied to a constantly shifting world.

Works by Dominique Cro, Entangled Others (a duo of Sofia Crespo and Feileacan McCormick), Shinji Toya and Matteo Zamagni explore rupture and futurity by addressing climate change, extractivism and the Anthropocene. Their works use machine sentience and data remixing to provide insights into organic and electronic evolutionary processes. 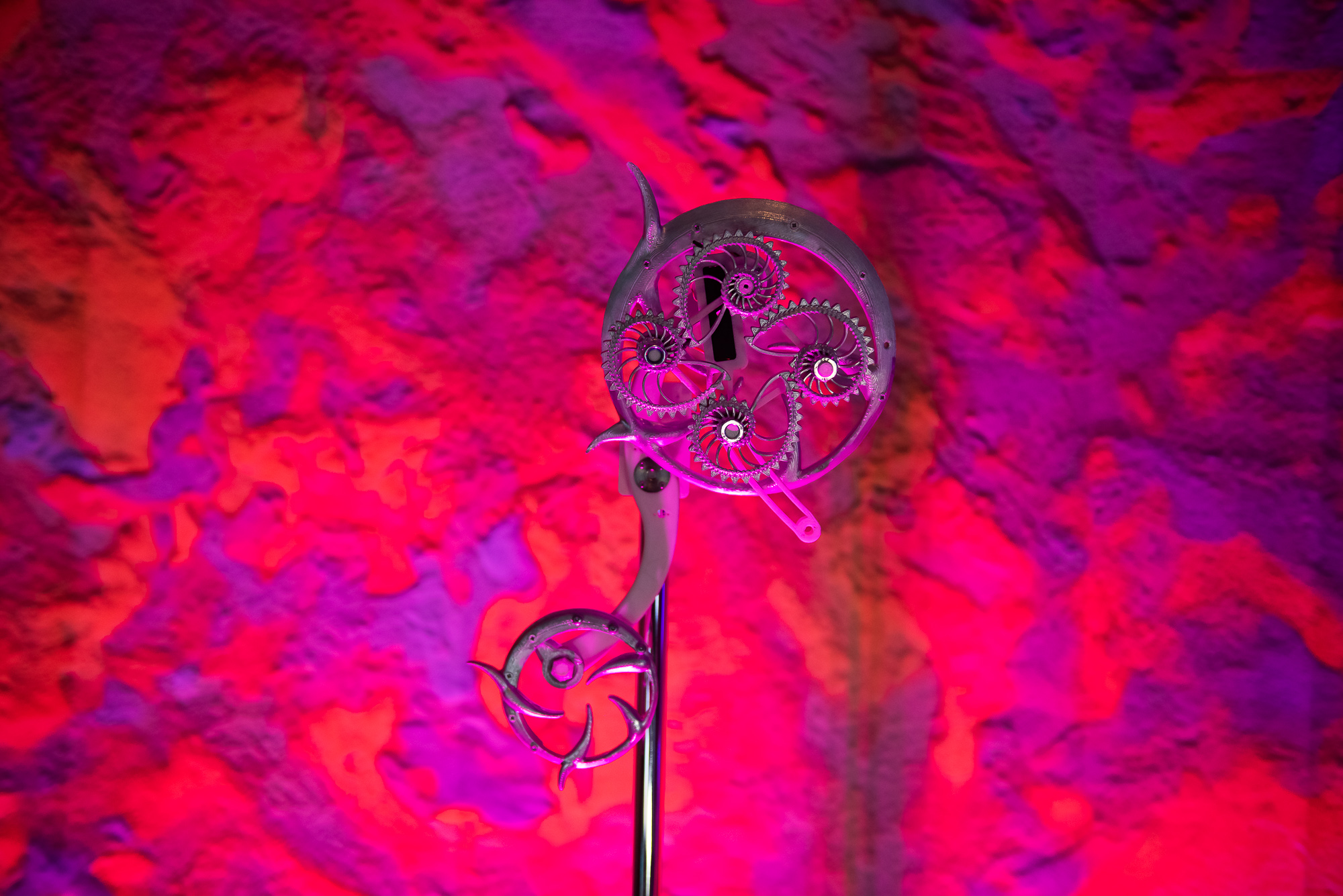 Morehshin Allahyari, Juan Covelli and Oliver Laric explore boundaries and organisation, addressing colonial practices and ownership of relics and artefacts. Their 3D-printed works critique representation as a technology of colonial domination over nature. This is exemplified in the open-source method of creation and dissemination of their works, as well as in the cultures for which the work speaks, exposing the in-between, empowering the powerless, and questioning the presupposed.

Kumbirai Makumbe and Abi Shen, as well as Ryan Vautier and Sarah Blome convey novelty and futurity, while addressing post-human and cyborgian threads. These works interrogate the body as a site for emotional emancipation together with the notion of reaching a technological singularity.

The work of Lawrence Lek and Sandrine Deumier deals with novelty and boundaries, focusing on world-building within the realm of future thinking. Their works gamify altered states of presence and memory that exist in the digital space, questioning our capacity to perceive the living world as a complex entity. 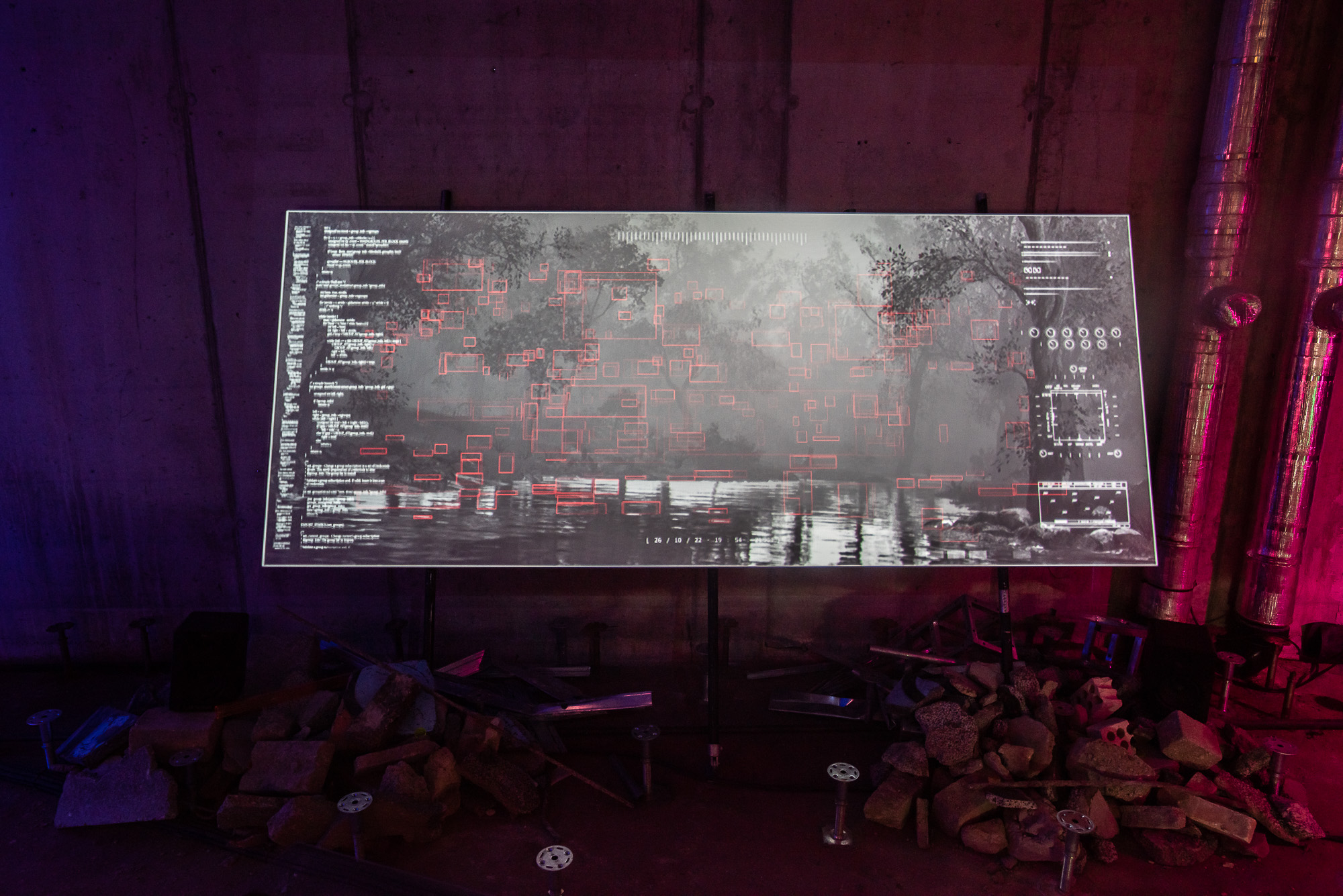 In addition to the many “unearthed”, floor-based pieces, fragments of selected artists’ works are presented on display walls like those often found in museums. But unlike with traditional display cases, the assets (which include untethered CGI models, 3D printed objects, and gifs) are preserved within the digital realm and mostly bound to the medium of the screen. By separating out individual elements of artists’ works, the display wall questions collection, archiving, and conservation of digital art, highlighting the importance of treating it in the same way as more traditional and ephemeral practices: holistically and with attention to lineage and provenance.

Excavating these digital finds, reanimating them, and replaying them serves to safeguard their vitality and integrity. This stands in direct opposition to standardised museum archives and displays that fetishise fragments, fragility, and decay. Here, cultural material and ephemera pile up and become fodder for the Earth as decades go by… What do we choose to keep and what is discarded to be compressed by layers of time and lives lived?