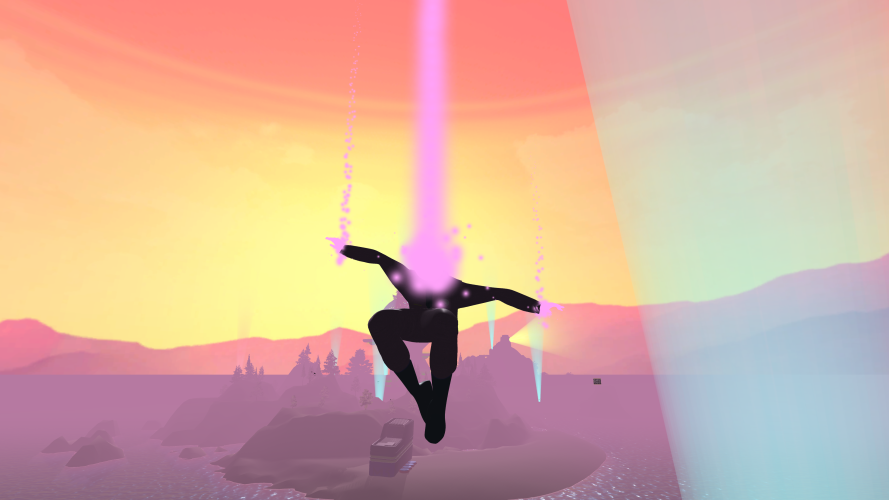 The Center for Contemporary Creation Matadero Madrid presents Metaverses: Realities in Transition, a selection of virtual environments proposed by and for artists, as a compilation of new spaces of creation and resilience, mainly developed during the COVID19 international crisis and promoted by several international cultural institutions.

The term metaverse was coined in 1992 in the science-fiction novel Snow Crash. The author, Neal Stephenson predicted a completely new virtual experience, but he also showed us a dystopian future dominated by viruses and hyperinflation, where governments had lost their power over corporations and global economic powers.

Today there are metaverses such as The Sandbox or Decentraland, which get close to the concept developed by Stephenson in his novel: big international markets of digital and phygital products. Besides, on October 2021 Facebook announced Meta Platforms, a new colonizing name for their applications of social experiences online, in search of new territories.

It is taken for granted that metaverses will be the new Internet and, as the first internauts surfed the hyperlinks, the metanauts will explore this new world in an immersive way. But their proliferation is not an issue without contention:  the perpetuation of imaginaries of domination, the emergence of new digital crimes, the mental health issues derived from being disconnected from the physical world, and the problems concerning the management of privacy, something which has been labeled as the Metacurse.

To promote a consumerist use of digital goods has environmental consequences derived from the energy cost of maintaining “the cloud,” the encrypted transactions, etc. However, thinking of them as meeting spaces, they could help to reduce the CO2 emissions and the pollution waste generated by human activities which do not necessarily require human presence.

The truth is that the international art community has been developing metaverses for quite a long time, with very diverse goals, experimenting at the same pace as the technological medium itself evolves, and reflecting about its aesthetic and political implications.

Whereas collectives such as The Institute of Queer Ecology try to reach a queer and interspecies horizon through artistic research and creation and by sharing knowledge in a virtual platform, others like Austrian collective Depart explore the poetic possibilities of the algorithms which are used to build virtual environments.

When in 2020 the Philippine community Chodes Craft, formed around Minecraft, decided to create a platform within this video game to support under-represented artist communities, little they knew it would turn into the international movement Club Matryoshka. In the same year, Paris-based collective Children of Cyberspace created Planet L.E.V Matadero, with the support of Matadero Madrid and L.E.V. Festival. This artistic world, inspired by the Asturian landscapes, is a place to virtualize the experimental work of the festival in the fields of electronic music and audiovisual creation through hybrid formats only possible in digital environments.

With the collaboration of musical producer and artist Meuko! Meuko!, Taiwanese collective Naxs Corp., created a platform for the Unsound festival in 2021, a place to show the work of Asian musical producers and artists. A metaverse called Afterlife, which reflects the crossroads between post-human myths and animistic cosmology.

Metaverses are only starting to take form. The exhibition is based on the premise that these experiences are going to be increasingly present in our lives. As machines of affective production, they will affect subjectivities. They are a new scenery that corporations and brands want to colonize for consumption, with their instant promise of immediate happiness. It is up to us to design the digital future we want, and to provide the resources in order to have creative, accessible, sustainable and diverse metaverses.