Through a varied and interdisciplinary body of work, Patrick Staff interrogates notions of discipline, dissent, labour and queer identity. Drawing on a wide range of sources, the artist cites the ways in which history, technology, capitalism and the law have fundamentally transformed how we define and identify our bodies today, with a particular focus on gender, debility and biopolitics.

On Venus presents Staff ’s most ambitious work to date: a site-specific installation exploring structural violence, registers of harm and the effects of acid, blood and hormones. Throughout the spaces of the Serpentine Gallery, Staff initiates a series of architectural interventions. 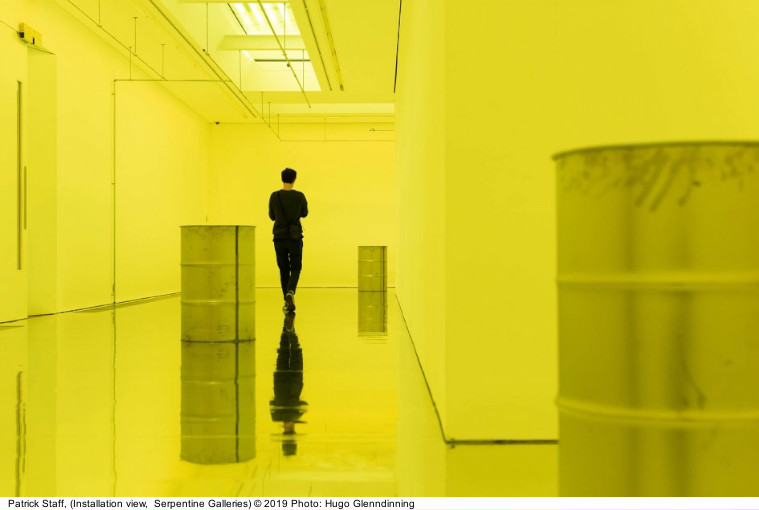 Transforming the gallery into a leaking, rudimentary body, a piping network suspended from the ceiling slowly drips a mixture of natural and synthetic liquids into steel barrels, suggestive of sharing intimate fluids, or the trafficking of viruses and data. Alterations to the lighting, flooring and walls create an environment that feels at once chemically altered and sensorily charged.

A single gargoyle, weathered by acid rain, is positioned as gatekeeper to the entrance of the space. A new series of acid-based intaglio etchings quote from a tabloid news story from 2017 and 2018, claiming that Ian Huntley, a convicted murderer, was seeking to transition from male to female while serving his life sentence.

He was rumoured to be dressing in women’s clothing and requesting to be identified under a new name. After a number of months, however, the articles were exposed as entirely fabricated. The newspapers that had printed the stories variously deleted the reports from their websites, edited pre-existing articles or ran meagre clarifications.

Reproducing these retractions and clarifications alongside the original headlines, Staff ’s etchings on steel highlight the ways in which the media and society weaponize cultural prejudices and anxieties about the lives of incarcerated people, transgender identity and the uses of public spending to mobilise panic and reinscribe social and sexual norms. 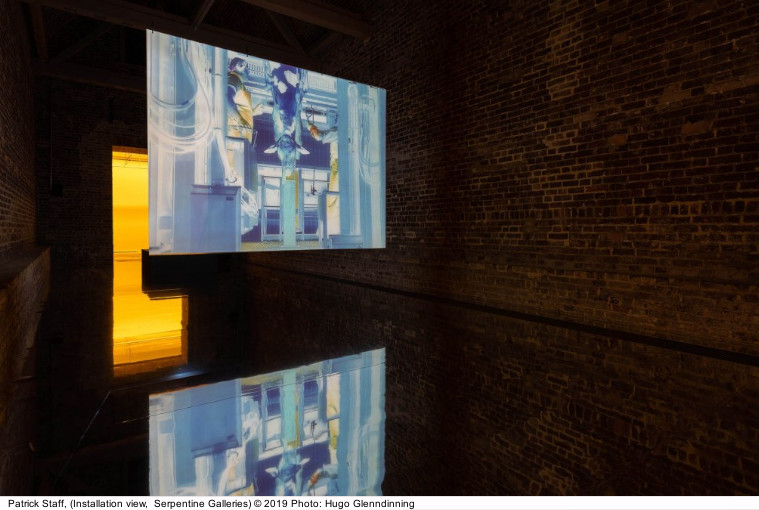 The UK has the highest prison population in western Europe, with 18.46% of prisoners in England and Wales housed in private, for-profit prisons. Transgender people – particularly trans women of colour– face disproportionate contact with the criminal justice system and prison industrial complex. Staff ’s etchings are stacked in the gallery, leaning against oversized boxes, referring to the original use of the building as a magazine gunpowder storehouse for the landed gentry of eighteenth-century London in case of civil disorder.

A new video work is presented in the second of the former powder rooms. The looping film is comprised of two parts: the first of scratched, warped and overlapping footage connected to the industrial farming of hormonal, reproductive and carnal animal commodities including urine, semen, various meats, skins and furs. Rather than reducing the struggles of animals to anthropocentric claims, Staff points to the entanglement of species, sex, race and labour in the conditions of capitalism, advocating a reciprocal, constitutive relationship between the contemporary subject and the non-human.

The video’s second part comprises a poem describing life on Venus, a state marked by violent pressure and heat, destructive winds and the disorienting lapse of day into night. In its depiction of an alternate condition of non-life or near-death, the poem offers an account of a queer state of being as a volatile concatenation in constant metamorphosis.

On Venus continues Staff ’s pursuit of an understanding of the exchange between bodies, ecosystems, and institutions from a queer and trans perspective. In combination, the works in the exhibition seek to question the boundaries of the human subject as well as the limits of the institution, understood as a biopolitical tool for privileging a minority in order to dehumanise the many. 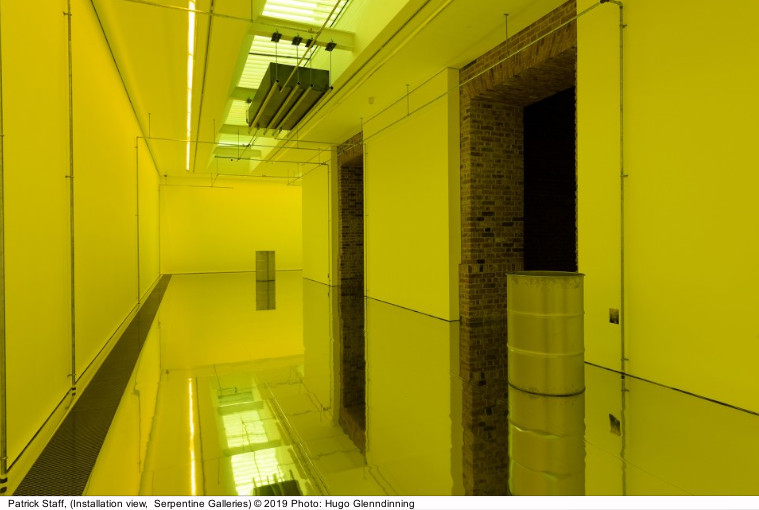