“Still Life”: the second iteration of an exhibition by Rhonda Holberton

As virtual environments and autonomous bots infiltrate our homes, and the omnipresent computer in our hands change the role of the body— in all areas of life and commerce, Still Life is Rhonda Holberton’s attempt to rediscover the value of the biological body through labor and material transformation.

The exhibition features a networked video installation, prints rendered from augmented reality, a room wallpapered in embossed textures derived from CGI techniques, gold dust that Holberton panned from the California landscape, mosquitoes cultivated from the artist’s blood, and mannequins salvaged from the American Apparel liquidation.

In total, these works and objects weave together a narrative document of the artist making sense of her life and ours within an increasingly dematerialized landscape. As the title Still Life suggests, this exhibition considers the relationship between stillness and life, inanimate and animate, in today’s image inundated world. 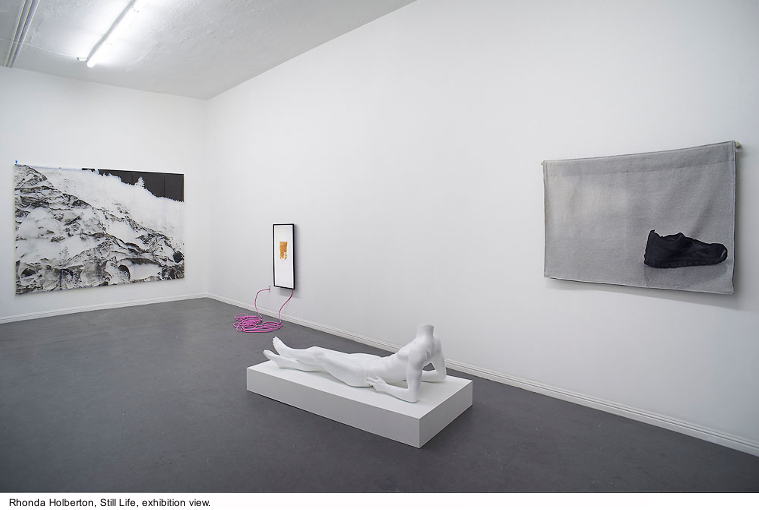 While the commissioned still life painting was once a rarified symbol of status, this slow tradition now continues in streams of multiplicity. Holberton reflects upon the smart-phoned classes compulsively and carefully arranging, digitally displaying, and sharing their personal ephemera at incredible speed with both still images (Just This One Thing) and animations (The Drone is not Distracted by the Perfume of Flowers).

Yet instead of photographs of her own mundane belongings, Holberton presents 3D scans carefully knitted together within a CGI programming environment. This belabored manufacture produces a new form of “objet” that is nearly physical yet entirely artificial. Further skewing the real and unreal, the video installation, (/no stats the same), the artist utilizes motion capture data of her own body, and then transplants this onto a 3D scan of a male model.

The performance locates a queer space within the digital quantification of algorithmic skin and the computerized human choreography— an avatar’s gendered exchange of labor. Still, the importance of reality and place are evident. Holberton’s Dust to Dust are two works of the same name that explore the Californian ideology of masculine entrepreneurialism and oft predatory behaviors, which began with the Gold Rush, carry on in the Silicon Valley tech boom, and are now seen in the burgeoning cannabis industry. 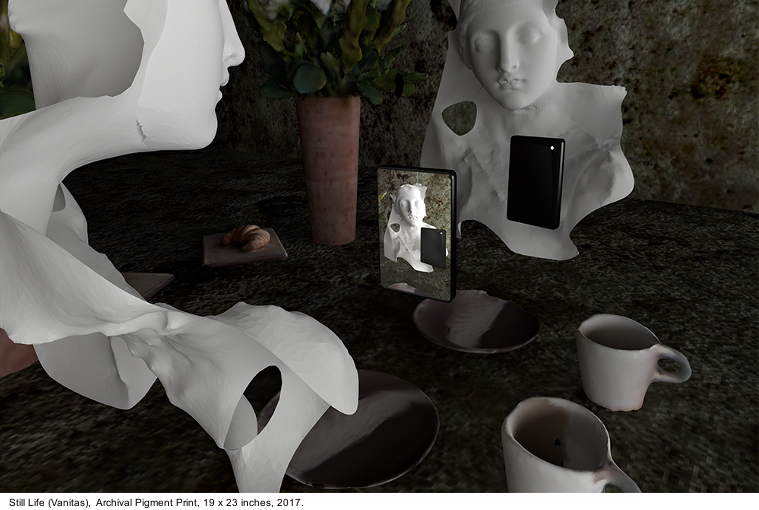 In the front gallery, a vitrine holds 5 grams of recently extracted Californian gold. In the rear gallery, a full-spectrum hydroponic grow-lamp illuminates two screens that display a live-stream of mosquitos the artist has bred in her studio. In a videotaped performance, the mosquitoes bite from Holberton’s arm, completing a necessary step for the female mosquito’s reproductive success.

Additionally, the mosquito evokes the emergence of the Zika (and the newer Chikungunya) virus associated with infertility, poverty, and climate change. The Dust to Dust works offer a reminder that while the bio-technical divide grows ever more transparent, we are still very much dependent on the “six-inch layer of topsoil, and the fact that it rains.”

Holberton explains, “I wanted to insert myself into a local system that indexes a much larger system, what ecophilosophist Timothy Morton calls a hyperobject; something too large and complicated to be understood by a single human processor.” Working in sculpture, installation and photography, Rhonda Holberton  (b. 1981, Fall Church, Virginia USA) employs a hybrid of scientific and metaphysical practices to reveal a symbolic reading of empirical canons of belief. 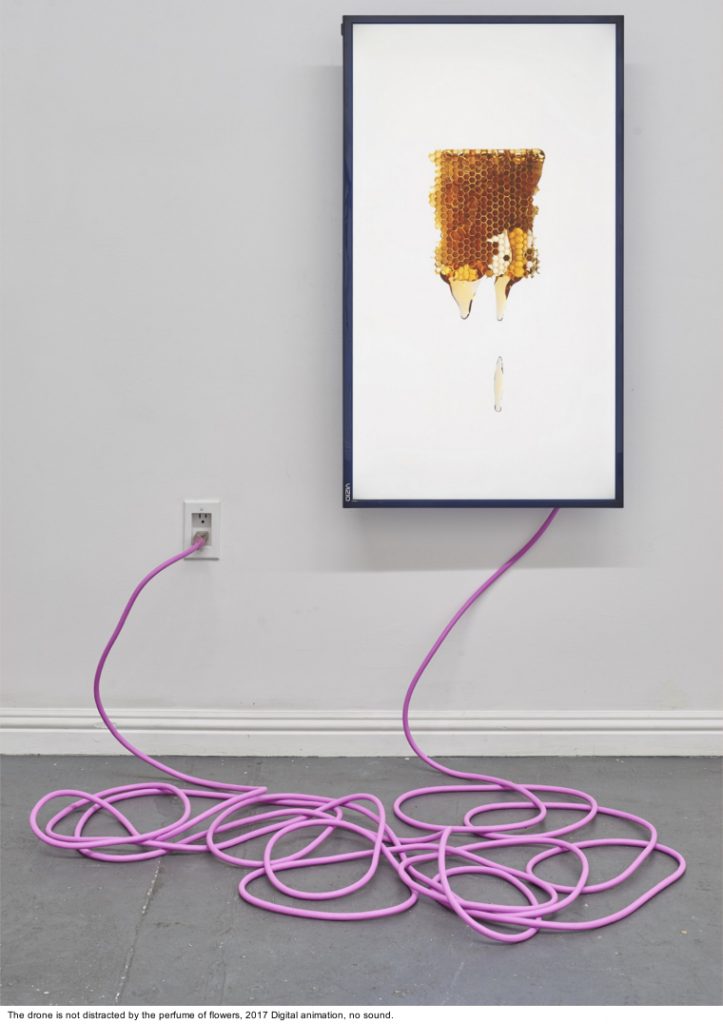 CULT | Aimee Friberg Exhibitions is an international gallery showcasing cutting-edge work by emerging and established artists who bridge formal, conceptual and process-based investigations exploring the human condition. Founded by Aimee Friberg in 2013, CULT engages viewers inside and out of the formal white space, with experiential programming including: talks, dinners, art tours and nomadic exhibitions.