“Hometown”: a new film work by Metahaven premiered in Kiev

On April 26, IZOLYATSIA premieres Hometown, a new film work by Dutch artists Metahaven presented in the form of an immersive installation. Filmed in Beirut and Kiev, it continues the series of “truth-futurist” films by Metahaven initiated with The Sprawl (Propaganda About Propaganda) and Information Skies.

A looped 30-minute film describes a fictional city where nothing is certain, except for permanent uncertainty. Between derelict buildings, street markets, interrupted real estate projects, and slaughterhouses, two protagonists—Lera and Ghina—reveal their attachment to the hometown, having somehow internalized its contradictions.

Metahaven do not mean to overcome the genuinely disquieting uneasiness of today’s reality, neither criticize the conditions that led humanity there. Instead, they suggest embracing and exploring hometown’s environment, where everything looks familiar, yet nothing is what it is or used to be. 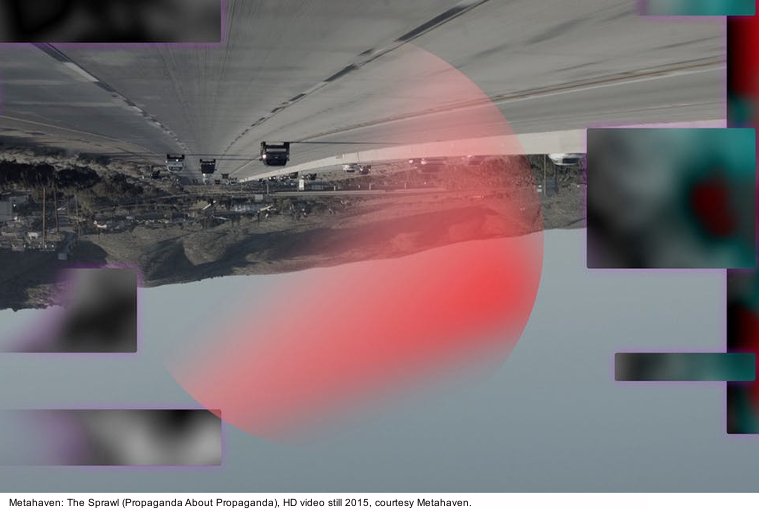 Hometown uses both script and visual treatment as a highly personal filter for the idea of living with contradictory realities. IZOLYATSIA, whose hometown—Donetsk—has been occupied by pro-Russian separatists since 2014, was forced to relocate its team to Kiev where they founded IZONE, a creative hub on the territory of old Kiev shipyards.

It was here that Metahaven shot several sequences of their film in 2017. A nomadic institution in exile, IZOLYATSIA has produced a plethora of art projects focusing on speculative scenarios of survival in the current turbulent reality of propaganda and post-truth. Constantly questioning the very notion of hometown, IZOLYATSIA is now proud to premiere the film by Metahaven in Kiev, having supported its production in Ukraine.

The film is commissioned and produced by the Sharjah Art Foundation for Sharjah Biennial 13 Tamawuj, 2017 with additional production by Het Nieuwe Instituut, Rotterdam. Founded by Vinca Kruk and Daniel van der Velden, Metahaven works across art, filmmaking, and graphic design. 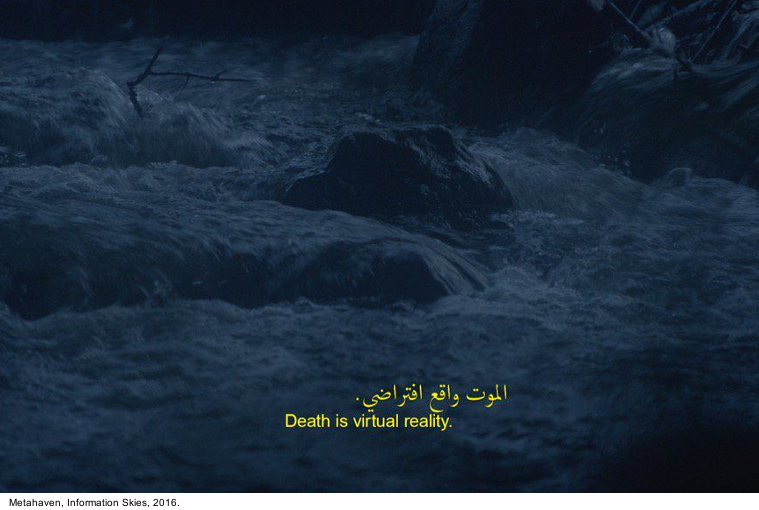 Music videos by Metahaven include Home (2014), and Interference (2015), both for musician, composer and artist Holly Herndon. In 2015 and 2016, Metahaven created its first long documentary, The Sprawl (Propaganda about Propaganda). Its fictional sequel, a short film titled Information Skies, was shot and edited in 2016, and nominated for the European Film Awards in 2017.

IZOLYATSIA is a cultural platform founded in Donetsk in 2010 and relocated to Kiev in June 2014 after the military occupation of its premises. The foundation’s mission is to inspire positive change by using culture as an instrument in art, research, and projects geared at activating Ukraine’s creative sector. 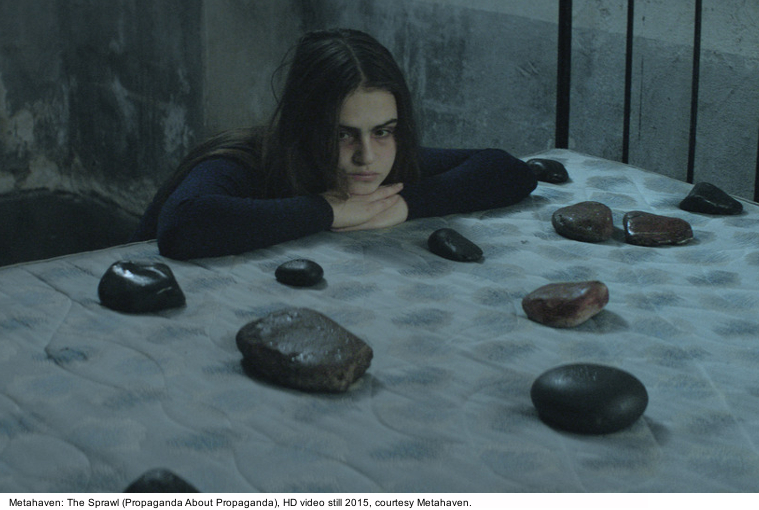 IZOLYATSIA has carried out over 50 international projects, supporting socially responsive artists and creative producers in Kiev, throughout Ukraine, and worldwide, as well as serving as a resource for international curators, scholars, artists and ambassadors.