White Cube is pleased to present 6 x 6 An Improvisation by Larry Bell, an off-site project organized to coincide with Art Basel Miami Beach. For this exhibition, Bell has installed a major Standing Wall sculpture, previously exhibited at the Chinati Foundation in Marfa, Texas (2014-15).

6 x 6 An Improvisation comprises 36 individual glass panels. Responding intuitively to the dynamics of the space, Bell, in the process of arranging the glass panels, allows the particular conditions of natural light at different times of the day to transform the installation. One of the leading exponents of California’s “Light and Space” movement, Bell has consistently focused on the properties of light and its interface with surface throughout his 50-year career.

His earliest works from the 1960s, paintings on shaped canvases, corresponded to the silhouette of a box drawn in isometric projection. This exploration of spatial ambiguity eventually evolved into sculptural constructions made of wood and glass, and then glass cubes and standing glass-panel wall sculptures, for which he has now become well known. 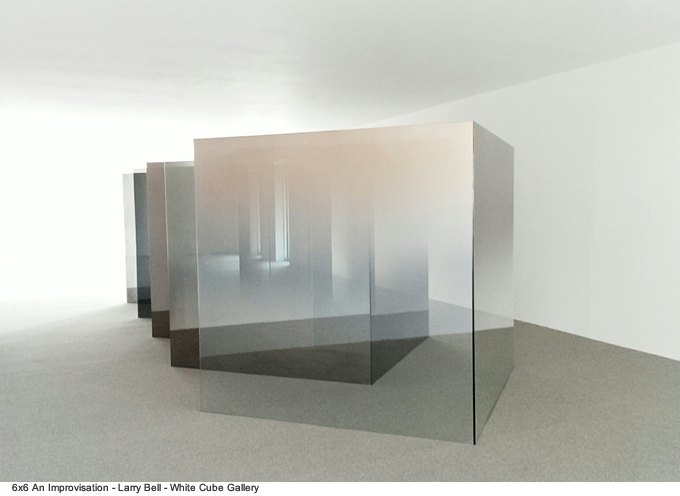 From 1963 onward, Bell began exploring the passing of light through his sculptures, deploying a technique of vacuum deposition whereby thin films were added to the clear glass panels. The resulting glass cubes, presented on transparent pedestals, offered the viewer the essence of captured light, challenging notions of mass, volume and gravity in one single measure.

Bell continues to employ glass in his work, harnessing in particular the material’s special properties of transmitting, absorbing and reflecting light. He has said: “Although we tend to think of glass as a window, it is a solid liquid that has at once three distinctive qualities: it reflects light, it absorbs light, and it transmits light all at the same time.”

In 6 x 6 An Improvisation, Bell combines three types of glass: grey, clear and partially coated panels that have been treated with a thermal evaporation process, depositing a thin layer of nickel-chrome on their surface. Architectural in form and reference, the panels function as mirrors, windows and doors. 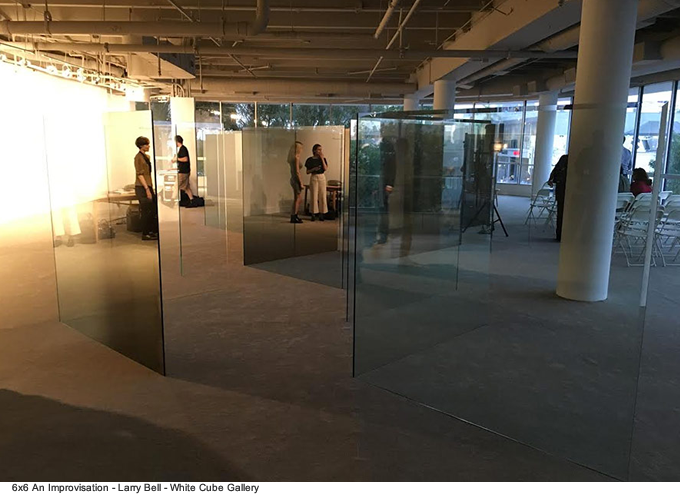 Bell describes his Standing Walls as “improvisational,” since not only do they change with varying light but incorporate a degree of experimentation in their final forms, as the technical process of their making allows for many possibilities and permutations. Highly dramatic and visually complex, 6 x 6 An Improvisation creates a sequence of layered reflections and shapes, converging hues and densities, while maintaining the illusion of volume.

Commenting on the series, Bell says: “In some cases, it’s highly reflective where the glass parts come together; in others, it is highly reflective where the glass touches the floor, and so on. And I like the idea of being able to just combine these things so they’d stand up, since the parts were all the same size. The balance is in the weight of their own vertical thrust, and they are anchored to the floor and bound together with glue. So they hold each other up, and I could change it any way I want.”

Recent installations of the Standing Wall sculptures, in addition to the Chinati Foundation installation (2014–15), include 6 x 8 An Improvisation at White Cube Mason’s Yard, London (2015). Bell’s work will also be included in a group show, LAX-MIA: Light + Space, at the Surf Club, Surfside, Miami, from December 1–12, 2015. 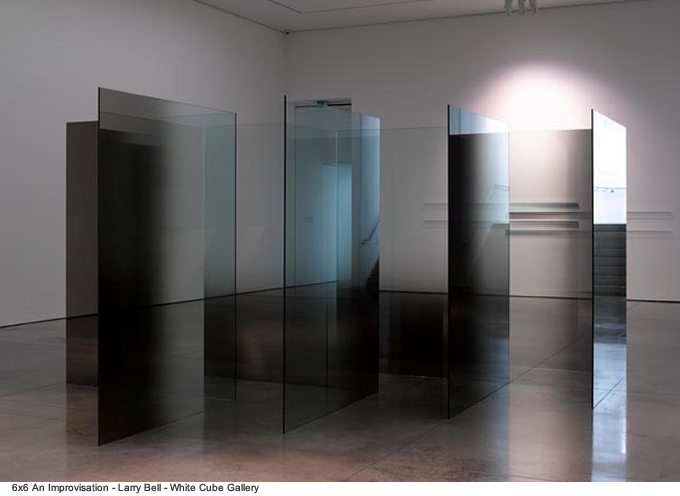