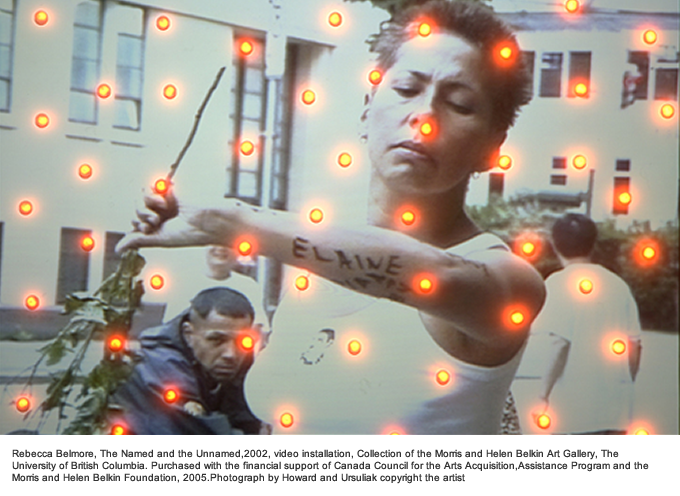 A familiar exhibition platform for artists working in the media art field is the international art and technology festival circuit. It is a healthy scene, with regular events such as Transmediale (Germany), Ars Electronica (Austria), ISEA (various locations), 01SJ (USA) and arte.mov (Brazil) showcasing the latest work by artists from across the world. These events show both emerging and established artists and provide context and discussion through related conferences and workshops. However, for many artists in the field, there are limited opportunities for exhibiting outside of these contexts.

The issue of how to reach audiences remains constant for media artists and especially reaching audiences who are outside of the media art circuit. The contemporary art world has been slow to embrace media art, even though there is a now a shift towards more media art in galleries and museums. And more recently media art has been making its way into major festivals and biennials such as the Venice and Sydney Biennales.

An unexpected new avenue for exhibiting and discussing media art is via an increasing embrace of new media by international film festivals. Whilst these festivals are traditionally forums for filmmakers, there are some that are innovating in their approach to cinema and especially in relation to new media. 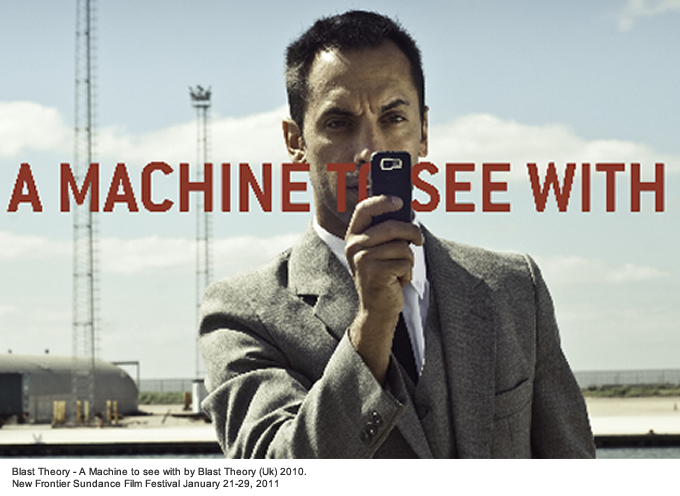 A few festivals, such as the well-known Sundance Film Festival (held annually in January) are taking a new approach to what cinema might be in the digital age. The New Frontier programme is a strand especially devoted to exploring the limits of traditional aesthetics and the narrative structures of filmmaking. Sundance (Park City, USA) is quite unique amongst film festivals in that it is interested in going beyond the boundaries of filmmaking and New Frontier is specially devoted to showcasing artists working with media installations, multimedia performance and transmedia experiences.

New Frontier has now been running for five years and is curated by Shari Frilot, who says about the programme: “Today’s media environment assumes three-dimensional realities in time and space. Mobile networks, electronic gadgets, wireless internet, and surveillance technologies now encrust our bodies, creating an electroskeleton that structures our modern lives, affecting our ethics and our decision making. As this evolution intensifies, New Frontier at Sundance explores how storytelling and independent cinematic expression can exist at this forefront to compel audiences to engage with one another in ways that fortify our humanity.”

All housed in one venue, the Old Miners Hospital, New Frontier is fundamentally an exhibition of installation works that incorporate film, interactivity, internet, mobile, multimedia and performance. It is not a thematic exhibition, rather it seeks to explore ideas of engagement and participation and ways in which narrative and story telling are re-configured through a range of technologies. 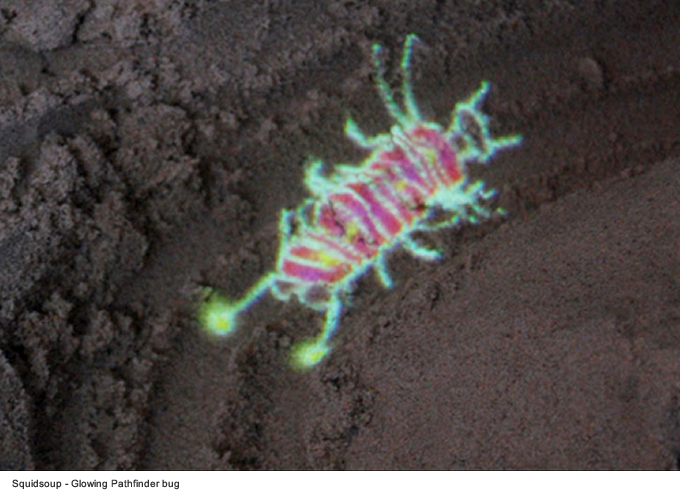 For those of us in the media art sector, this exploration or non-linearity through technology is second nature to us, but in the context of a film festival, it opens up new possibilities to think about what cinema is and how the ‘cinematic imagination’ has infected us as a dominant form over the last 50 years. It is an experiment in re-thinking the cinematic apparatus as a two-way relationship between the ‘auteur’ and the audience and exploring a more multi-dimensional engagement.

With a focus on the moving image in all its forms, the Adelaide Film Festival in South Australia is another event that bends the parameters of a traditional film festival. With the benefit of being quite a young festival (started in 2003), Director Katrina Sedgwick has embarked on a project to create intersections and dialogues across cinema, visual arts and digital media.

Similarly to Sundance, Adelaide Film Festival works with curators to develop an exhibition programme featuring new media artists who are working with moving image in a predominantly interactive and digital context. Whilst film itself is now a predominantly digital medium, the inclusion of media art works alongside linear filmmaking aims to think about how the moving image might engage audiences in other ways than sitting in a darkened cinema space and staring at a screen.

A key driver for the Adelaide Film Festival is to “animate the multiple screens in our lives”. It strongly acknowledges that the cinematic experience is no longer confined to the ‘big-screen’ but that experience is now dispersed across a range of screens – large and small. And as an audience, we can choose to engage with cinema through online or mobile devices whenever and wherever we are. 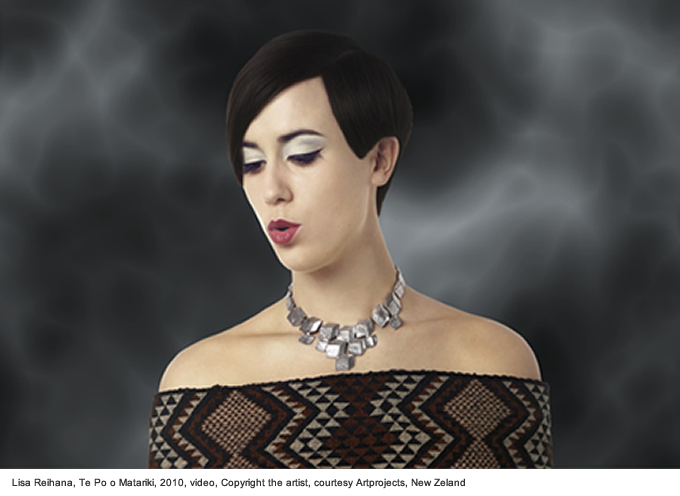 Another feature of the Adelaide Film Festival is an active support for multi-media creative development and production. In 2011 it is staging a 5-day residential laboratory called The Hive, which brings together practitioners from film, theatre, new media and visual arts to investigate intersections across these forms and what new ‘conversations’ might arise from this cross-fertilisation. ‘The Hive’ is being facilitated by San Francisco based Wendy Levy, who is a long term advocate of the new media/film interface and is Director of Creative Programming at Bay Area Video Coalition (who run a regular lab for creative teams to develop multi-platform documentary projects).

These types of residential labs have been vital for the development of the new media sector over the last 10-15 years and organisations such as Banff New Media Institute in Canada, Australian Network for Art and Technology in Australia and Eyebeam in New York have been instrumental in supporting the development of new media arts practice. And now the film world is set to make an impact on how new media arts might develop in the next decade. It is an opportunity not only for practitioners to re-think how to engage with the screen and with audiences but also for institutions and organisations to think differently about collaboration and partnerships. 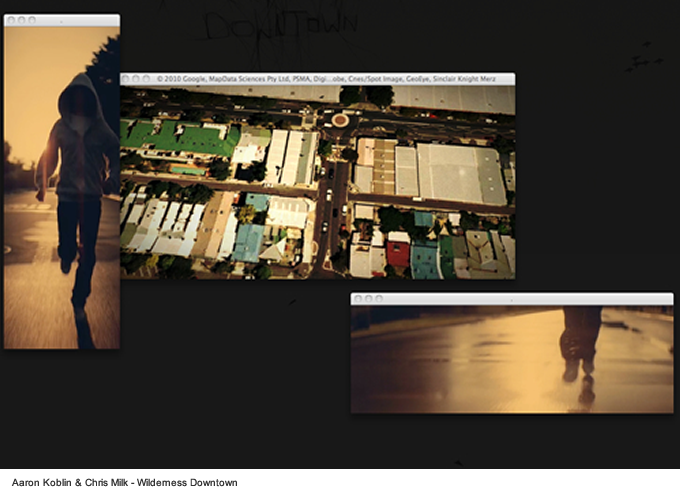 One of the most important outcomes of this new media/film alliance is not only the continued exploration of technologies, but also an investigation of how this interdisciplinary approach enables a critical exploration of social relationships, society, politics and contemporary life. Film festivals bring new audiences to new media practice and increased collaboration between the new media and cinema worlds can only benefit by a richer engagement with audiences who are willing to participate, explore and be part of this multi dimensional conversation.