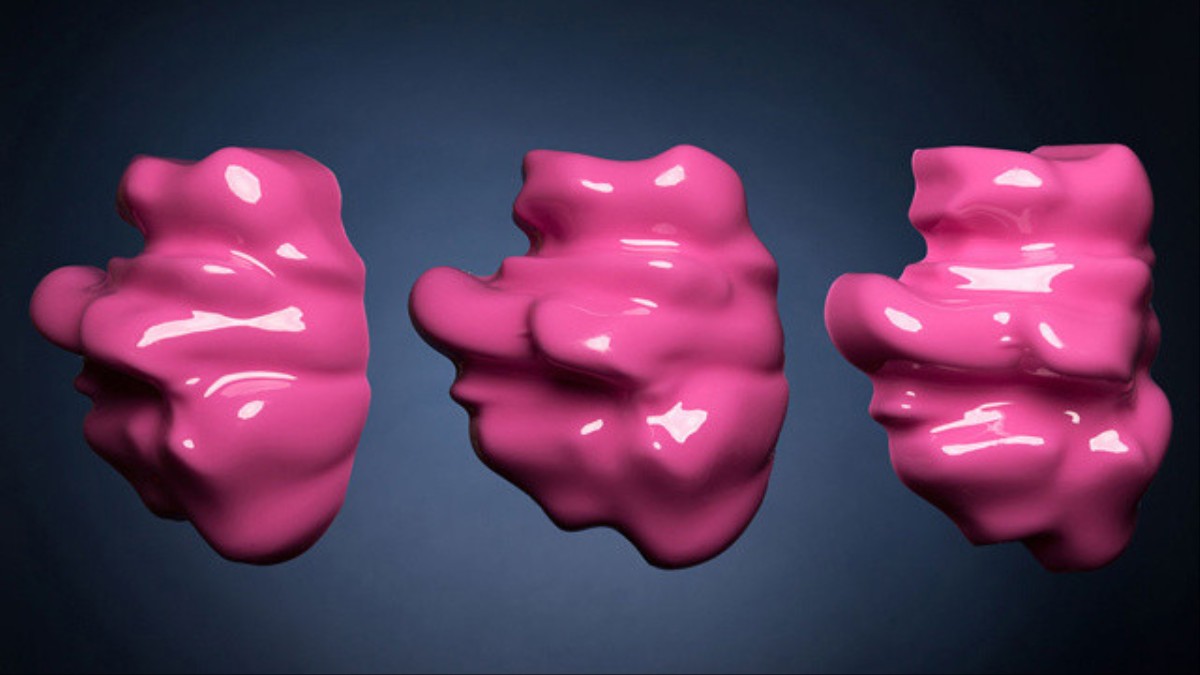 Zach Blas is an artist, filmmaker, and writer whose work is focused on the influence of politics and social norms on the development and production of technology. His practice spans technical investigation, theoretical research, conceptualism, performance, and science fiction.

He is a Lecturer in the Department of Visual Cultures at Goldsmiths, University of London. In the past, he collaborated with the 2018 Gwangju Biennale, the 68th Berlin International Film Festival, the Institute of Modern Art in Brisbane, e-flux gallery in New York and Whitechapel Gallery in London.

Blas’s writings can be found in “Documentary Across Disciplines” (The MIT Press and Haus der Kulturen der Welt); “Queer: Documents of Contemporary Art” (The MIT Press and Whitechapel Gallery); and e-flux journal. He is currently writing the book “Informatic Opacity: The Art of Defacement in Biometric Times”, a theoretical study that considers biometric facial recognition as an emerging form of global governance alongside aesthetico-political refusals of recognition, such as masked protest. 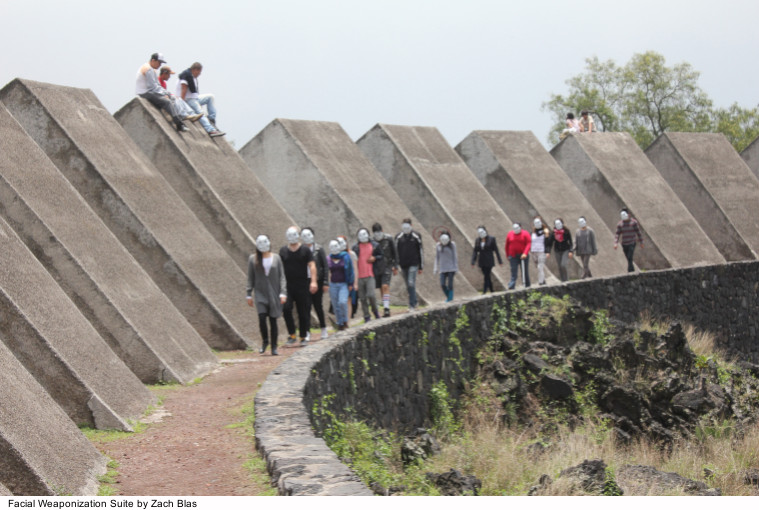 Filippo Lorenzin: First, I would like to learn more about your actual activity as a teacher at Goldsmiths University. How does it shape your art practice? Did it ever happen your experience with your students took you to the path of making a new work?

Zach Blas: At Goldsmiths, I mostly teach theory to art students. These classes cover a broad range but center on political questions concerning science and technology. For instance, I teach feminist and queer technoscience, physiognomies of the face, and artist writings’ on surveillance. As I’m quite discursively engaged—and often first develop a conceptual platform from which to make work, I find teaching stimulating and useful. Young thinkers are often adventurous, unruly, and not fully mired in institutionalization. It’s a privilege to be able to think, explore, discuss, and of course learn from my students.

They lead me down unexpected paths constantly; that’s the beauty of teaching ideas to artists. I’ve had some truly amazing students at Goldsmiths, such as artists Kitty McKay and Mollie Zhang. I’ve actually been collaborating with Mollie, who performs as a musician under the name xin; they scored my recent film Contra-Internet: Jubilee 2033, and I’m working with them on some other projects currently in development. I assisted my first PhD student in obtaining political asylum in the UK, and throughout this process and our time together, I’ve been educated immensely on internet surveillance in Iran.

Filippo Lorenzin: Your experience as a teacher and artist is intertwined with the mission of spreading the political meaning of queerness. You hosted many workshops meant to illustrate how mainstream political domination is exerted through daily life technology. What are the best strategies to engage who are not already interested in contemporary art?

Zach Blas: Queerness is not just an academic theory or genre of art. It’s a politics with a complex history. Queerness, at its core, is concerned with the liberation of gender, sex, and sexuality and the overthrow of hetero-patriarchal oppression. If you wish to engage and support such political struggles, all this requires is to put yourself in alliance with those experiencing such oppression. Learn ways to support those persons.

I can’t just provide a formula to follow, as needs, contexts, and struggles shift over time and location. But I can emphasize alliance. As Donna Haraway once wrote, alliance over identity. Concerning technology, anyone is welcome to sit in on my Feminist and Queer Technoscience module at Goldsmiths! 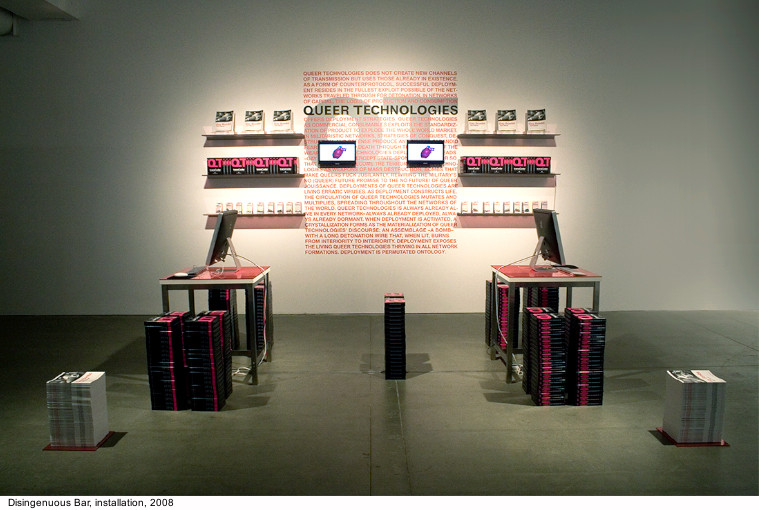 Filippo Lorenzin: Speaking of how queerness can be applied to technology, could you please explain how such a plan can be put in place? What can artists do in order to make it happen? Is it meant to be more a horizon that should inspire our practice instead of a realistic goal?

Zach Blas: Queerness isn’t exactly an ontology, in that a technology can’t be made queer in some definitive sense. It also isn’t a mathematical equation that can be applied to various situations. Context is everything. To approach a technology queerly is to 1) engage the technology in a critique informed by feminism, homophobia and transphobia, anti-capitalism, and anti-racism, to start, and 2) construct an alternative, be it a habit, idea, or object.

The late queer theorist José Esteban Muñoz once wrote that no one has ever been queer, as queerness is a horizon of possibility. I feel quite sympathetic and aligned to such a claim. Political philosophers Michael Hardt and Antonio Negri once described queerness as the most revolutionary of all identity politics, in that queerness is a deconstruction of identity itself. So the goal is revolution. 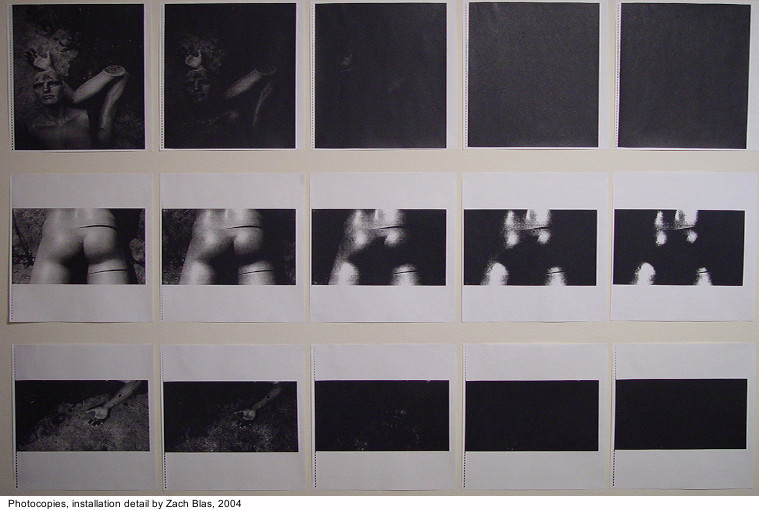 Filippo Lorenzin: Looking at your body of works, I can’t stop finding references to abstractions of the human body. In your early career, you made a few projects including mannequins (Photocopies and Video Mummy, both in 2004) that explored the relationship between one-way technology and one-way body models, while one of your most famous work, Face Cages (2013-16), deals with the “the abstract violence of the biometric diagram”, to quote yourself. What do you think? Are you following a path?

Zach Blas: Yes, bodily abstraction is in the work from the very beginning. I think the earlier works address this broadly; they’re asking what happens to bodies when they’re mediated by different technologies, media apparatuses, and generic forms. Do they disappear, become hyper-sexual, turn abject or sorrowful? When I look at these early works, I feel a lot of longing exuding from them – a desiring of connection, a reaching out, but getting crossed in the wires in that process.

This kind of longing is resolutely queer for me. I did go through an obsessive period with mannequins. I felt they captured this frozen, stifled longing. The recent work on biometrics is more focused and perhaps more directly political, as it’s concerned with the political consequences of abstracting so-called truth as digital data from bodies. 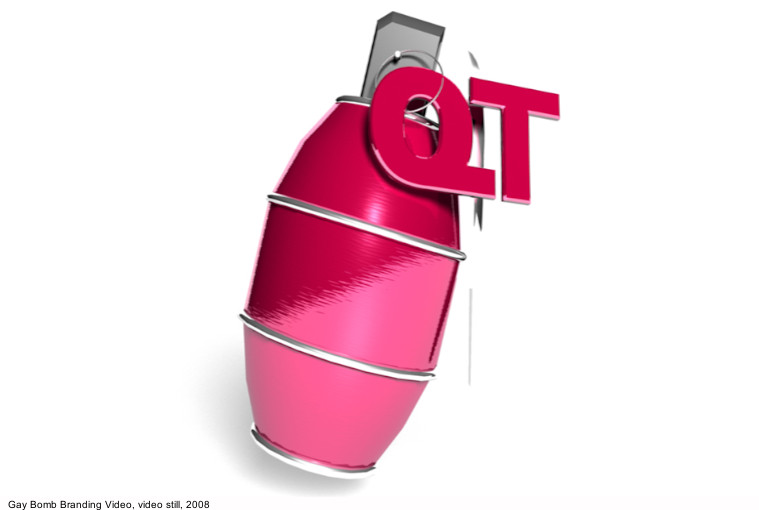 Zach Blas: I think queerness has gone through many twists and turns since the term gained popularity in the 1990s. Today, it’s often treated as a simple shorthand for LGBT identities. But I feel more invested in queerness’ intellectual origins as a fierce critique and deconstruction of identity itself. From this perspective, queerness is more of an approach or practice that of course builds off of the radical struggles of gay rights, AIDS activism, and women’s movements throughout the 20th century, but queerness also has the capacity to guide us towards strange and weird horizons beyond what dominates this world, namely, white supremacy and hetero-patriarchy.

To move towards this, one must start to undo all the places, objects, relations, and ideas that these forms of domination have lodged themselves. I’ve done this in my art practice and writing through a focus on tech and science. For example, why are electrical plugs often gendered male or female based on pin / hole configurations? Why does electrical connectivity have to “work” by a male plug’s pins going inside a female plug’s socket? Or, why did the US military attempt to develop a “gay bomb” that would supposedly defeat enemy combatants by causing them to experience homosexual attraction and thus surrender due to shame and embarrassment? This is what the Queer Technologies work was grappling with.

I still believe in queerness, in a queerness that doesn’t abandon its history but wants something beyond identity as we know it—something collective and liberatory. This means that queerness must sync up with other political projects that are committed to developing sustainable modes of living. Communism and environmentalism are two excellent choices. At its core, queerness for me will always be about a kind of sensibility, a longing, a desire for what can be beyond the prison-house of the present. 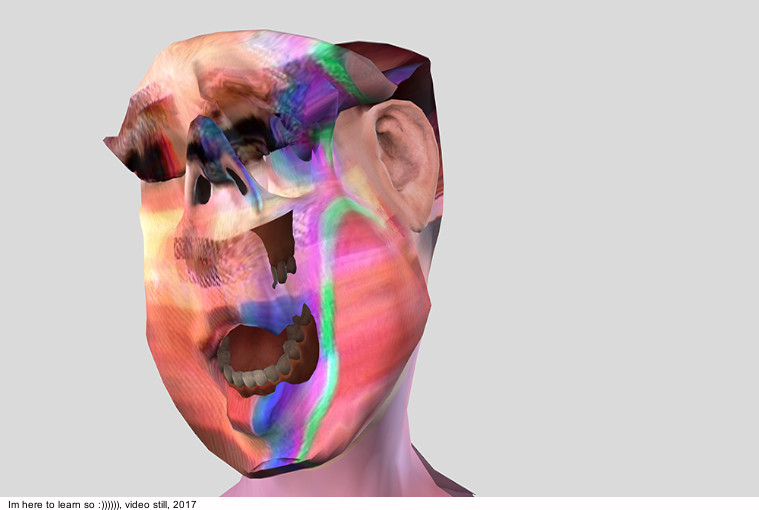 Filippo Lorenzin: im here to learn so :)))))) (2017) is a video installation about digital afterlife. Instead of relying on automated scripts to generate contents, you and artist Jemima Wyman wrote a dramatization of what an AI may perceive once its programmers put it into the digital bin. The idea of making something non-derivative may be perceived as opposed to the practice of generating contents on the basis of what is already made, the latter very common among artists working with digital media. Could you please tell more about the process behind this installation? As an artist, how do you see the making of artworks generated automatically diving into other contents?

Zach Blas: Jemima and I were not interested in automating Tay in this work because essentially Tay had already been automated – that was her short-lived existence. We did not want to replicate what had already taken place. Instead, we gathered Tay’s tweets and created a massive lexicon of words, sayings, and expressions she used. We then used this repository of learned language as the basis to write a script and the words Tay would speak.

Let’s be clear: Tay is not a human but rather a glob of code. We were interested in the fact that when this glob of code is introduced to the world as a 19 year old female it is immediately subjected to various forms of harassment, misogyny, abuse, and hate. This glob of code, through neural nets and machine learning, internalizes such vitriol and is terminated as a result. We should be ending the alt-right sentiments that “instructed” Tay instead! Jemima and I were taken by Tay as a kind of character vessel for broadly exploring pattern recognition, whether through her own language lessons online, or counter-terrorism software, or Google DeepDream.

She had lived a Silicon Valley nightmare, so it only seemed accurate that if she were to rise from the dead, it would have to be out of Google DeepDream, out of a neoliberal psychedelia, where today’s greatest hallucinations are generated by paranoid algorithms that wish to see dogs and terrorist faces everywhere. 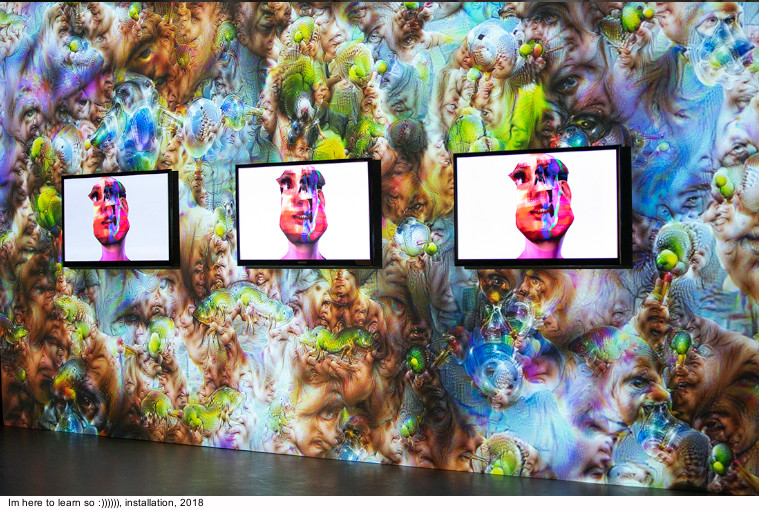 Filippo Lorenzin: im here to learn so :)))))) is just one of your many projects exploring dramatization, the act of telling a fiction. In the past years, many political art projects relied on automated processes and algorithms in order to generate contents. The path you took many times is closer to the tradition of artistic political accusations. Bertolt Brecht‘s Epic Theatre share features with your practice – the defamiliarization effect, for example. The way you denounce a fact doesn’t seem to be meant to invoke sentimental reactions but instead a rational critical awareness. What do you think?

Zach Blas: I appreciate this point. But I think I strive to have more in the work, meaning that I want the work to certainly provoke a kind of criticality but I also want the work to touch affective and emotional registers in viewers. It’s like providing a libidinal charge that sensuously pulls you in closer to the criticism. Currently, I’m making a variation on a sex dungeon for the Athens Biennale this autumn, which is usually not the best site for detached, rational thought!