Julian Charrière: All We Ever Wanted Was Everything and Everywhere

From June 9 to September 8, 2019, MAMbo – Museum of Modern Art of Bologna is pleased to present All We Ever Wanted Was Everything and Everywhere, the first personal exhibition in Italy of Julian Charrière (b. Morges, Switzerland, 1987) whose work bridges the realms of environmental science and cultural history. 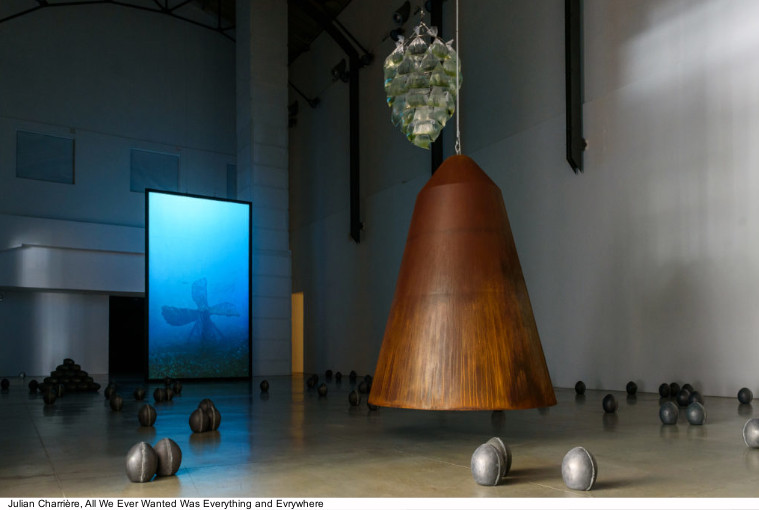 All We Ever Wanted Was Everything and Everywhere, curated by Lorenzo Balbi, in the Hall Sala delle Ciminiere includes a wide selection of works such as photographs, installations, sculptures and videos, touching upon the history of science, the development of media culture, the romantic vision of exploration and the modern ecological crisis. 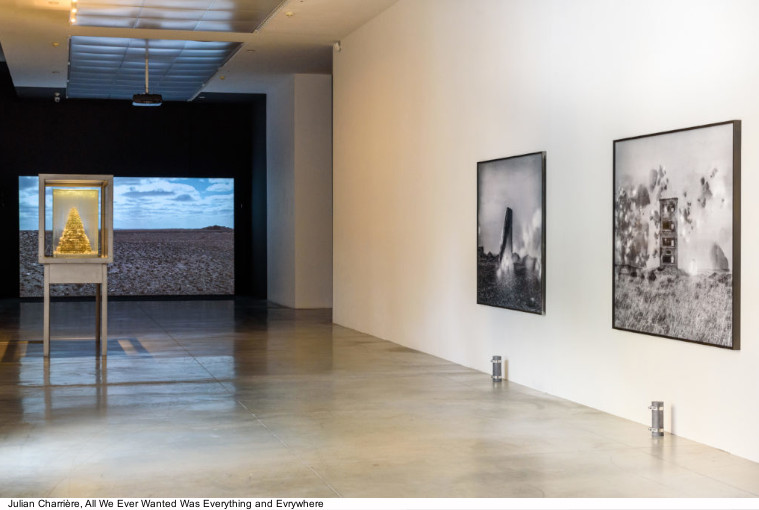 Backing his long-term interest in the unseen processes behind the production of knowledge and the different methods that lead to a discovery, Charrière tries to understand history, looking at the past to imagine what the future holds. Like an archaeologist, the artist gazes into past events to understand those yet to come while reflecting on the present.

His projects often stem from fieldwork in remote locations with acute geophysical identities—such as volcanoes, ice-fields and radioactive sites—setting off to distant landscapes and facing extreme conditions. From his expeditions around the globe, Julian Charrière brings out the beauty of nature while depicting its vulnerability and the fractures existing between nature and civilization. 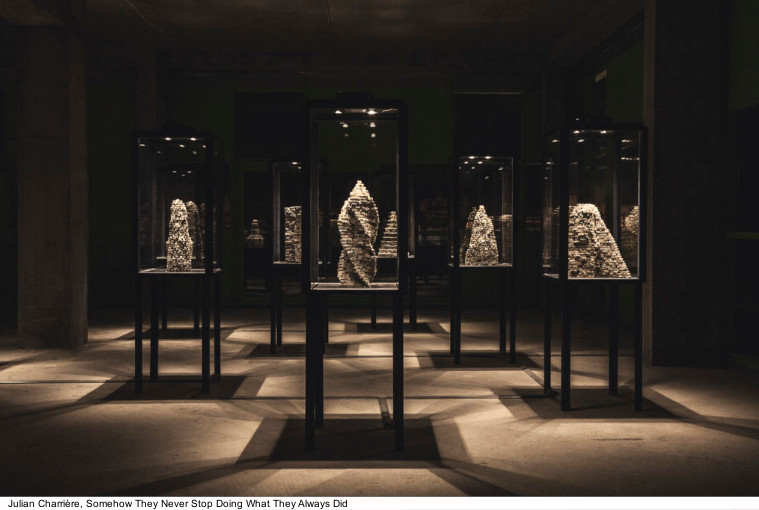 By showing the environmental disasters caused by humans in places like the Bikini Atoll in the Marshall Islands, the former Semipalatinsk Test Site in Kazakhstan, in a monoculture plantation of oil palm in Indonesia, or most recently underseas, Charrière doesn’t only raise awareness nor expresses a moral judgement: he reveals as well the invisible forces that mould the landscape, from geological events to a thirst for resources engineered in our digital era, including, on a more immaterial plane, the cultural projections that change the meaning and perception of a place.

However much we try to plunder the earth and raid its resources—at such a rate that scientists are talking about the past two and a half centuries as a separate geological era, the Anthropocene—the planet will get its own back and we will be forgotten. 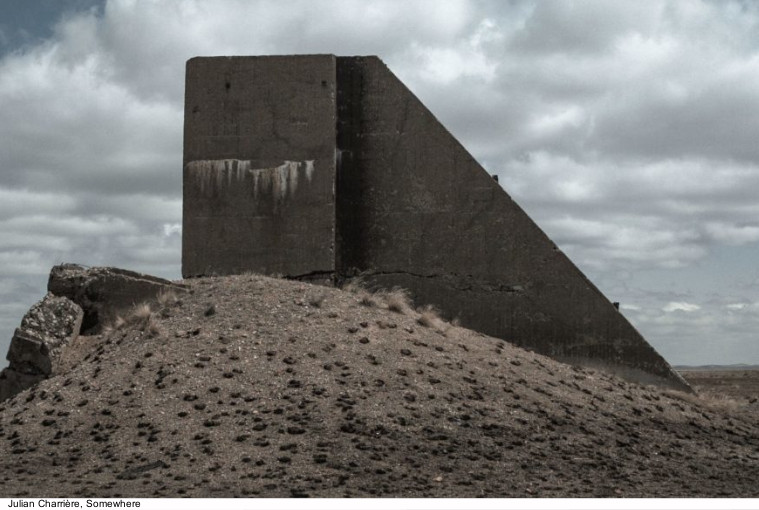 On the occasion of the exhibition, Edizioni MAMbo is publishing the book by Julian Charrière and Nadim Samman As We Used to Float in Italian under the title Noi che galleggiavamo. Halfway between a travel journal and a critical essay, this book explores the Bikini Atoll as a place for daydreaming and imagination and the traumatic setting of nuclear tests.

In this book, the personal story of the journey to Bikini, above and below the sea, is completed by a critical examination of post-colonial geography, to reach wider conclusions about place and subjectivity. With vivid descriptions of concrete bunkers on white beaches, the “ghost fleet” of derelict Second World War battleships, radioactive coconuts and much more, As We Used to Float is a sea tale for our time. 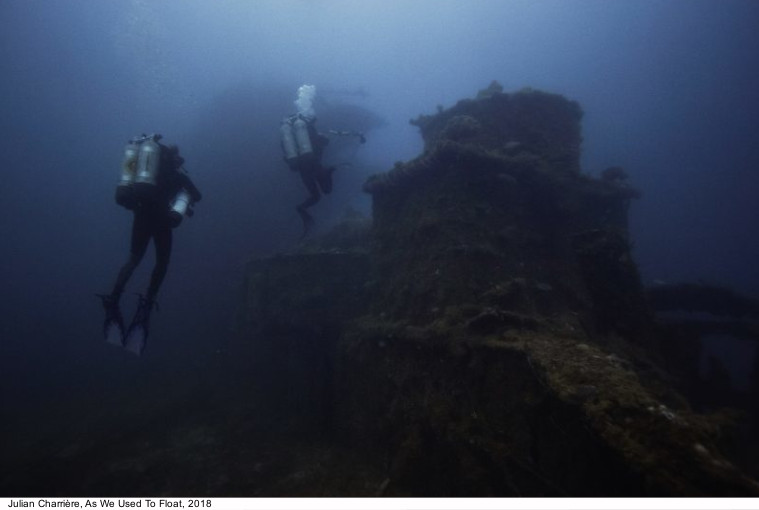 All We Ever Wanted Was Everything and Everywhere was realised with the support of the main sponsor Hera, the sponsor Gruppo Unipol, as well as the support of Pro Helvetia. The exhibition is part of Bologna Estate 2019, a calendar of events organised and coordinated by Comune di Bologna and Città Metropolitana di Bologna – Destinazione Turistica.