The psychoacoustic properties of sound: an interview with Jonáš Gruska

Jonáš Gruska is an artist exploring the many facets of sound, he even creates the media through which he records. He studied at The Institute of Sonology in The Hague and at the Music Academy in Krakow. In his sonic work, he focuses on chaotic rhythms and the exploration of psychoacoustic properties of sound and field recording.

He has created several site-specific sound installations based on resonant properties of spaces and materials and has given workshops on sonification, field recording, printed circuit board design and programming for artists. He runs his own imprint called LOM and is based in Bratislava, Slovakia. Jonáš Gruska is part of SHAPE – platform for innovative music and audiovisual art.

Here, we premiere his latest album Vlakom (By Train in English), a collection of raw electromagnetic field recordings captured during a train ride between Bratislava and Prague. 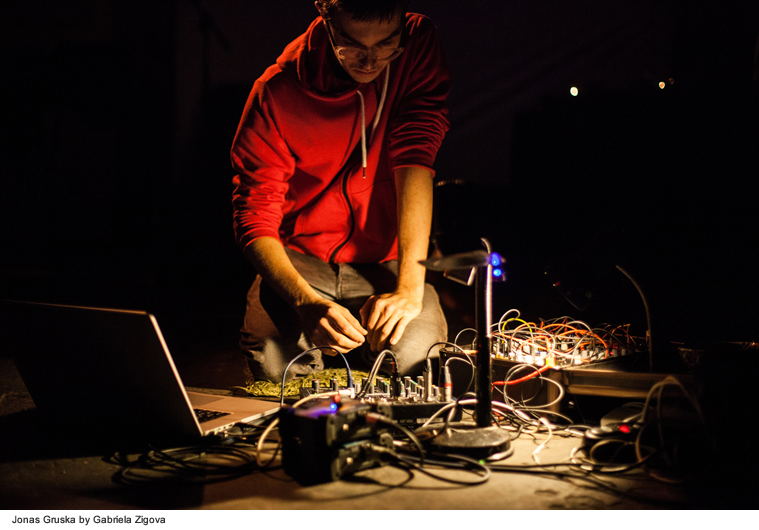 Lucia Udvardyova: In 1948, Pierre Schaeffer recorded “Étude aux chemins de fer”, part of his pioneering body of work where he utilised the sounds of trains running on rail tracks. These sounds were then used as “ready-made” compositional tools. Your approach is different, more liminal. Can you talk about the concept of your new record Vlakom?

Jonáš Gruska: Trains are amazing. I used to live very close to a train station during my childhood in Bratislava, and my mother would take me to see the trains as a treat. We drank vending machine cocoa and enjoyed the view and the sounds. This fascination never stopped. I’ve always prefered trains for travelling. There is something about electric vehicles that I find extremely pleasing and comforting (I record trolleybuses as well!). Over the last year, I did a couple of close-up recordings in acoustic domains, focusing on the details of the machine mechanics.

Since electric vehicles are surrounded by plethora of electromagnetic fields, I decided to try to record these as well. My recording trip was undertaken during a return journey from Bratislava to Prague (where I was, coincidentally, doing an electromagnetic listening workshop). The resulting sounds were so mesmerizing that I decided to make an album out of it. 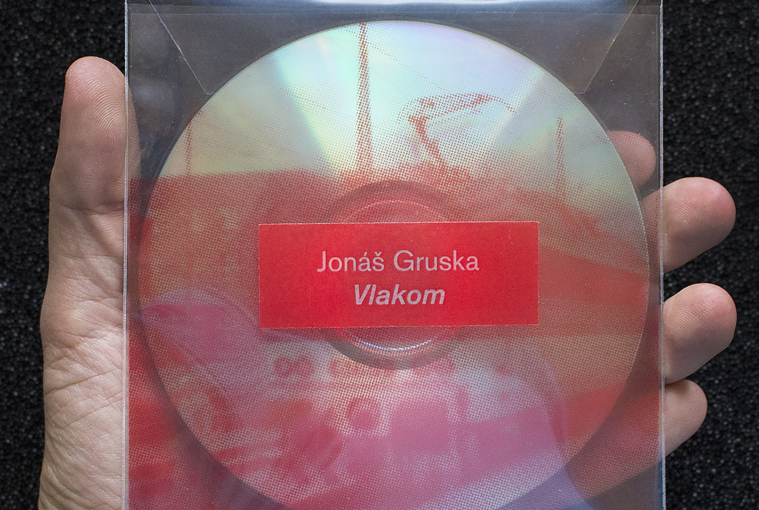 Lucia Udvardyova: The main tool of creation on Vlakom is Elektrosluch, a small gadget which you created. Elektrosluch captures electromagnetic waves and sonifies them. Can you talk about Elektrosluch and how you used it on Vlakom?

Elektrosluch is a concept of a device with a goal of doing this process in a relatively “hi-fi” and stereophonic fashion. At the moment, there are 3 different versions in the world (altogether around 400 units), with a few more new ones being prepared over at LOM instruments. I’ve also written a tutorial about DIYing your own Elektrosluch for “Make” magazine.

Lucia Udvardyova: The train becomes a sonified body, an aural beast that screeches, hisses and breathes. Does the train become an anthropomorphic creature here (the higher frequencies acting as dark forces harming the human ear)? What is its role?

Jonáš Gruska: I hear the train as a very complex organism. Not exactly a humanoid nor an animal, it’s rather a special type of beast with many neuro-digital veins and paths, sucking off the energy with its antennas. And I believe you can really hear that on the recording. All the various rhythmic patterns, high frequency songs and deep humming drones. I tried to capture all of it, the whole experience – wandering around its innards and listening. 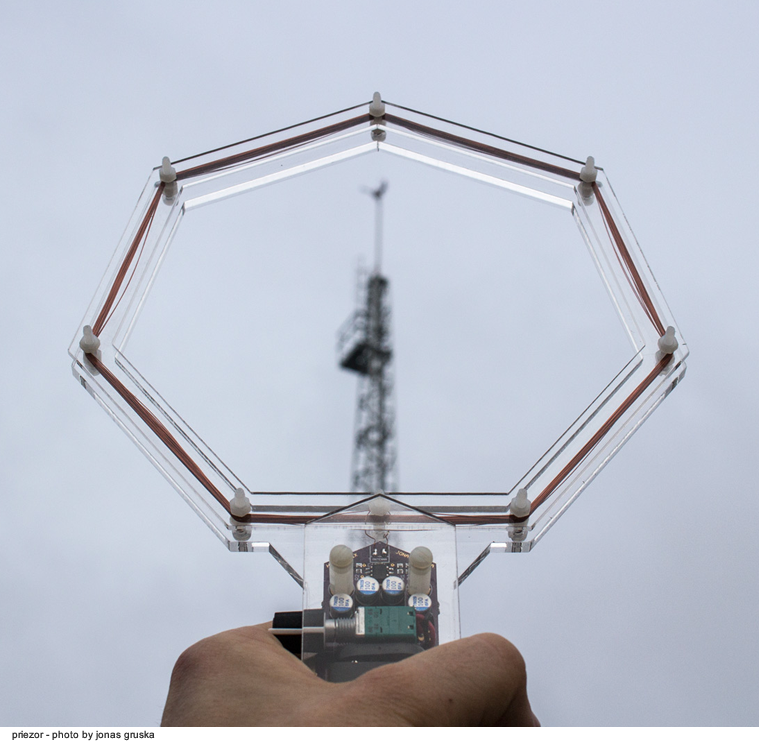 Lucia Udvardyova: You are an avid field recordist and your field recordings tend to be conceptual. You recorded the sounds of Bratislava bridges, etc. Can you talk about your approach to this area of sound art?

Jonáš Gruska: I am a sound-enthusiast in general, and field recording is a natural part of that. Found sounds can be extremely inspiring – by their timbre, sonic quality, compositional value – all that within a context of the origin and place. I record for various reasons – mediation, analysis, recontextualization, documentation, unique sonic quality. The ideal state is when more of these aspects cross each other at the same time. That is usually the material I publish – something that the world should hear.

Lucia Udvardyova: You create your own tools (gadgets, microphones). Is this self-sufficient, “in control” approach important to you? How do such gadgets come to life? Does it come from your personal need for a specific tool as an artist?

Jonáš Gruska: I tend to get a bit carried away by technology sometimes. The engineer in me just loves to experiment and try out new things. This becomes a great inspiration for the artistic work. The deeper understanding of technical concepts can sometimes help me to explore its limits and potential, but also improve it and adjust it to my needs. But to be honest, it started out of a financial need – I wasn’t able to afford the gear I thought I needed, so I decided to improvise. 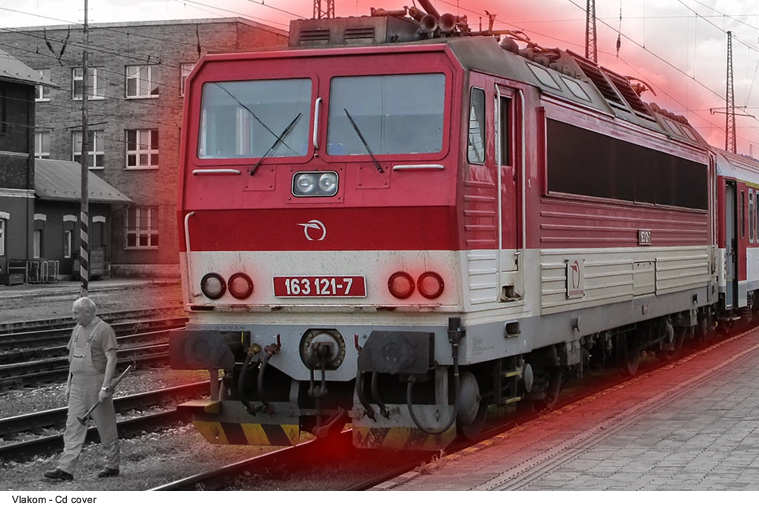 Lucia Udvardyova: What are you working on right now?

Jonáš Gruska: Many things at the same time, but mainly a new version of Elektrosluch, including one designed for extremely faint sounds named Priezor. I am inspired by the “VLF listening” phenomenon, a strange breed of amateur radio operators listening to raw, non-demodulated signals from the atmosphere. This includes lightning and other atmospheric events. I remember helping with arranging an installation by Alvin Lucier called Sferics back in The Hague – we set up a bunch of square antennas on top of James Turell’s Celestial Vault and listened to these natural airborne electromagnetic sounds. Haunting stuff.

The SHAPE platform for innovative music and audiovisual art is supported by the “Creative Europe” platform of the European Union.