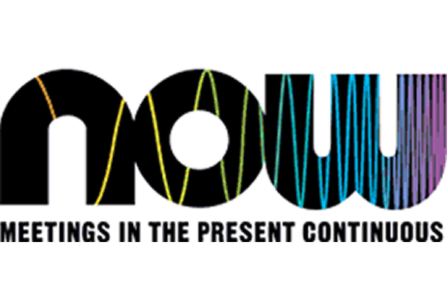 NOW turns the foyer of the CCCB into a space of knowledge, a space for coming together, a space of stimuli where the visitor is both receptor and transmitter. Installations, a reading point, lectures, sound archives and performances are the different genres and formats presented by NOW.

NOW is a working platform that will take place at the CCCB from 2006 to 2009. The project reflects on the present on the basis of the scientific, technological, artistic, social and spiritual transformations taking place at the start of the 21st century – because today it is no longer possible to explain art and culture without interiorizing scientific concepts and working with a systemic view of the world.

NOW is a process of research, creation and diffusion bringing together different local and international agents involved in promoting a change of paradigm in the information and knowledge society and in globalized cultures. In its third edition, different projects are presented to explore these spheres from the perspectives of Open Science, the Eco Factor, New Activism and Emerging Culture.

Joost Smiers explains strategies for living in a world without copyright. Peter Singer , one of the Bioethics field’s most influential writers, and Jesús Mosterín , Honorary President of Proyecto Gran Simio (the Great Ape Project) develop the concepts of speciesism and the moral consideration of animals. David Peat , a pioneer in connecting quantum physics and psychology, talks with artist  Victoria Vesna , who is interested in how scientific and technological innovation influences the perception of reality. Hubert Sauper , through his documentary Darwin’s Nightmare , not only portrays a shocking tale of brutal spoliation, but also points out the first world’s responsibility in the desolate present of Africa . Platoniq sets up a temporary office where visitors can find out about its three lines of research work and Traficantes de sueños offers a copyleft workshop for creators from different spheres.

Moreover, NOW incorporates a selection of new paradigms and invites you to formulate your own ideas on this process. What experiences, beliefs and values affect your own way of perceiving reality and how do you respond towards this perception? It also makes available to the public a selection of the bibliography on the project’s themes, to contact with the theories, challenges and actions of a culture where art, science, technology and humanities must learn to evolve in permanent harmony.

The majority of themes dealt with by this project are linked to a band of the electromagnetic spectrum : the great territory of invisible reality, already partly colonised, and at the same time, the still unexplored terra incognita .

7 p.m. A world without copyright? The abolition of copyright and a level playing field for the production and distribution of the arts Joost Smiers Presented by Daniel García Andújar

7.30 p.m. Speciesism and the moral consideration of animals