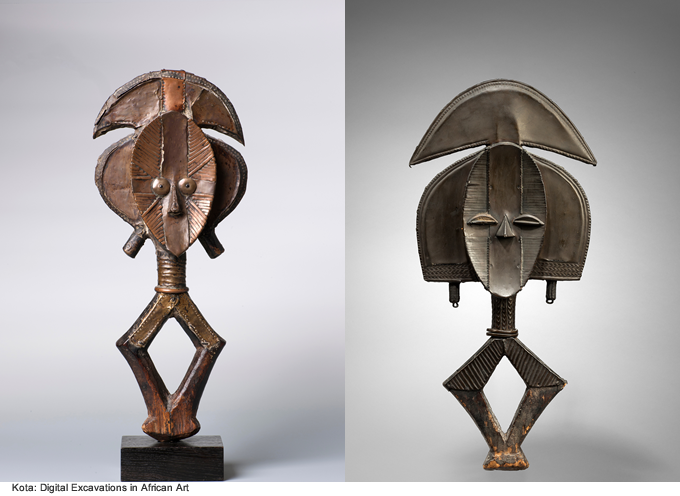 Now on view at Pulitzer Arts Foundation in St. Louis is Kota: Digital Excavations in African Art, an exhibition exploring how data and technology offer exciting possibilities for groups of artwork that lack deep provenance or contextual information. Kota presents a powerful installation of nearly 50 reliquary guardian figures produced between the 17th and 20th centuries in what is now Gabon and the Republic of Congo.

These unique wood-and-metal sculptures were created to protect the bones of deceased ancestors, but due to missionary efforts and colonialism in the region, many of the Kota objects were subject to exportation and destruction by the early 20th century. Little is known about their original use or specific provenance.

The Pulitzer’s exhibition features the groundbreaking research of Frederic Cloth, a computer engineer who has created a database of over 2,000 extant guardian figures and a series of algorithms to detect previously unknown patterns and groupings within this corpus. Presenting both the algorithmic tool and this fascinating African sculptural tradition, Kota is the first museum survey devoted exclusively to the subject of Kota reliquary guardian figures. 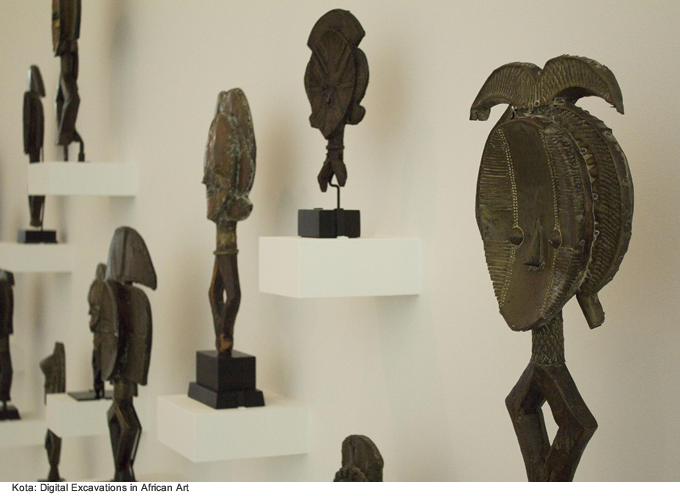 For this exhibition, the Pulitzer collaborated with St. Louis-based software design studio Rampant Interactive—game developers-in-residence at the Foundation—to create the Kota Data Cloud. This captivating installation visualizes Cloth’s research through a large touchscreen and immersive video projection, encouraging visitors to look closely and compare the distinct characteristics of the objects.

Once sorting is complete, the Cloud displays similarities and differences among objects in the user’s groups and provides a comparison to curated groups on view in the galleries. Adding to the experience of the Cloud, Rampant created the Kota Builder, which allows visitors to design their own digital Kota figures based on the original objects.

The digital Kota are submitted to a new database, which will inform the projects that Rampant leads throughout their residency, including data analysis, hackathons, and rapid prototyping of new tools to reinterpret these data sets. 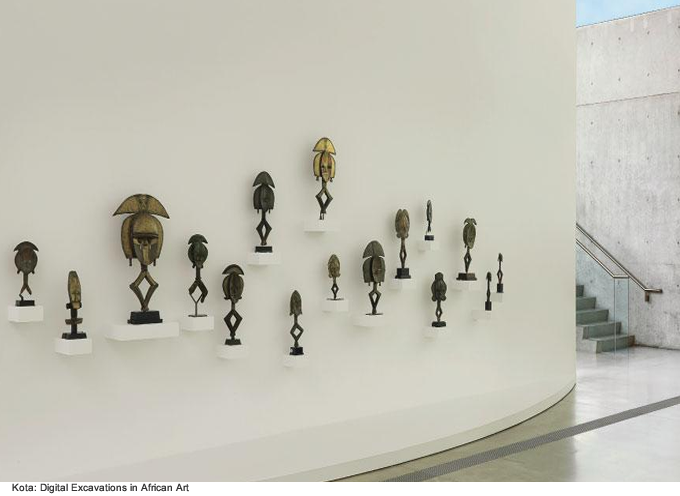 On last December 12, Rampant lead a Data & Game Design Roundtable, at which they will present on the Kota Builder, share data about the user-generated Kota that have been created so far, and preview the 3D printing phase of their residency.