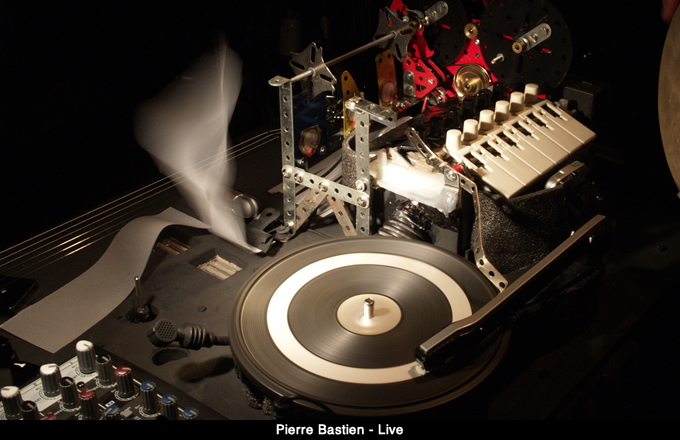 The 6th and the 7th of July, in the ancient-roman town of Foligno, and in its striking locations, it took place the seventh edition of Dancity Festival, a singular event for the electronic music and digital art lovers. This edition was named  “Labour of Love” and indeed this year’s theme was ‘passion and love’ in creating an art project.

Every year the line up is always full of big international names and for 2012 the main  artists were: Trevor Jackson, + Atom TM, Monolake, Vladislav Delay + Giovanni Guidi, Holy Other, Jimmy Edgar and The Cinematic Orchestra. Not just music, however. As for the other editions, along with concerts and DJ sets, exhibitions and installations were presented, in different locations. The festival is organized by the cultural association Dancity, created in 2006 and active in the arts, music and research field. They organize performances, installations, events, meetings and, of course, the festival.

It is interesting to remark that the graphic concept  of Dancity was realized by one of this edition’s artists: Trevor Jackson. He is a versatile artistic character, active both in the field of visual arts and music. Jackson was also the author of one of the parallel exhibitions and he closed the festival with a special DJ set. This festival is an important event in the Italian electronic and digital arts scene, not only for the quality of the artists but also for the international dimension, although presented in a local (aesthetically remarkable) frame. 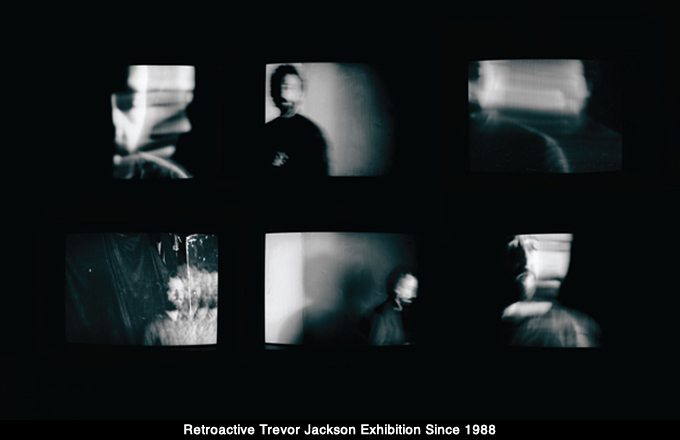 For this occasion, we contacted Giampiero Stramaccia, President and Artistic Director of the cultural association Dancity, in order to ask him some questions.

Silvia Bertolotti: Why is the title of this Dancity edition The Labour of love and why the theme of passion has been chosen?

Silvia Bertolotti: What were the criteria this year for selecting the artists?

Dancity Festival: The symbol of this festival is Trevor Jackson, musician, DJ, producer, graphic designer: he perfectly reflects the idea of the theme we have chosen. He is a person who translated his love for art into his work. In general, we choose the artists for what they have to say, without looking at the rankings or ratings. We love the fact that people come to our festival because they trust us and they can discover every time something new or different, but at the same time interesting and engaging, regardless of the fame of a name. For example, Etienne Jaumet was totally unknown and now he has so many fans at the  Dancity Festival that… he will be back this year.

Silvia Bertolotti: What are the differences, on the artistic level, but not only, between the 2012 and the 2011 edition?

Dancity Festival: We have a specific approach in selecting the artists according to a schedule that follows a theme. We try to create situations where the musical flow is compatible and we try as much as possible to avoid simple mixes. We want to provide continuity to a particular situation according to the performance space. Then the main point is the quality of the artists involved; we study the sounds and types of performance and we insert them in contexts that we consider appropriate. 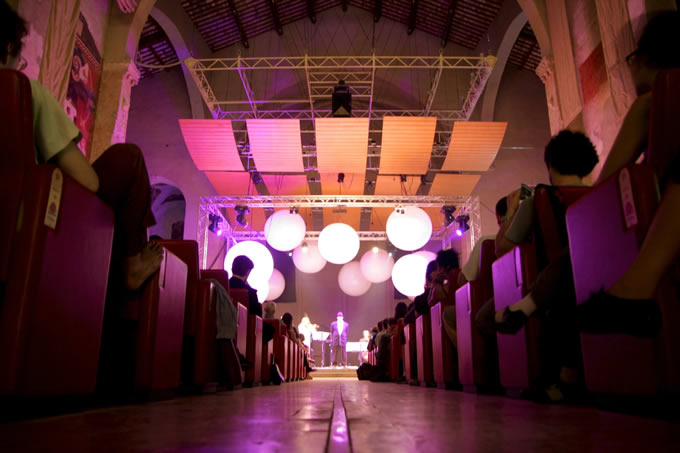 Silvia Bertolotti: What is, if any, the international or national experience in terms of festivals, which mostly inspires you and why?

Dancity Festival: As Kubrick said, I do not know what I like but I am sure of what I do not like. It is not due to an arrogant attitude, but we are not benchmarking us to or looking for inspiration at any real festival inspiring us and we can not even think of comparing ourselves to big festivals with huge budgets. What we try to do is bring forward proposals for research in the field of electronic music, without any discrimination. Let me explain: there are festivals despising the experimental context to focus primarily on dance floor / parties, others who snobbishly think that a DJ has no artistic value. We do not make this distinction, but we choose according to our taste in the different areas and without prejudice of any kind.

Silvia Bertolotti: What is the place of Dancity festival in the context of the festival of electronic music and digital arts?

Dancity Festival: Dancity is a small festival, and it is not meant to grow in the sense of bringing big, commercially-wise names, but always great artists who believe in quality instead of business. We are concerned and we care about people making their choices and researches. We are not interested in having only artists everyone is talking about, there would be no taste: anyone would be able to build a line-up with the names pushed by the media industry. It’s not that we discard them, but we don’t work following these dynamics. 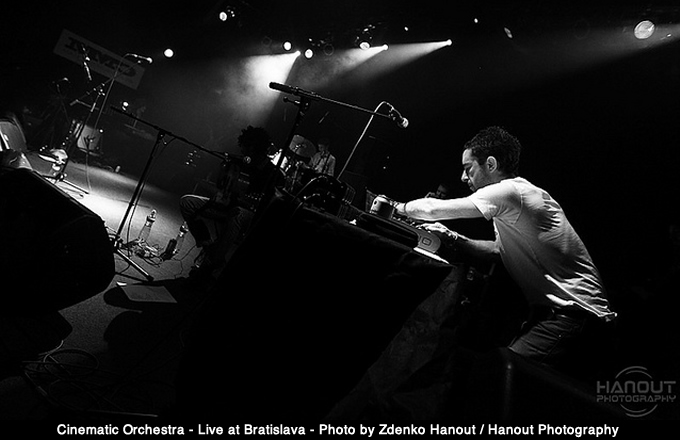 Silvia Bertolotti: What is the direction that you would like to take in the future in terms of artistic programming?

Dancity Festival: We’ll keep on following the same direction we followed in these seven years. This is in fact the line that has characterized so far.

Silvia Bertolotti: What is the institutional and partnership context you work in?

Dancity Festival: The institutions sustaining us are mainly: the city of Foligno, Umbria Region and the Province of Perugia. Furthermore, we establish partnerships with some embassies, particularly the Norwegian and Dutch ones, who supported us for many years.

Silvia Bertolotti: What were the biggest difficulties and challenges in creating a digital-art and electronic music festival in Italy?

Dancity Festival: On one hand, it is precisely the relationship with the institutions, because it is often difficult to explain a cultural project associated with this type of music, which is, especially in a context like ours, not appreciated as it should be. On the other hand, another problem is represented by the communication with the younger audience, especially the local one, who is not driven by general curiosity but only looks for fashion. The challenge is simply how to push them to cross the threshold, in order to discover another artistic approach compatible, exciting and fun. 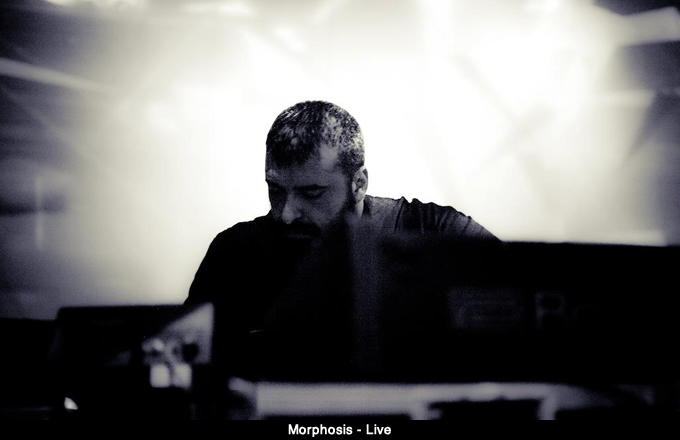 Silvia Bertolotti: Apart from well known artist as Vladislav Delay, Kraftwerk, Monolake and Cinematic Orchestra, what are the most interesting artists of this edition in terms of experimentation?

Dancity Festival: In the immense world of electronic music we pay a special attention to the experimental element, that can affect both listening or dance floor oriented performances. Usually the artists less known are the ones who most surprise the audience. I refer in particular to Pierre Bastien, Zavoloka and Holy Other. And there is also the great live project, based on vintage-synthesizers, performed by the most representative symbols of the French electronic music, like: Versatile Noise Troopers with I: Cube, Gilb’r, Etienne Jaumet and Joakim.

Silvia Bertolotti: How the specific presence of digital art exhibition is conceived within the electronic music context? There will be side events?

Dancity Festival: Among the events I would point out the video exhibition by Trevor Jackson, international graphic artist DJ and producer, who also created the graphic concept for the festival, then the audio-visual installation of the duo from Rome Quiet Ensemble and the projection of the movie Vynilmania of the italian director Paolo Campana.