Bringing the sound of Scotland around the world. An interview with Alex Smoke 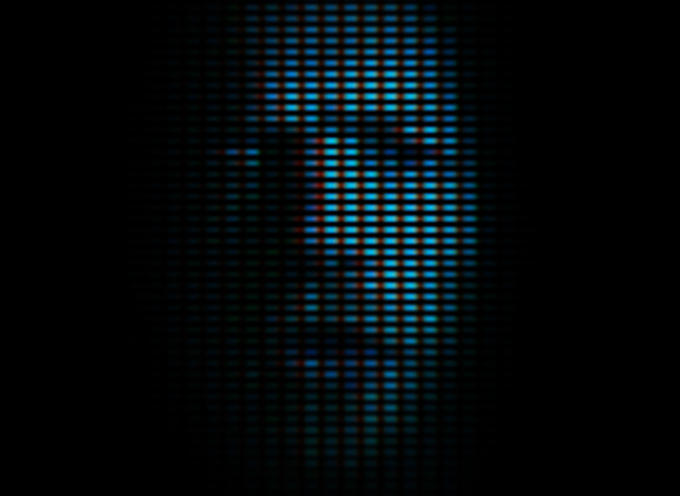 Glaswegian-born Alex Menzies, best known as Alex Smoke, is an eclectic musician and composer who blends different genres and styles. His music production spans from techno to electronica, to a more experimental sound combined with vocals and strings.

He has extensively performed at international festivals and clubs worldwide. Alex was classically trained in cello and piano and during his childhood (from when he was nine to thirteen years old) was part of the Durham (UK) cathedral choir. The very structured and rigorous education he acquired during his childhood gave him a solid basis that revealed its critical importance for his future artistic development.

Alex’s huge and diverse discography includes the studio albums Incommunicado (Soma Records, 2005), Paradolia (Soma Records, 2006), and Lux (Hum+Haw 2010), a long list of EPs and remixes, and among the others a full score composition for string quintet and electronics of the film Faust (Murnau, 1926), sponsored by the Scottish Arts Council and performed by The Scottish Ensemble.

His latest project Wraetlic (Convex Industries, 2013) marks a new direction that brought Alex to explore different creative territories. Wraetlic is a vocal-oriented work, based on short song-based tracks with real lyrics. The AV live show features accompanying hand-coded bespoke visuals created by the Japanese visual artist known as ARch Project. During the live performance Alex Smoke creates a shadowy and ethereal atmosphere, enhanced by the distorted and haunted vocals, and the compelling visuals. Through Wraetlic, especially in its AV live setting, Alex seems to bring the Scottish landscape with him, recreating the environment and the acoustics of a gothic church, its darkness, its light, and in general its spectral and fascinating allure. 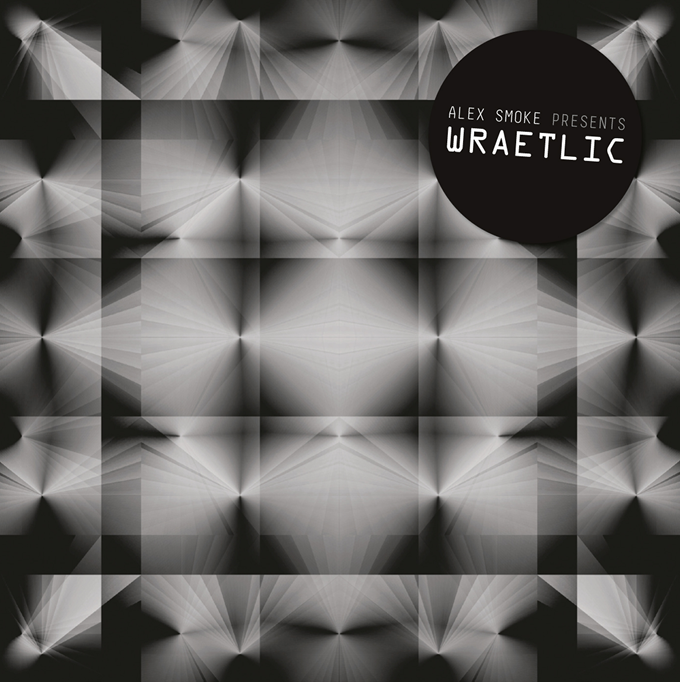 I met Alex Smoke before the sound-check of Wraetlic at the Fonderie Kugler, during the last edition of the Mapping Festival in Geneva. In that occasion I had a very informal and pleasant chat with Alex about his latest project, his training as a musician and his involvement in the electronic music scene. It was very fascinating discovering that a young musician is more interested in the creative process and composition, trying to be free from the constraints imposed by the record labels and the market in general

Donata Marletta: I like the fact that your music is not easily classifiable. Can you tell something about your latest project Wraetlic? Does the word Wraetlic have a meaning?

Alex Smoke: Wraetlic it’s a ghost like, it’s a very ancient English word. With the record I just wanted to do something more “poppy”, for me it’s quite a pop record, although it has been defined as dark.

Wraetlic it’s about short songs, a looser genre to which I incorporated a visual element. The fact that the lyrics are not clearly understandable it’s a divider, some people really like it, others don’t. Some of the songs have words, but most of the times I used the words as an instrument and for some people it’s annoying that they don’t clearly understand what I’m saying.

Donata Marletta: What can you say about Wraetlic’s accompanying visuals?

Alex Smoke: I just wanted to work with the Japanese visual artist ARch Project, it was a chance to do new things. I met Vokoi aka ARch Project in a festival in Japan where I was playing and he was accompanying my set with his visuals. When I finished my set I went to him and congratulate asking if he was interested in doing the visuals for my new record Wraetlic. We basically met by chance; this is the world we live in! 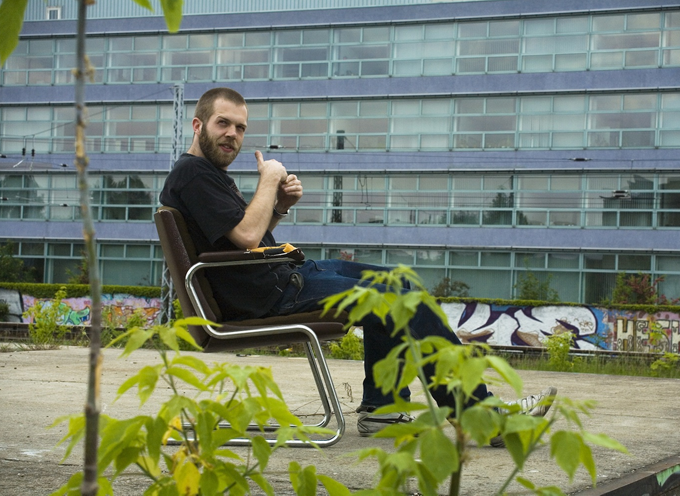 Donata Marletta: What was the source of inspiration for this new project?

Alex Smoke: It was a combination of different things. When the press release was written the guy went crazy with the all tortured soul kind of language. At the time I broke up with my girlfriend so there is a bit of passion stuff and then a bit of politics, but it’s not explicit, you can’t really understand what I say, but it doesn’t matter, it’s just what is going on in my head. It doesn’t have to be defined.

Donata Marletta: Can you tell me something about your background (education, music, social context)?

Alex Smoke: My mom was a professional violinist, when we were kids we all played instruments for years and years and years. I hated it at the time, and when I was nine years old I spent five years in a cathedral singing in a choir. It’s like being a professional in a full time job; discipline is a good training, and represented an important part of my life. My dad is a classical music freak and has a huge record collection. I was always playing instruments but I discovered that with a computer you can make whatever music you want, it’s free. At the time when you are young you don’t appreciate but now of course I love it because it’s my background. The classical music background works on two different levels. On a creative level you are rebelling against the structure, but it also gives you discipline, which means that I was very disciplined when I was making electronic music.

At the age of 21 my grand mother gave me a computer for my birthday and I realised that it’s just a tool and you can use it to make anything, it’s open, so if you have imagination it’s like a box of magic with endless possibilities. What annoys me it’s when people are so strict with themselves with what they allow to themselves, because it’s counter-creative, and encourages other people to follow that furrow and instead of being innovative they just do the same thing endlessly.

When I started making music it was more about listening to the radio, in particular listening to techno and hip-hop. Through the radio I discovered this new world and I bought record decks and started doing music by myself. The music I gravitated in was electronic and techno, I didn’t know what it was called, I didn’t know who was making it, I knew nothing about it, I just liked it, and it was new, it sounded totally unlike anything. 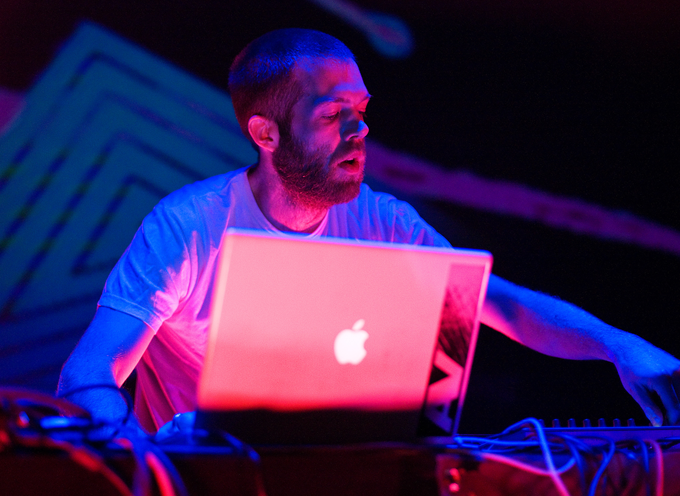 Donata Marletta: How did you get involved in the electronic music scene?

Alex Smoke: I just always loved it. When I started making music Laurent Garnier was one of the first DJ I loved, and also Carl Craig and the Detroit scene, I listened to drum’n’bass too. When you are young you don’t divide things so much, it’s just music. I used to go to a record shop picking up a record and not listening to it because I was scared to ask the guy at the record shop how it was, so I picked up loads of records, so I have quite an eclectic music list. But you know … it’s good, it’s music.

Donata Marletta: What was the turning point that brought you to change direction in terms of composition?

Alex Smoke: There are no defining moments, when I started making music I was going clubbing every week-end but then it was a natural creative progression, you want to explore and try new things. Creatively is good, but economically it could be tough because people want you to do the same thing forever, but it bores me crazily, so I like doing new things.

Donata Marletta: What kind of music do you listen to lately?

Alex Smoke: I like Radiohead. I listen to electronic music and I go through different stages, I like the more experimental side of things, like the Raster-Noton productions, like Atom TM who’s playing here at Mapping, and in general things that are technically interesting but also musically interesting. I also like pop music but mostly alternative takes on pop music. There is a Brooklyn-based label called Tri Angle, which signed great artists, and so they have a very good selection of releases. Another thing I really loved recently is Colin Stetson, his music it’s so invigorating. 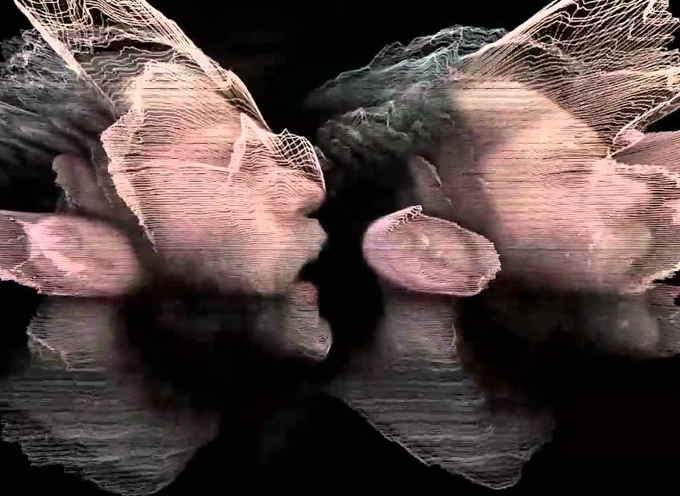 Donata Marletta: Why did you recently move to Berlin (only if it’s not strictly personal)?

Alex Smoke: I know a lot of people there, and when I split up with my girlfriend we lived in London, and London for me is tough, I love it as a city but living there is too stressful. Berlin is more relaxed, open and creative, and it’s a real melting pot.

Donata Marletta: How do you like performing at festivals?

Alex Smoke: I like performing at festivals because I like the dynamics and also the fact that you get to know new people. Sometimes my job could be quite solitary, so festivals are nice because I get to interact with other artists.

Donata Marletta: If you could choose doing a remix, which one would it be?

Alex Smoke: I don’t really enjoy remixing because it doesn’t inspire me. I’m more into composition and I do like working with the vocals. I did a remix of a Steve Reich’s piece, but I wouldn’t do a classical piece again.