The age of Electroacustics. Transforming Science and Sound

Roland Wittje is Associate Professor in the Department of Humanities and Social Sciences at the Indian Institute of Technology in Madras, India. In his book “The age of Electroacustics. Transforming Science and Sound”, published by MIT Press, Wittje traces the history of acoustics during the interwar period (mainly in Germany, but also in Britain and North America), leading an enquiry theoretically grounded in the physics and its transformation into the so called ‘technical acoustics’ or electroacoustic, conceived as an independent and scientifically founded discipline, not as mere science of musical sound.

As he states: “acoustic had changed from a scientific field based on the understanding and performance of classical music into one funded by electrical engineering and media technologies: electroacoustic”.

The first decades of the twentieth century also saw the emergence of electrical engineering which largely and deeply contributed to a new approach to the understanding of classical music, mainly through the incorporation of electric sound production into traditional compositional practice. In that period, several academic disciplines also had new developments: physics, physiology, psychology, phonetics and electrical engineering; this multidisciplinary context is taken into consideration by the author’s analysis, while his focus is certainly physical acoustic within a broader academic and scientific framework. 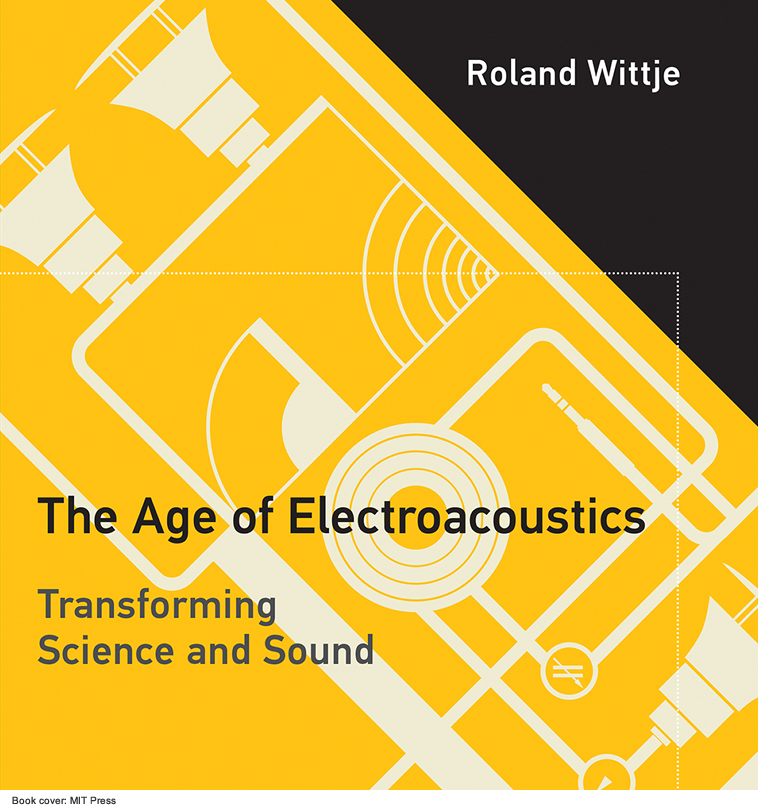 The methodological approach used by Wittje combines both history and physics (conceived not as mere mathematical investigation about atomic structures, but as a whole study about the nature of physical phenomena, in particular “sounds”). This double perspective, together with the engineering point of view, enriches this book, offering a complex and exhaustive overview about the very essence of sound (noise, oscillation, to the electrification of sounds, electrodynamics theory, circuit design etc) without forgetting the historical context and the developments of industry that actually affected every scientific theory.

Additionally Wittje’s never forgets to historicize concepts and notions (like noise, sounds etc.) while considering specific technologies like sound recording, sound propagation and sound amplification which actually “changed the relationship between sound, space and time in a very physical sense”.

The author argues that “this transformation of acoustics into electroacoustic went far beyond electric technology and led to a conceptual redefinition of sound” which is at the end, the object of analysis in this remarkable study. In this sense, “The age of Electroacoustic” represents an original and successful attempt to ground sound science at the very intersection of history, science and engineering, without reducing the complexity of the subject.